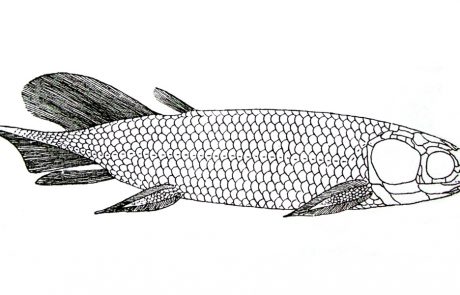 This dipnoan is a small to medium sized fish (although few examples are known of specimens over 30 cm, see picture at the top) and was the most common fish in the Eday Flags. It had tooth plates that looked similar to Dipterus. The fish is recently described by Tom Challands et al. (2016). It looks much like the Devonian lungfish Scaumenacia curta from Miguasha, Canada. Both species have no cosmine on their scales and head plates. 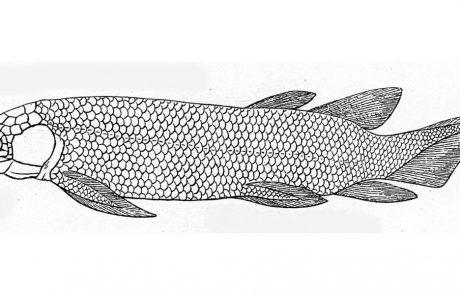 At the start of the 19th century the lungfish Dipterus was one of the first fish described in many papers. It has peculiar tooth plates and a strange lower jaw. Together with this, and the fact that there are still lungfish living today, it makes this a very interesting fish. On Orkney articulated specimens can be found in the Sandwick Fish Bed and disarticulated specimens almost everywhere. In the Eday Subgroup Dipterus is “replaced” by Pentlandia macroptera. 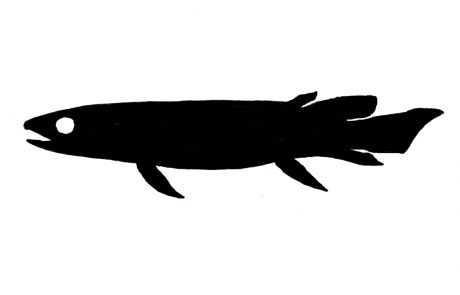 The lungfish from the Devonian Orcadian Basin are well known and described in great detail in many publications. A new species of dipnoan, Pinalongus saxoni was recently identified from Caithness and was named after Jack Saxon the famous fossil expert from Caithness, Scotland who died in 2005. 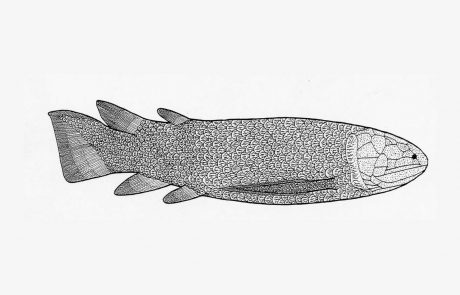 This species can be found in the sediments above the Sandwick Fish Bed, from the Upper Stromness Flags up to the top of the Rousay flags. It is similar to Glyptolepis leptopterus, but longer. Like that species it is poorly known. 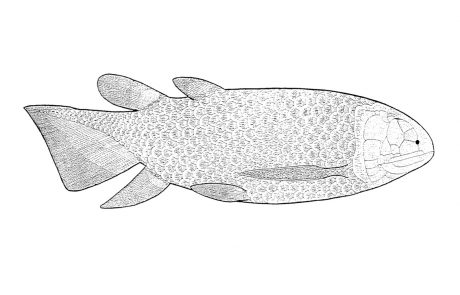 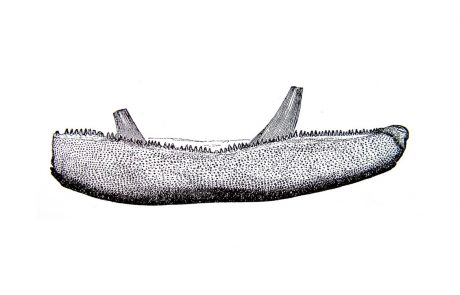 This porolepiform fish, received its new name by Per Ahlberg in his 1989 unpublished thesis on Glyptolepis from Scotland (see references). It is one of the biggest fish in the lake and a fierce predator. The fish is very rare, as is often the case with predators at the top of the food chain. More work needs to be done on this species. This porolepiform can be compared with the genus Laccognathus from Latvia and Estonia and more recently from Canada, (Downs 2011).

In the Orcadian lake, the porolepiforms were fast swimming fish with strong teeth and were the top predators. They are evolutionary closely related to the first vertebrate land animals found in the Upper Devonian. They biggest could reach a length of more than a metre. They are mostly found as loose elements, such as, scales, teeth and head plates, in the sediments indicating a shallow environment. Rarely they are found completely articulated, mostly in sediments indicating lake deposits lacking oxygen. 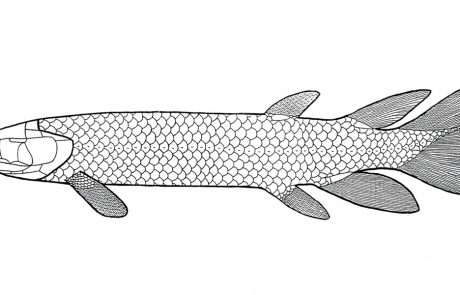 This fish is from the youngest fish-bearing Subgroup on Orkney, the Eday flags. There is a great deal of resemblance with the well know species Eusthenoptheron foordi from the Upper Devonian of Miguasha, Canada. The species Eustenopteron foordi has been described by Jarvik in great detail in several publications. 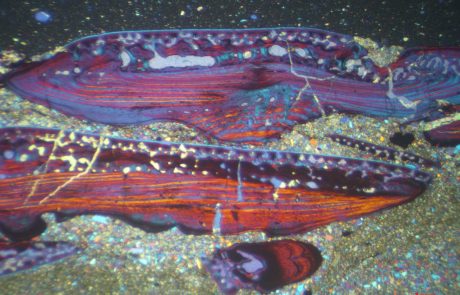 Photomicrographs of a thin section of scales of Thursius pholidotus Gallery

Photomicrographs of a thin section of scales of Thursius pholidotus

The normal photomicrographs do not show much of the individual growth zones but when looked through a polarising microscope with the help of crossed nicols the growth zones show as light and dark bands. 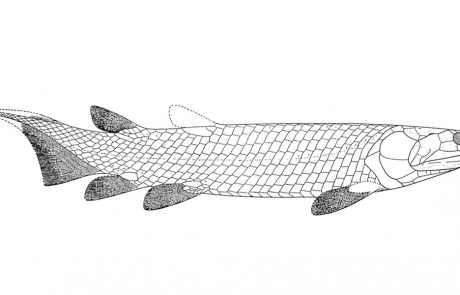 This medium to large sized osteolepid is found at the base and higher up in the Rousay Subgroup. In the fish beds it is common, often together with the tiny arthrodira Millerosteus minor. In the sediments, indicating a shallow water condition only scales and plates of the head can be found. The scales look very much like those of Gyroptychius milleri.