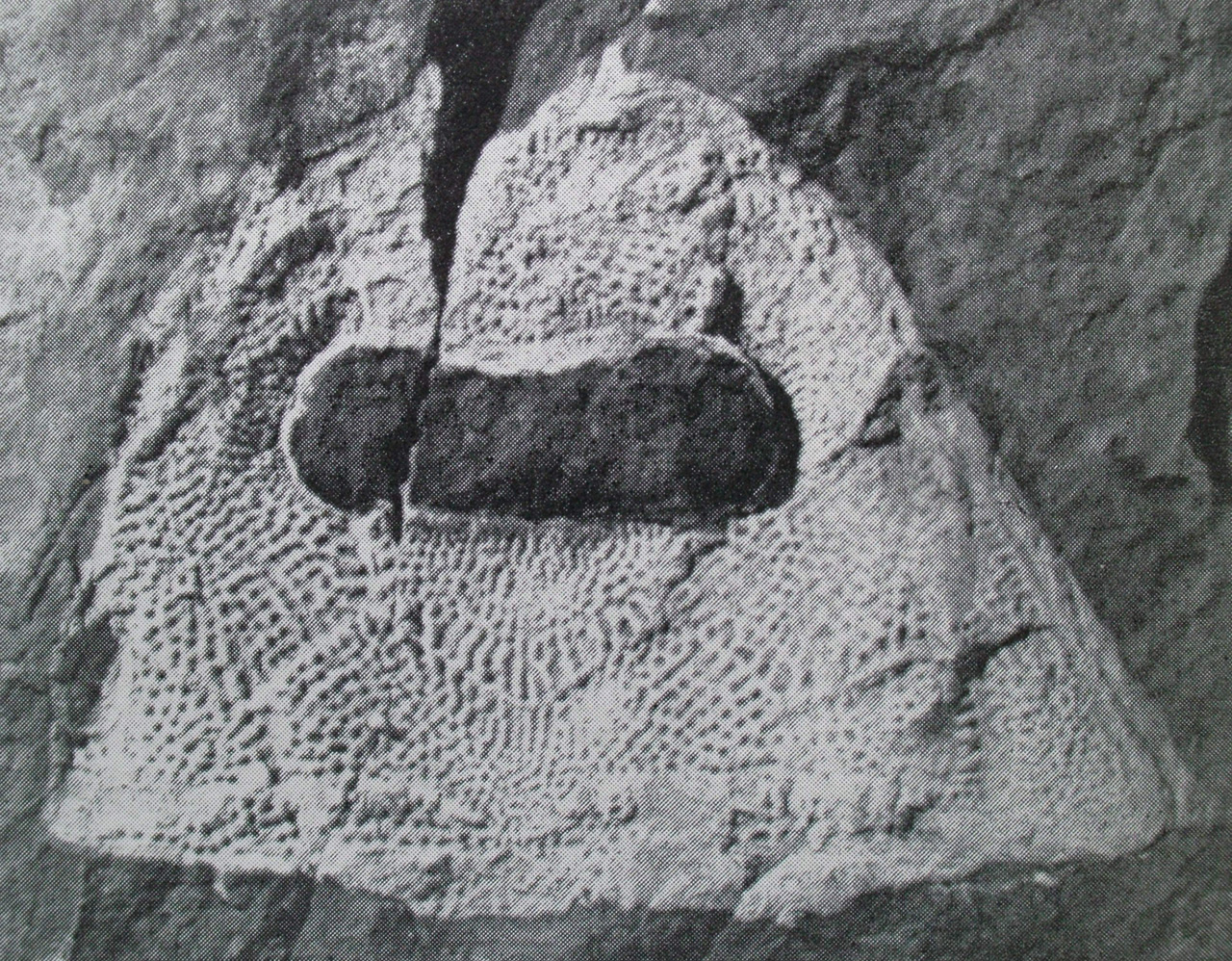 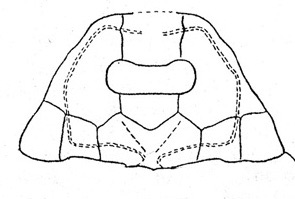 Head from Regional Geology of Orkney and Shetland (after Mykura, 1976, © British Geological Survey). 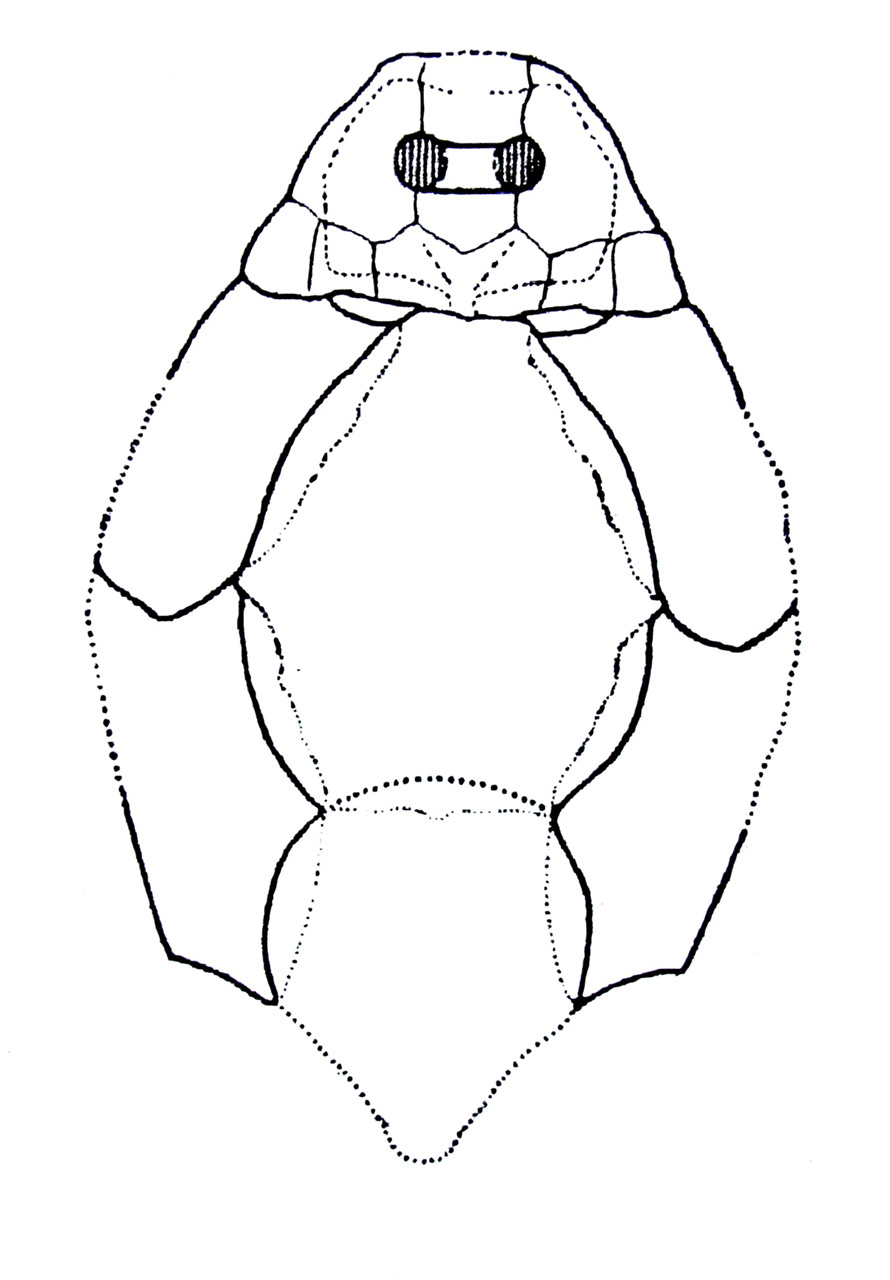 This medium sized antiarch is very rare and until recently only a head from the collection of the British Geological Survey was known as shown above. More recent David Leather and others collected more dermal plates of this fish from several localities on Orkney. It is found in the Rousay Flagstone Formation and probably also at the top of the Upper Stromness Flagstone Formation.

The general morphology is similar to Pterichthyodes milleri and the fish probably also lived in the same habitat. They were clearly bottom dwellers, but we do not know what they were feeding on.

The new finds made it possible to give a more accurate description of the species (Newman et al. 2019) The genus is found worldwide but particularly good specimens come from the Lode Quarry in Latvia. Hugh Miller wrongly identified several fossils from Caithness and Orkney as Asterolepis in his book, ‘Foot-prints of the creator or, the Asterolepis of Stromness from 1849’ (see also on this site the page on Asperocephalus milleri).

Most of the figures below are showing specimens from the NMS and are © protected. 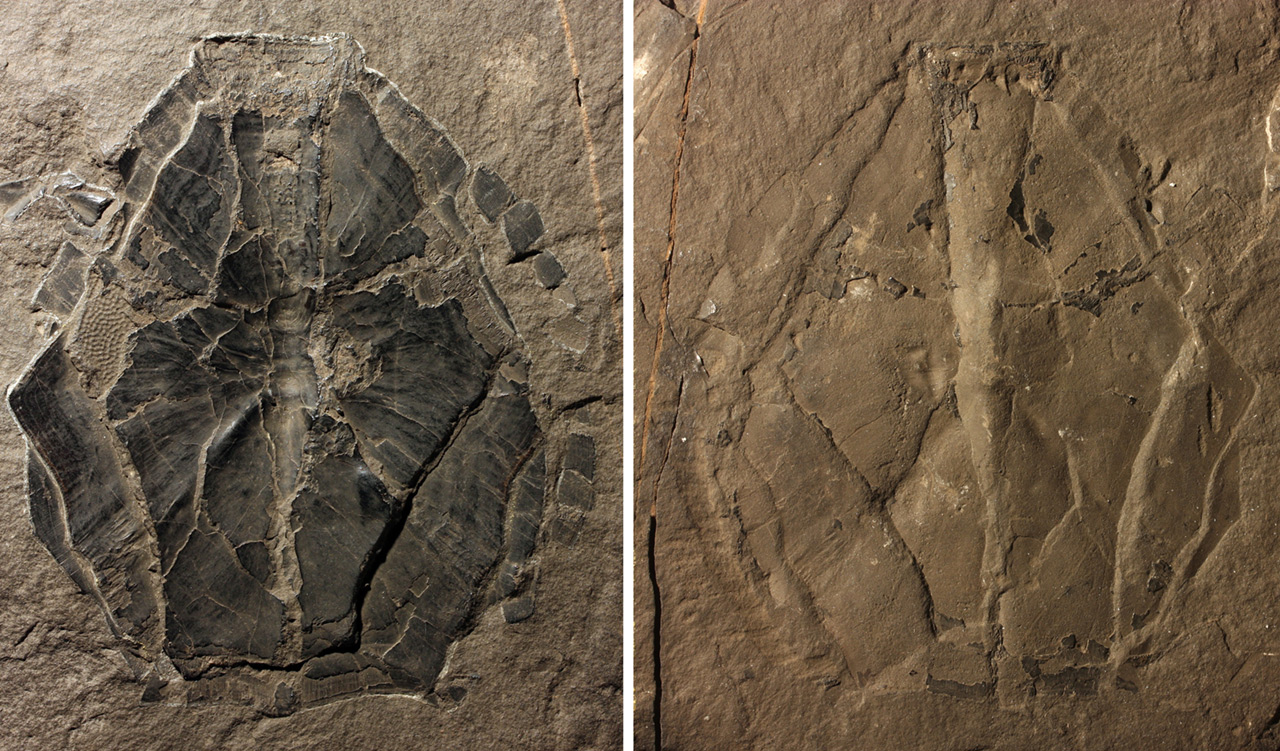 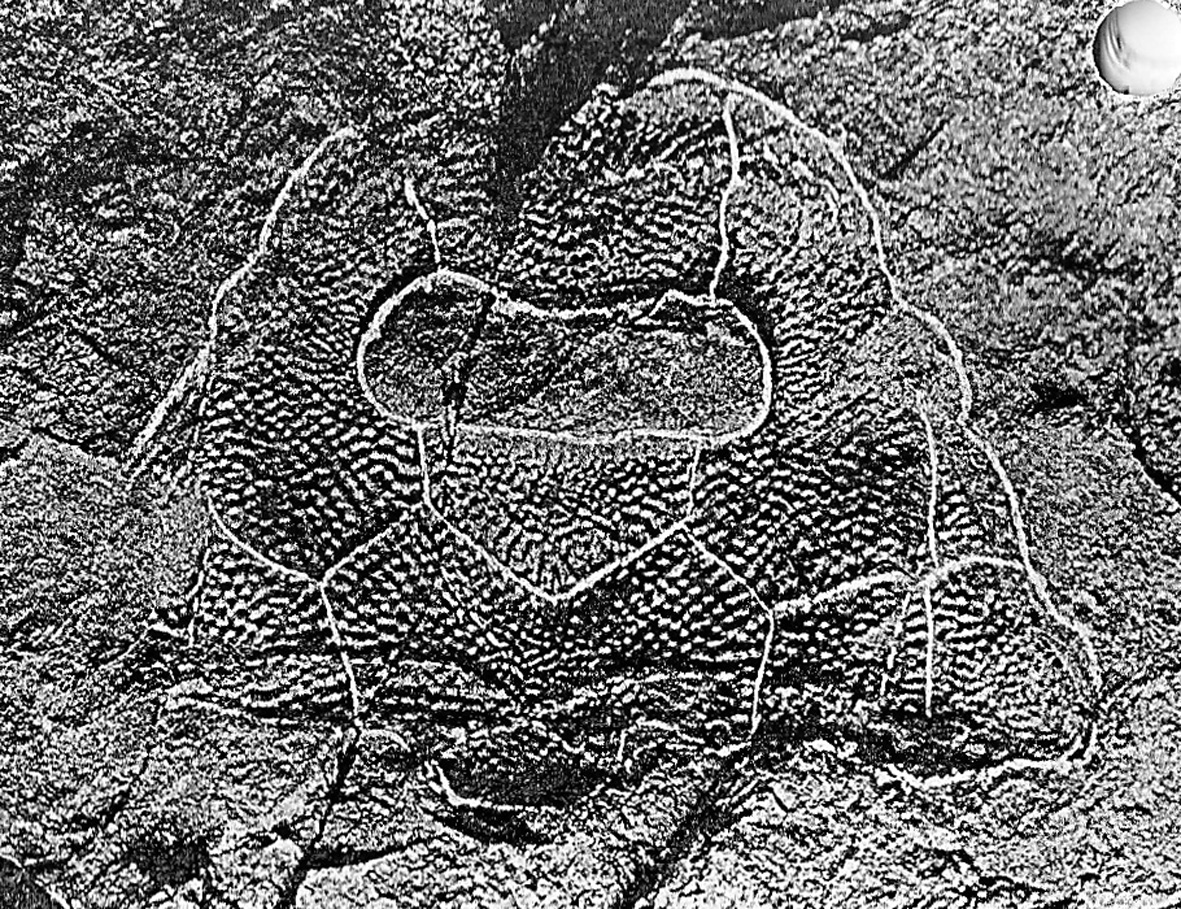 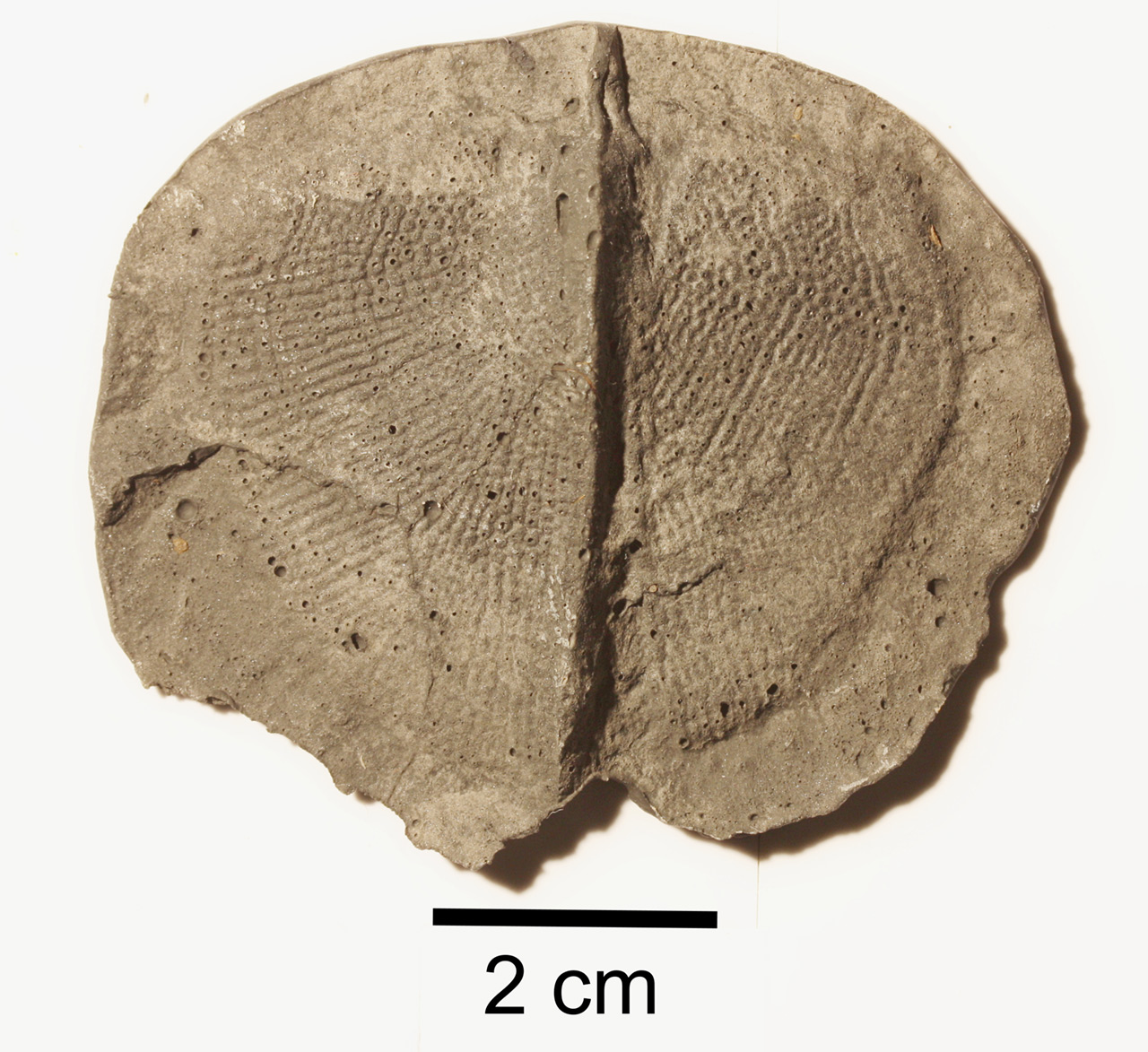 Posterior median dorsal plate, collected by David Leather on Westray, Orkney. This is a cast from the negative. 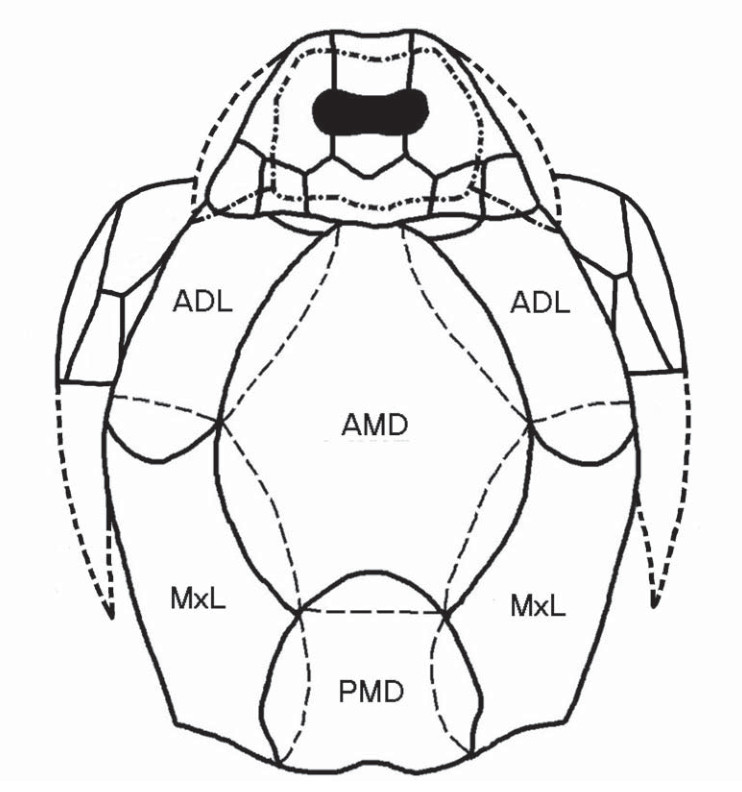 Reconstruction of Asterolepis orcadensis partly based on Watson (1932), from (Newman et al. 2019)