Definition: wave-generated accumulations of large boulders on the tops of cliffs

A striking feature at a few sites on rock coasts of the British Isles exposed to Atlantic waves is the presence of cliff-top storm deposits (CTSDs). These boulder accumulations occur well above high water mark at elevations of up to 50 m OD (Williams and Hall, 2004). The boulder accumulations have been referred to as storm beaches (Mykura, 1976) and block beaches (Kinehan et al., 1871) and share some of the characteristics of storm boulder beaches close to modern sea level, notably the localised development of beach ridges with seaward-dipping, imbricate boulders. The angularity, lack of sorting and frequent presence of boulders over 1 m in length are not features commonly associated with storm beaches and point to affinities with tsunami deposits (Dawson, 1994). 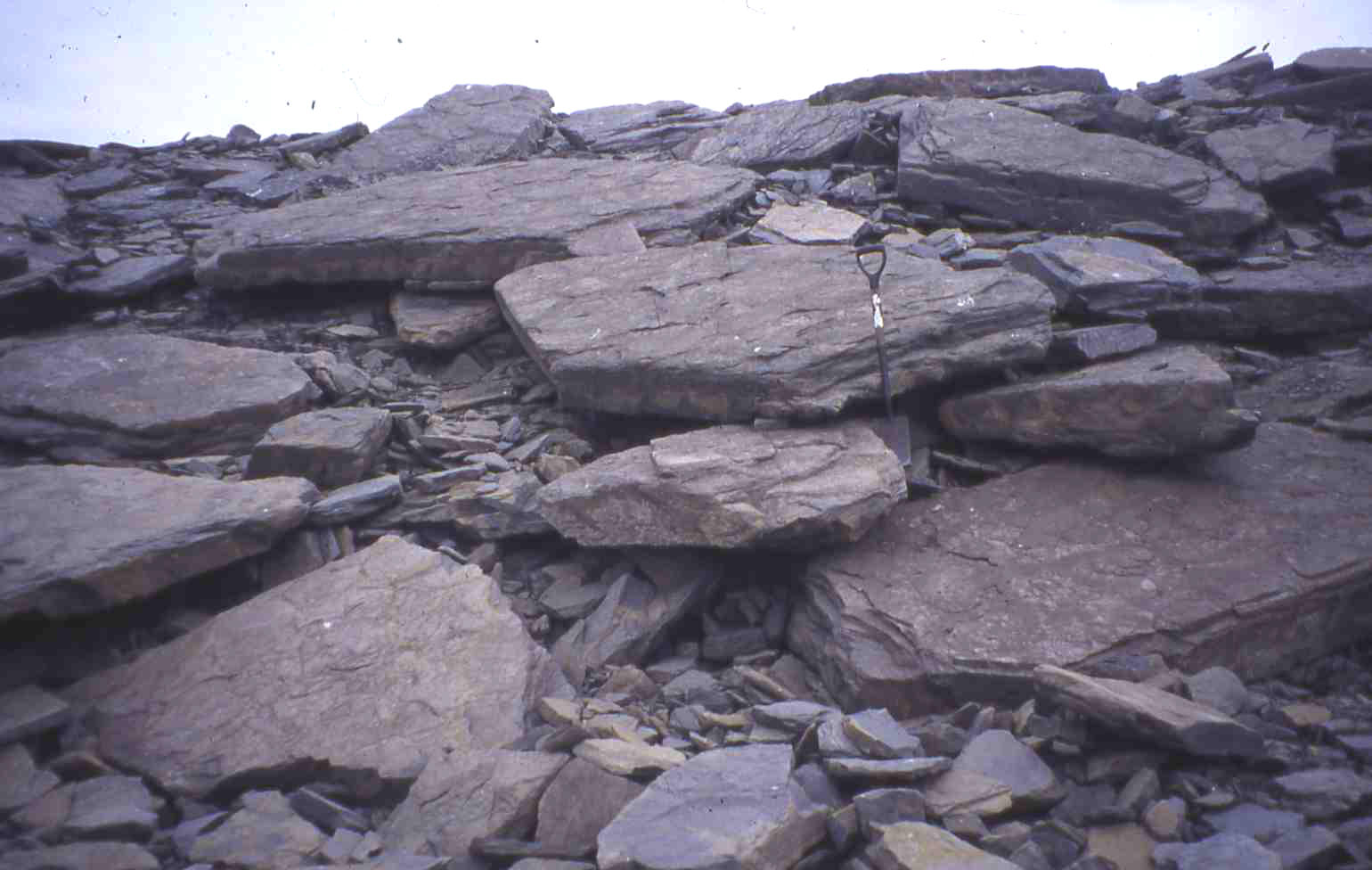 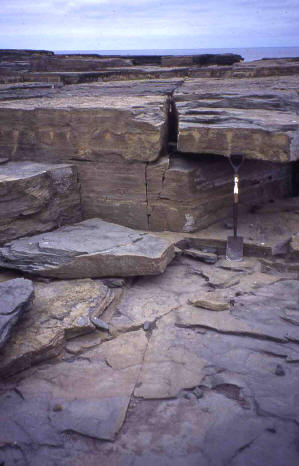 Recent block fracture and movement at The Nev 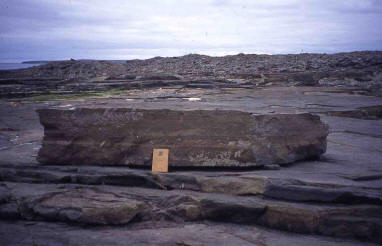 Cliff-top scouring by waves is more extensive than boulder accumulations, which rarely extend more than a few hundred m along the coastline. This indicates that the formation of CTSD’s requires highly specific site conditions. Where cliff tops lie above 22 m OD, boulder accumulations are absent, as wave action generally does not reach to these elevations. Most cliff-top boulder accumulations occur at around 10 m OD.

Two factors appear to control the occurrence of boulder accumulations on cliff tops: bathymetry and cliff profile. Water depths of 10-20 m occur only a few tens of metres offshore. The presence of skerries generally precludes the formation of cliff-top deposits. In cross-section, the cliffs with boulder accumulations have a lower near-vertical section which extends down to at least low-water mark and an upper ramp, which may slope to seaward or landward. The detailed configuration of the coast, particularly the size, orientation and form of geos and the height and form of cliffs, exerts a major control on the distribution, altitude, clast orientation and clast size of the cliff-top deposits. 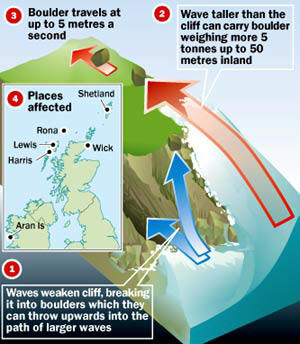