Definition: a strip of land between high and low water mark and made up of deposits of mud, sand or gravel. A beach can be viewed as the entire system of sediment that is set in motion by waves to a depth of ten meters or more off ocean coasts.

Beaches of sand and boulders would appear to be the most unlikely landform to be found facing the high-energy environment of the open ocean. The beach is far from stable – it adjusts its shape continuously in response to changing wave energy and so maintains a dynamic equilibrium with its environment. Beaches are energy sinks and act as buffers between waves and the coast. Wave energy is dissipated by wide flat beach profiles that spread the oncoming wave energy. On the other hand, low energy flat waves are easily dissipated by a narrow steep beach. Shingle or boulder beaches can dissipate wave energy in inter-particle friction and jostling. 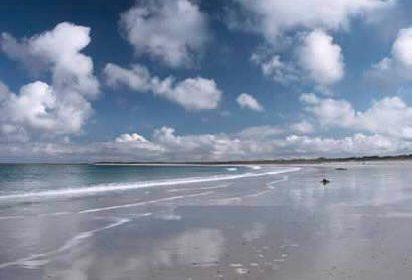 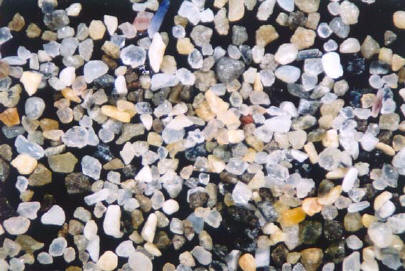 Beach sand under the microscope - Bay of Skaill

A feature of Orkney beaches is that low, flat swell waves, typical of summer, bring in 1m to 2m of offshore sand to fill the beach area and form a steepened profile. During winter, the high, steep storm waves erode this beach face and transport the sand seaward where it forms as a long-shore bar near the base of the beach profile, reducing the gradient. In Orkney, with about 3m tidal range, beach gradients can vary from 0.5-11.0˚, giving beach widths of 300 m in winter and 15 m in summer. Beach particle links to gradient, with the steepest beach faces on boulder beaches.

Shoreline beaches generally follow the coast but the beach does not reflect any irregularities of cliff or coastal slope as it adopts a smooth curved seaward limit. The alignment of such beaches is parallel to the wave crest curvature in the dominant direction of  wave approach. 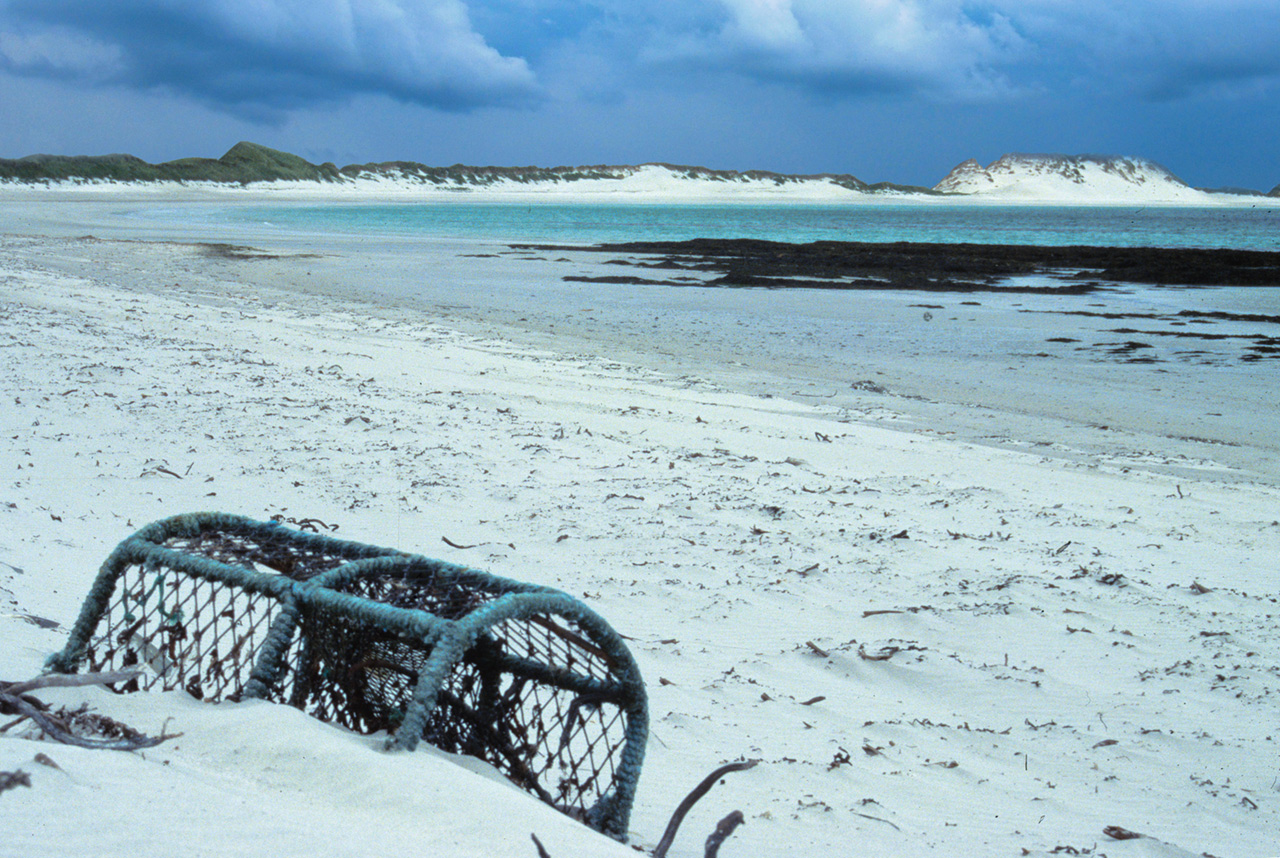