The continuing rise in sea level and the significant tidal range on Orkney has favoured the development and persistence of salt marsh. Fine-grained sediment is trapped behind bars and ayres and gradually migrates landward, as erosion removes material from the seaward edge and shifts it inland. Orkney salt marshes are small and exist usually in areas sheltered from strong wave action.

Orkney marshes are developed on a range of materials, ranging from gravel to clayey muds. The mudflats of the lower marsh are flooded twice a day, according to the season and tidal cycle. Only Eelgrass (Zostera spp) can tolerate this inundation but Glasswort (Salicornia europaea) and Sea-Blite (Sueda maritima) may colonise slightly higher levels. Marsh surfaces are much higher, relative to mean tide level, than mud flats and are consequently flooded less frequently. Water enters and leaves the marsh zone via a branching system of ditch-like channels. The height at which mud flat surfaces become vegetated is dependent on plant species and the salinity levels of the tidal water. After plant colonisation, the rate of deposition will increase on the marsh surface as fine-grained debris is deposited in the slowest moving water around the leaves. As the marsh surface rises a succession of plants can occur – Halimione portulacoides (sea purslane), Aster maritima (sea aster), Puccenelia maritima (salt marsh grass) and Limonium vulgare (sea lavender), ending with Armeria maritima (sea pink) on the highest levels.

The marsh height will increase by the addition of organic matter from the dying plants forming a silty peat and eventually just peat on the surface. Occasional storms may add thin stone layers and flotsam lines may become incorporated. Over time, the accretion rates on salt marsh surfaces show a gradual decrease as the surface height rises. In young marshes (0 – 100 years), the accretion rate may be as high as 10 centimetres/year but on older marshes (200 – 1000 years) this may drop to less than 0.001 centimetres/year. Salt marshes are often enclosed by spits and bays, which provide sheltered conditions for deposition.

During the development of salt marshes, a small cliff may be formed at the marsh edge, sometimes as much as one metre in height. Sea-level drop may cause accretion to resume seaward of this cliff so that several terrace-like features are to be seen in some marshes. This may explain the two peaty salt marsh terraces seen in the Hamnavoe area of Stromness harbour, Brig o’ Waith and many other locations. 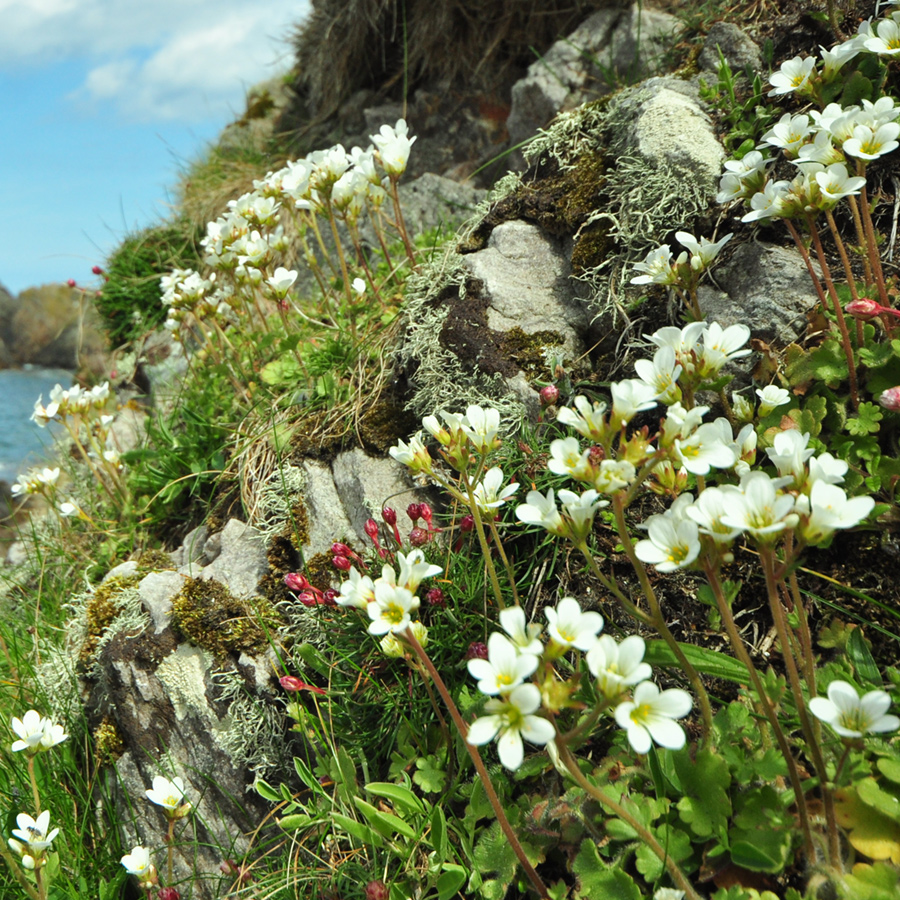 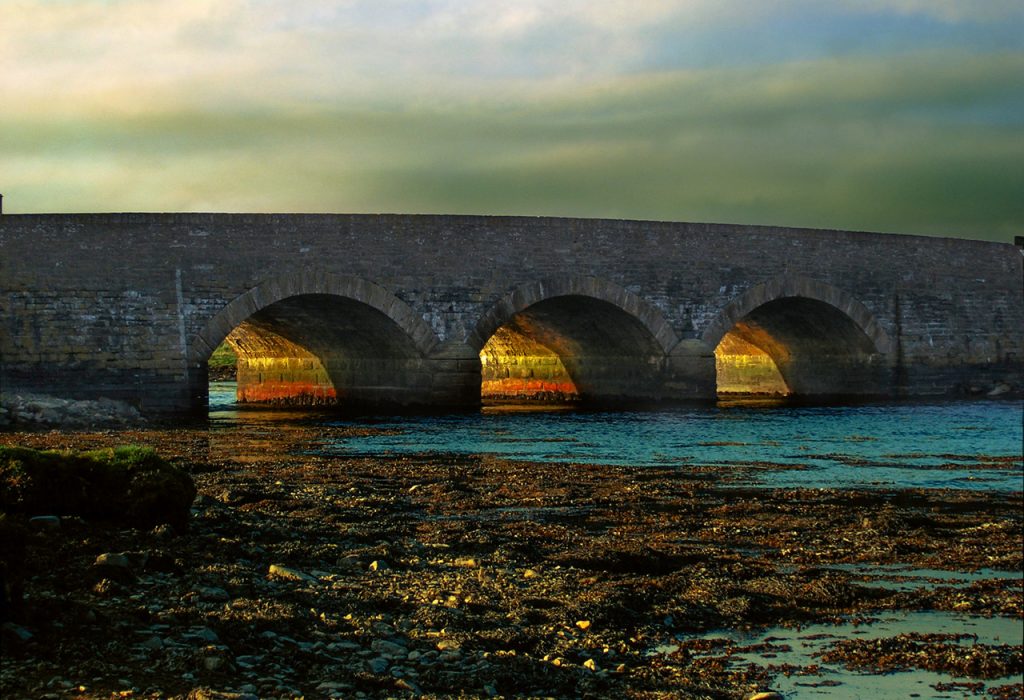