Definition: one or more beach ridges above the level of high tides formed of boulders deposited during storms

The western coasts of Orkney possess a remarkable array of boulder beaches which reflect the frequency of high seas and the availability of bedrock for quarrying. The beach crests may extend many metres above sea level and merge into angular cliff top storm deposits. 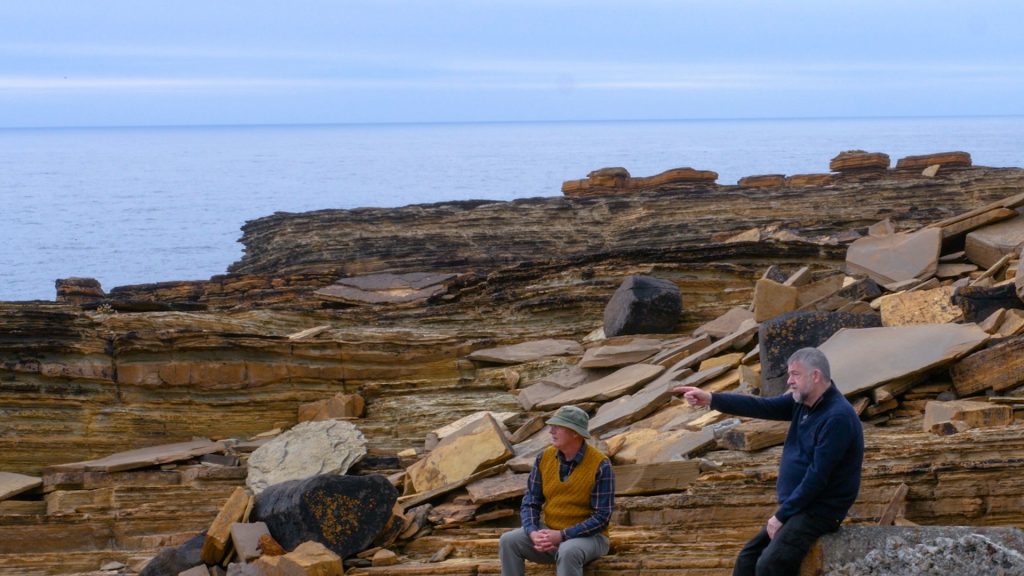 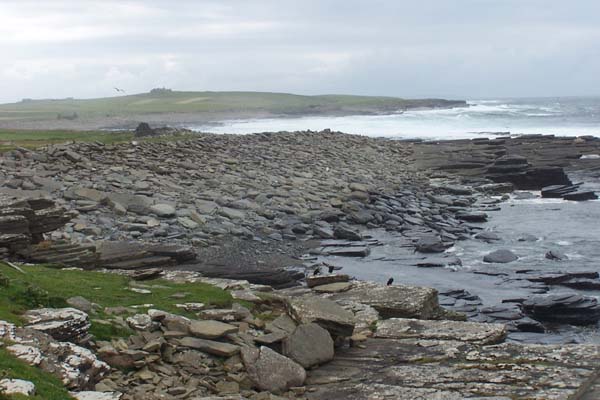 The beaches showing the size sorting typical of beaches, with smaller shingle at the base of the beach. This material is rounded, reflecting the frequency of attrition as waves move the stones back and forward. The coarsest material forms the beach crest and here 1 m diameter boulders are not uncommon. These blocks may be less rounded, partly because only the biggest storm waves reach this part of the beach but also because blocks are often quarried by waves from the rocky shore in front of the beach and immediately thrown inland. A cover of lichen on the beach crest, notably the grey Leconara sp., indicates that the uppermost part of the beach has not been reworked for many decades.

Behind the crest may lie older blocks, partly embedded in turf, that mark where the largest historic storms have overtopped the beach ridges. Bay head storm beaches frequently form ayres and lagoons – these lagoons may show trash lines and retain a record of historic storms in the sediment on the pond floor.