Definition: steep to vertical or overhanging rock slope at the coast, free of soil and regolith 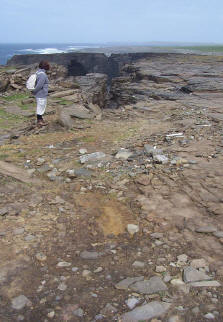 Geo extension along a 1 m wide line of breakage parallel to the cliff. Near Scaun, Westray.

These linear clefts in the cliff line reflect marine erosion along the line of weakness. Where joints and other planes weakness are close together, these long, narrow slots develop in response to selective marine erosion between the neighbouring planes or weakness. They can also form through roof collapse of narrow sea caves. Many geos have a boulder beach at their head, generally with large amounts of flotsam. Too many Orkney geo heads continue to be used as rubbish chutes perhaps in the mistaken view that the dumped debris will be taken out to sea in storms.

The restricted width of many geos is partly a reflection of the narrowness of the line of geological weakness that is being exploited. On Orkney most geos align to trap dykes and faults. These zones of weakness are often surprisingly narrow. Furthermore, not all faults are associated with geos. The location and spacing of these spectacular cliff forms awaits further study. 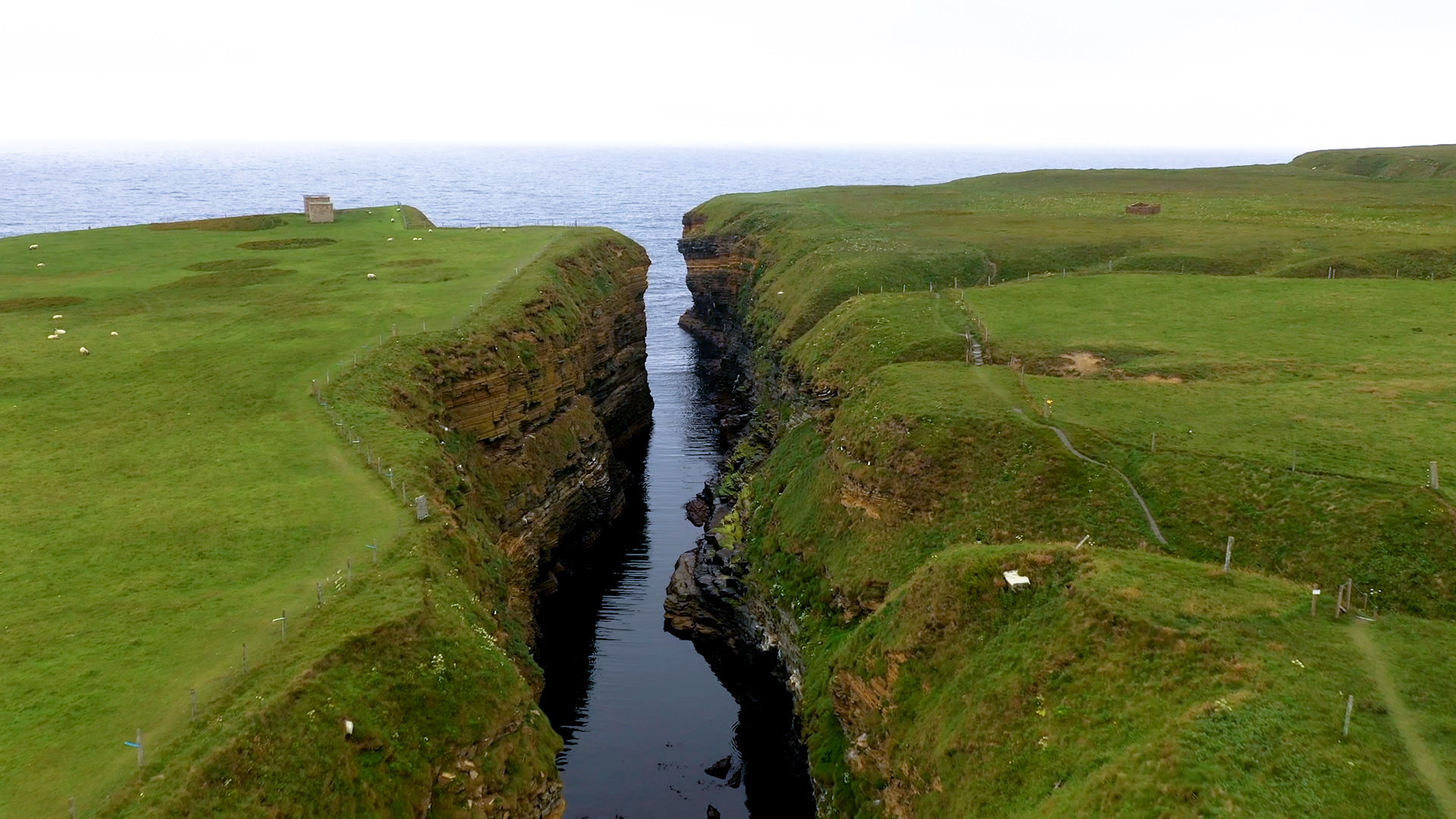 In some parts of the coast, the presence of till in geo heads indicates that the sea is only now completing the task of cleaning out pre-existing canyons. Elsewhere major rock falls leave no doubt that geo extension continues today.

The processes of landward extension are a little better understood. Where the geo ends in a rock wall then cavitation and hydraulic action must be dominant. Geos with bay head beaches have the possibility of abrasion but lichen-covered boulders must only be mobilised during major storms. Where fracturing or weathering has reduced the rock into small blocks or even grit then the sluicing effects of spray will remove this debris and may undermine larger blocks. Although no measurements exist, it is likely that incoming storm waves can generate high water and air pressures in fractures at the heads of geos, leading to extension of fractures landwards. The suction of the withdrawing wave water may also allow plucking of loosened blocks.