Arches are natural openings eroded out of the cliffs by marine processes. Some arches appear to have developed from surge channels, which are created by wave refraction causing the focussing of wave fronts on the side of a headland. More generally, arches develop where waves attack a plane of weakness which cross-cuts a promontory. Caves produced on either side of a promontory may become joined over time to become a tunnel and, finally, an arch. 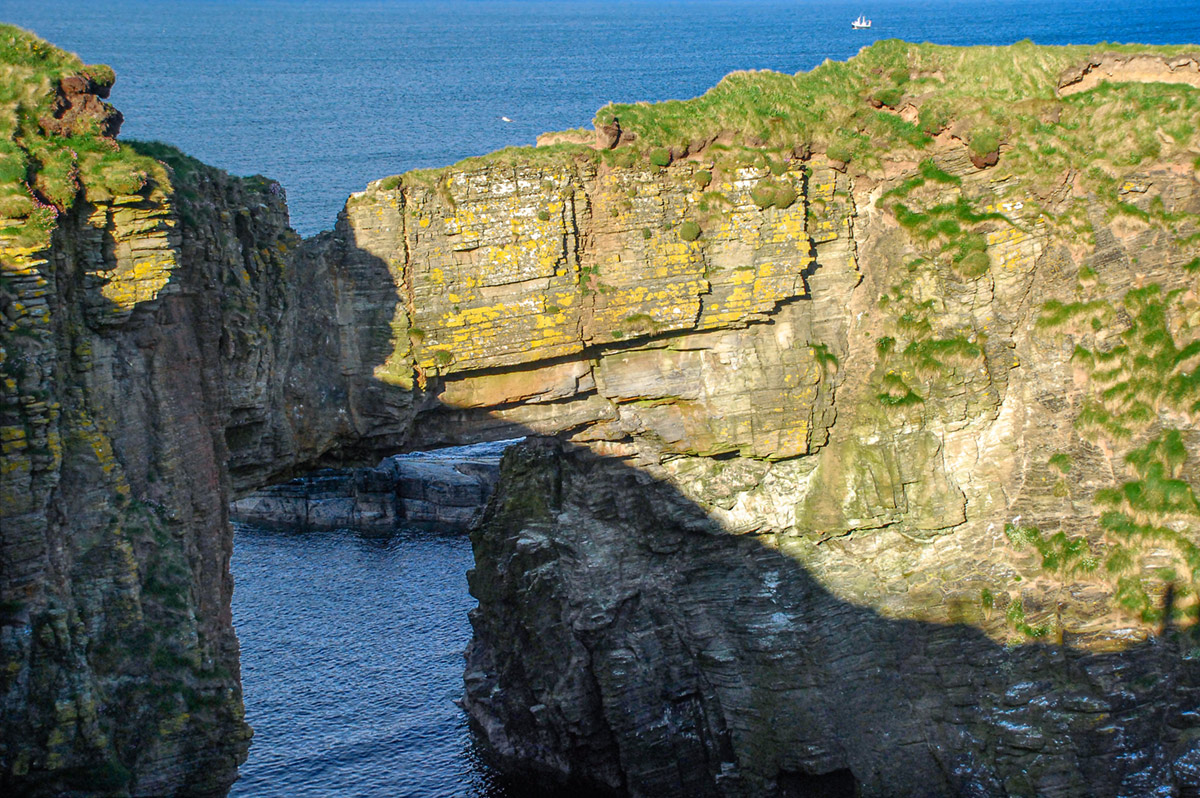 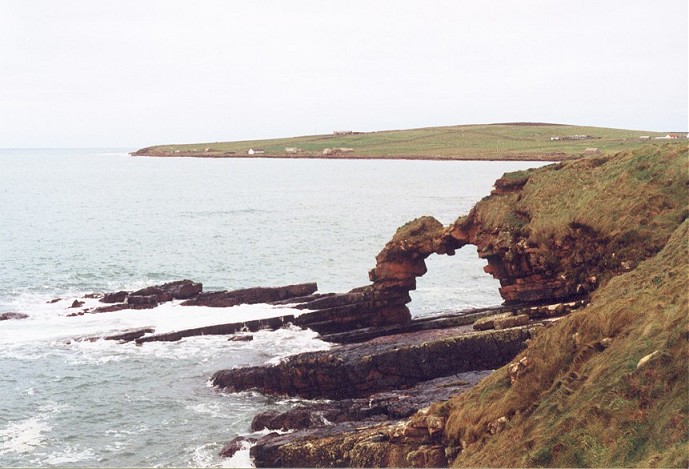 Arches are fragile, ephemeral forms. The cave exploits a line of weakness provided by joints and other fractures. This line often extends vertically to give closely jointed blocks at the key stone of the arch which render it liable to collapse. On Orkney, the orthogonal fracture patterns in the Devonian sandstones provided by intersecting vertical joints and horizontal bedding planes give rectilinear shapes to arches and stacks.