Stacks can be formed by the loss of the keystone of an arch in response to marine erosion. Stacks can also develop directly from erosion of the cliff face or headland where the overlying rock is not strong enough to form a supporting roof. Orcadian sea stacks offer challenging and spectacular climbing.

Stacks may form relatively rapidly through selective erosion along weaknesses in otherwise resistant rock. Once isolated from a host cliff the stack may become a relatively persistent feature, although we know next to nothing about the survival time of stacks. The stacks may have few joints and erode more slowly in comparison with the retreating cliff. Secondary arches may develop within the stack where strong local joint patterns are exploited by marine processes. Eventually the stack will collapse leaving a stack remnant or stump. 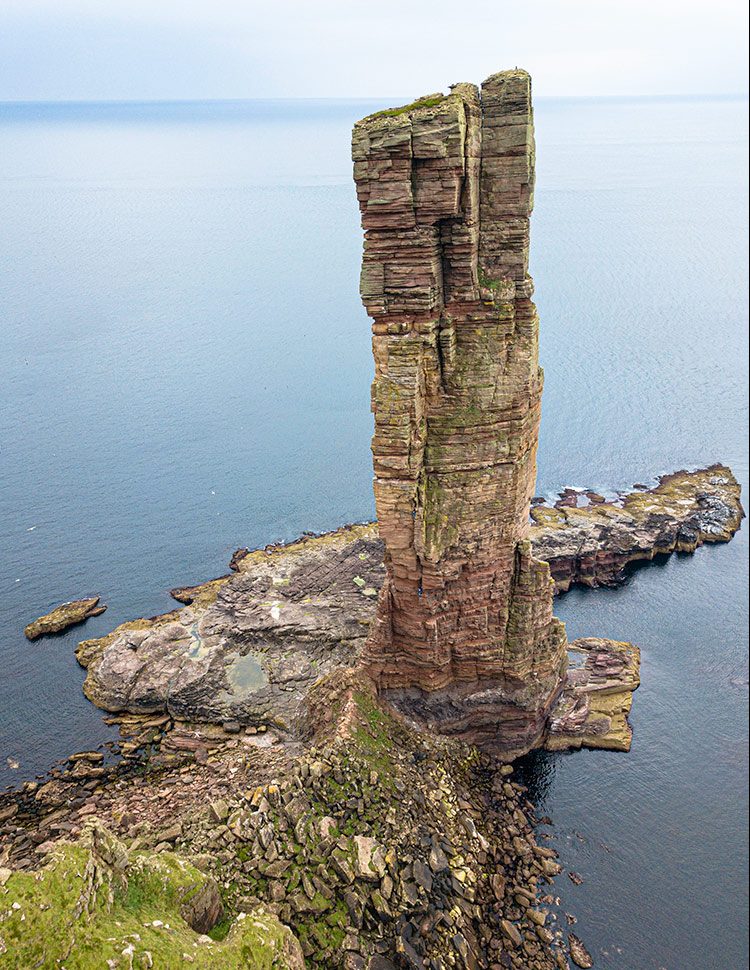