The Making Of An Archipelago

Orkney is a dissected landmass drowned by postglacial sea level rise. A drop in sea level of just 35 m would unite the archipelago into a single island. The individual islands may represent hills that formed the watershed areas of preglacial drainage basins but it is linear glacial erosion which has separated one island from another and severed Orkney from the rest of Scotland.

It is difficult to reconstruct a preglacial drainage pattern on Orkney but the division of the islands into hill masses may have begun when rivers flowing to the Atlantic and North Sea excavated valleys between them. Godard (1956) reconstructs an ancient drainage system with rivers draining SE via Westray Firth and Scapa Flow

Smaller islands may have been isolated from their neighbours by marine erosion but the limited duration of current sea level requires that such erosion belongs to the last interglacial or earlier. 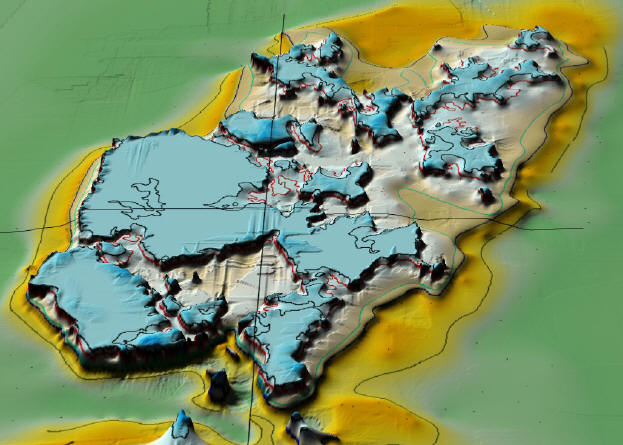