The majority of Orkney’s Sedimentary Rocks are Middle Devonian in age – Eifelian and Givetian. Upper part of Hoy and Upper Eday Sands edge into the Upper Devonian Frasnian. Although indeterminate the Harra Ebb Formation at the base of the Orcadian sequence may well be Lower Devonian Emsian in age. the Yesnaby Sandstone could be late Emsian early Eifelian. 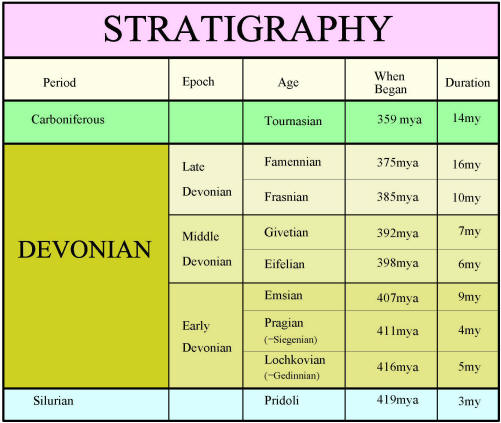