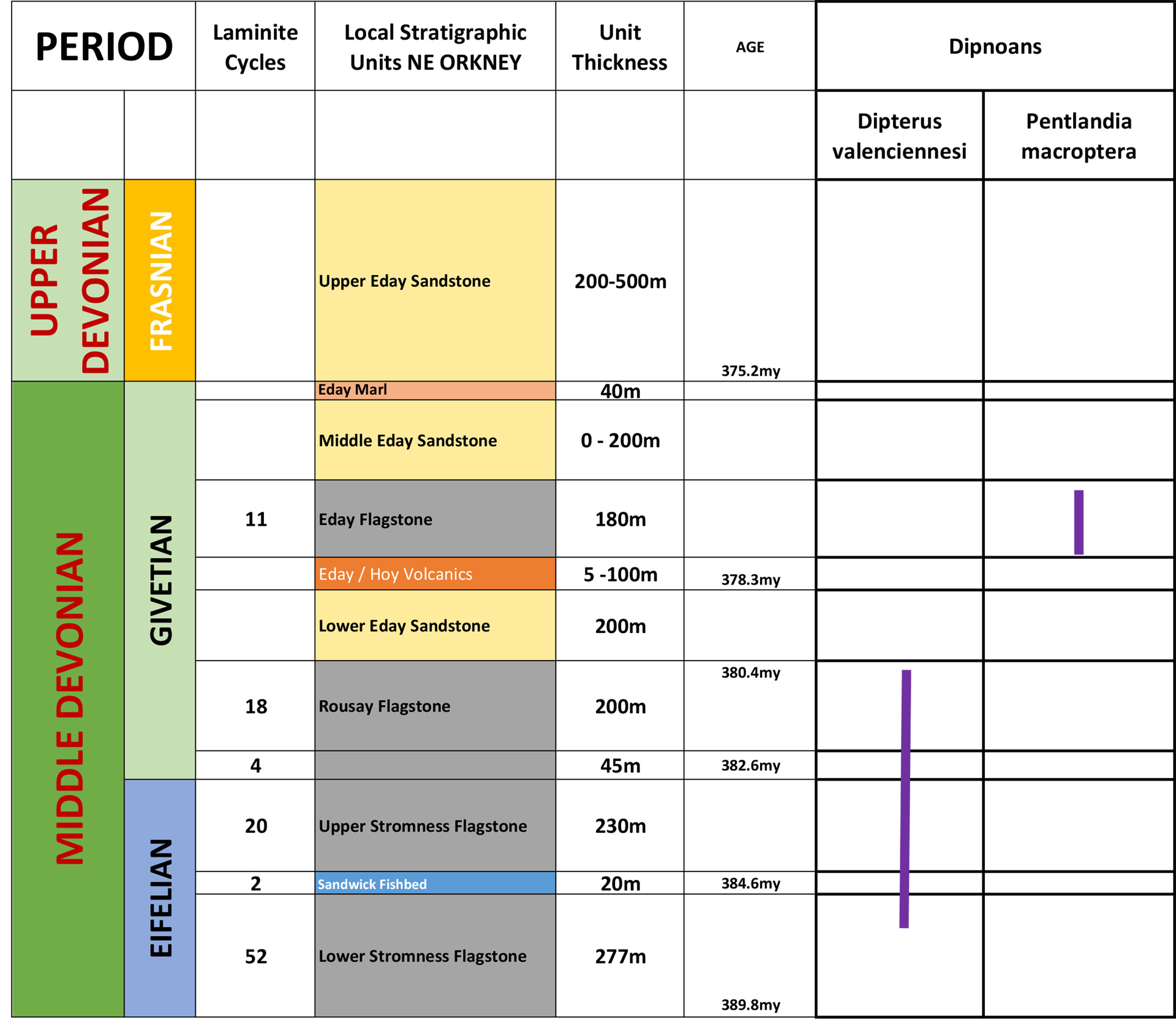 The lungfish from the Devonian Orcadian Basin are well known and described in great detail in many publications.  A new species of dipnoan, Pinalongus saxoni was recently identified from Caithness and was named after Jack Saxon the famous fossil expert from Caithness, Scotland who died in 2005.

Lungfish are fishes which have the ability to breathe air using lungs. They are still living today. Six different living species are known with some of them looking very much the same as their Devonian ancestors. Nowadays continents have their own lungfish. Australia has Neoceratodus, South America has Lipidosiren and Africa has Protopterus.

Dipterus valenciennesi is the most common lungfish found in the Devonian rocks of Orkney. They are found in the sediments indicating deep to shallow water conditions. Dipterus is almost always present in the fossiliferous rocks, although often only the scales are found. Dipterus probably could handle some of the very hostile conditions in the drying-out lakes, more than the other fishes.

Higher up in the sequence in the Eday Flags, Pentandia macroptera, a new species of lungfish appeared together with other new fish species.

Lungfish have a very specialized way of feeding which can be found in lungfish from the Devonian up to the recent lungfish. They posses large tooth plates which can be found on the palate and the lower jaw.  Most species have tooth plates with tubercles in ridges on the surface constituting the the teeth. Probably these structures in the Devonian lungfish were used to crush tiny invertebrates like arthropods or small fish. Maybe they were partly scavengers.

Formerly, the lungfish were thought to be the group that gave rise to the first amphibians and land animals (tetrapods). When more sarcopterygians (the lobbed finned fishes) were described in more detail (Gregory 1911, Jarvik and others) the osteolepids were considered the ancestor group to tetrapods. However, Jarvik and others considered that the tetrapods were diphyletic in origin with the majority of tetrapods (which includes humans) evolving from the osteolepids and the newts and salamanders evolving from the lungfish. These were grouped under the group the crossopterygians. The diphyletic origin of tetrapods has now mostly been debunked and the group, the crossopterygian also dropped as a true clade (group). Now the osteolepids are part of the group Tetrapodamorpha, with its sister group the Dipnomorpha (which includes the groups the Dipnoi and the Porolepiformes) all being lumped under the subclass, the Sarcopterygii.

Most of the Devonian lungfish had like the crossoperygians a hard cover on the outer scale surface and head plates ; cosmine, a layer composed of dentine and a thin layer of enamel on top (see also the crossoperygians and actinopterygians on this webpage). This layer probably protected the fish against predators and the often harsh environment. Because they had lungs they could leave the water for a short time to move from an almost dried up pool to another pool or river.

In recent lungfish some can burry themselves in the dry season in the mud and stay there for a year or longer until the wet season starts again, a prosess called aestivation. It could be that some of the Devonian lungfish were also able to estivate but so far fossil burrows with intact lungfish remains are not found.

Devonian lungfish scales are composed of a lamellar bone layer on the inside followed by a vascular layer with a cosmine layer on top. 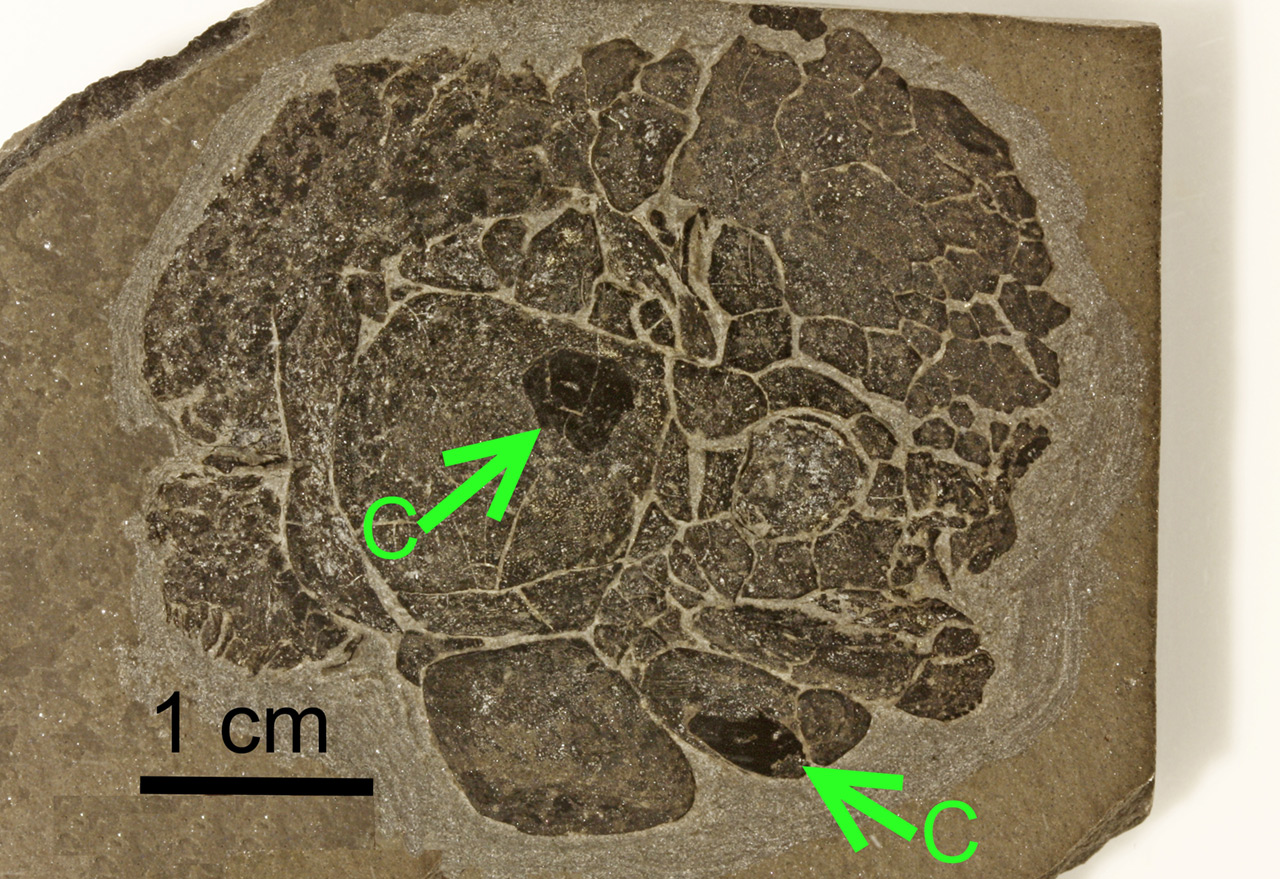 Head of a juvenile Dipterus showing the first cosmine patches on plates (C). 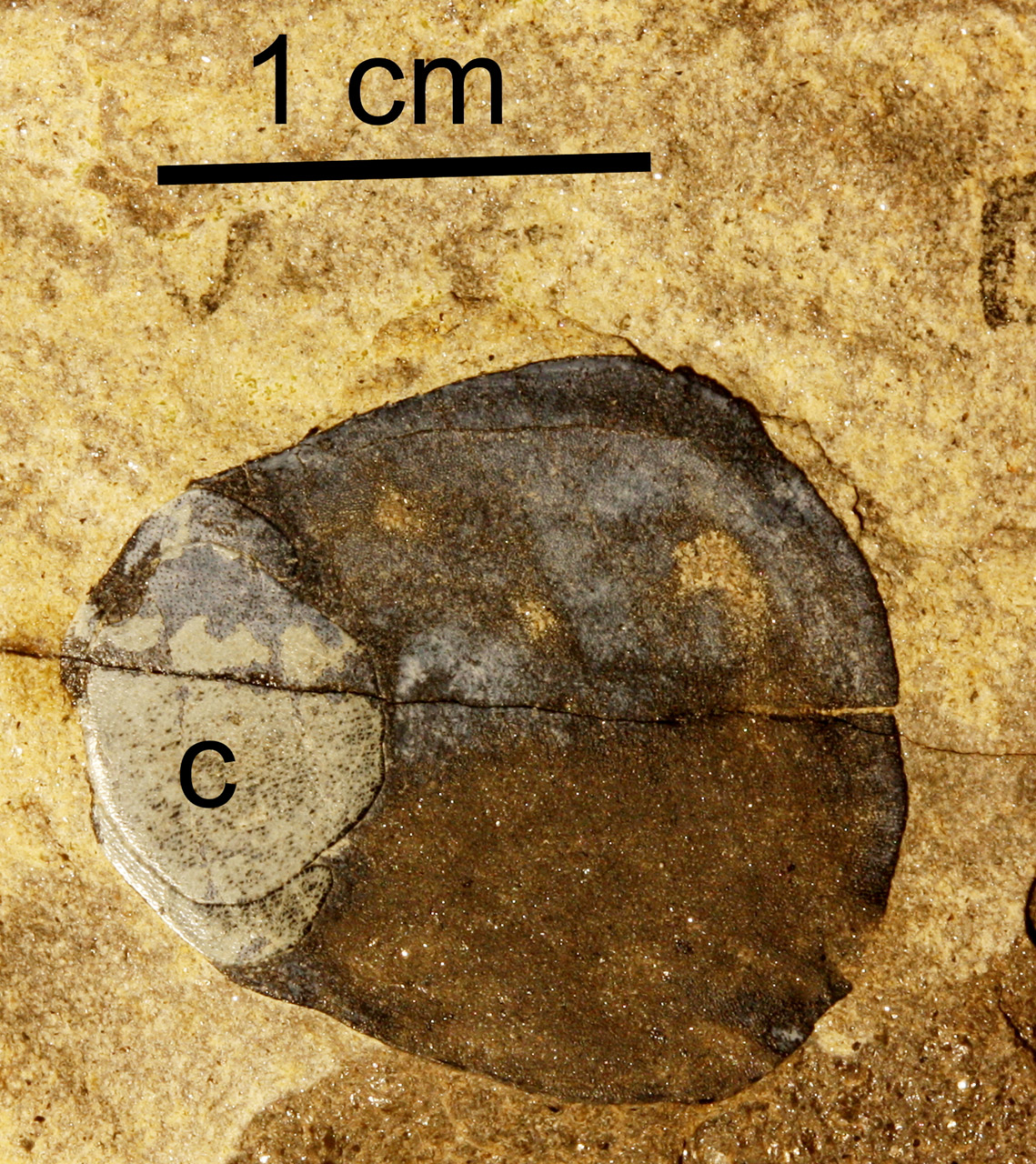 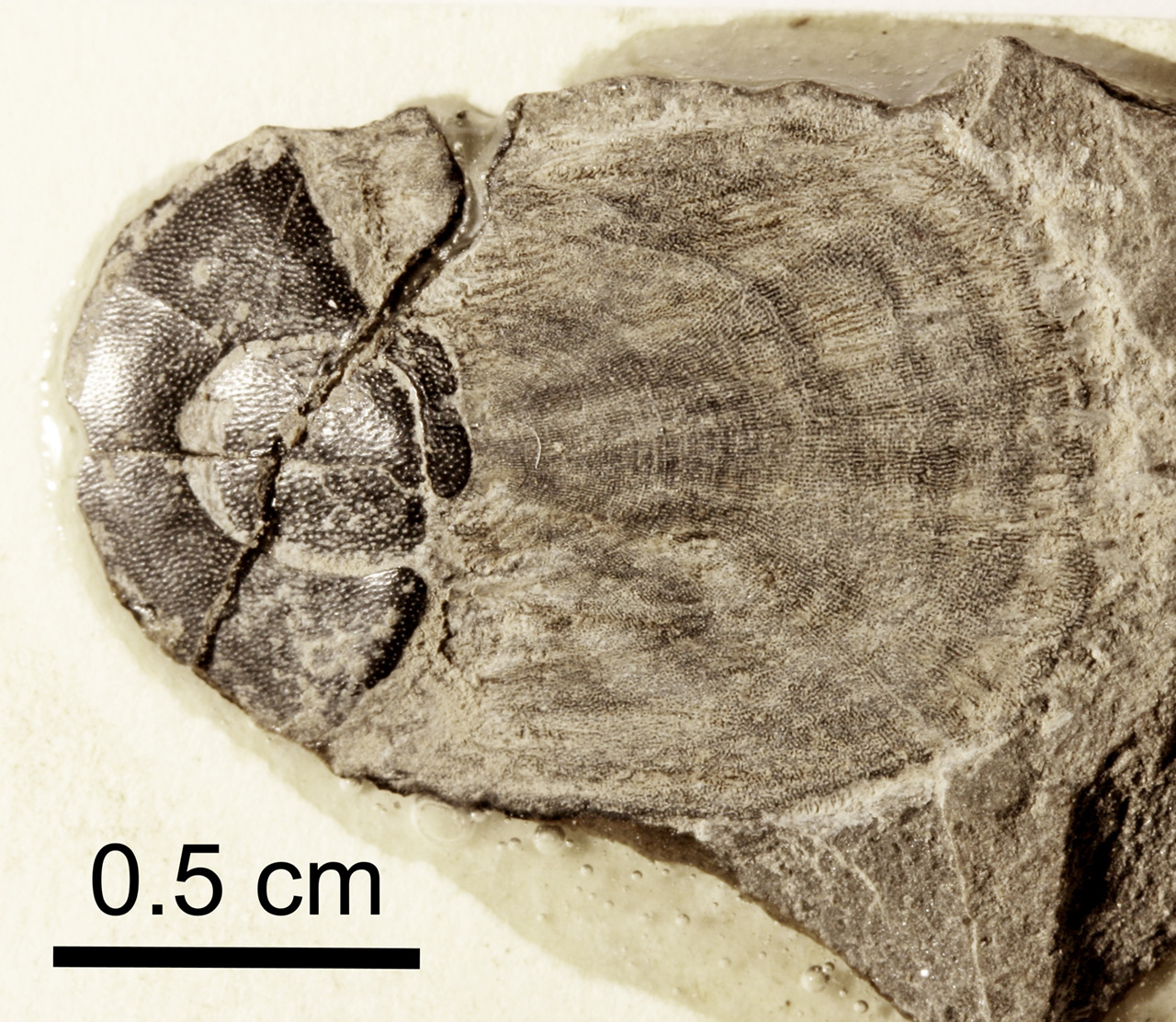 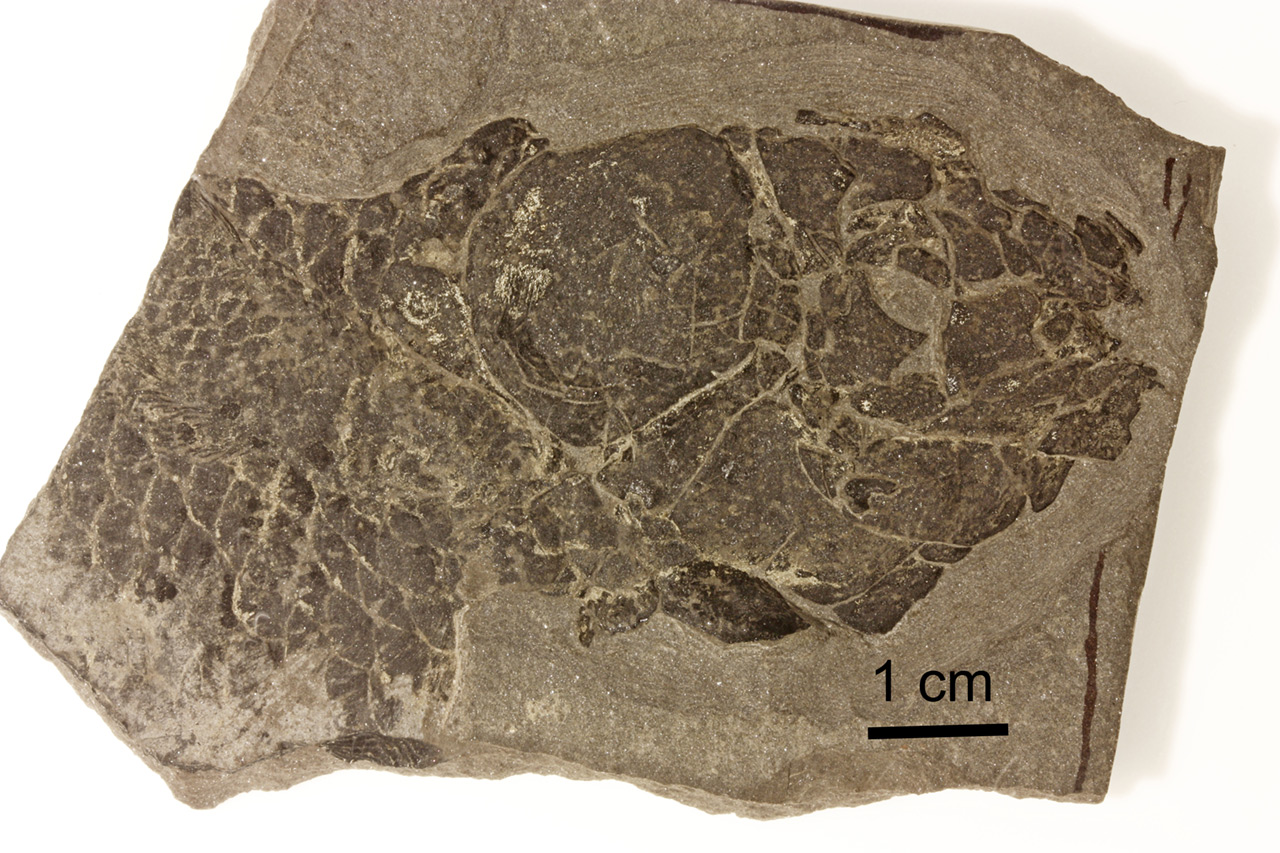 Head and part body without cosmine 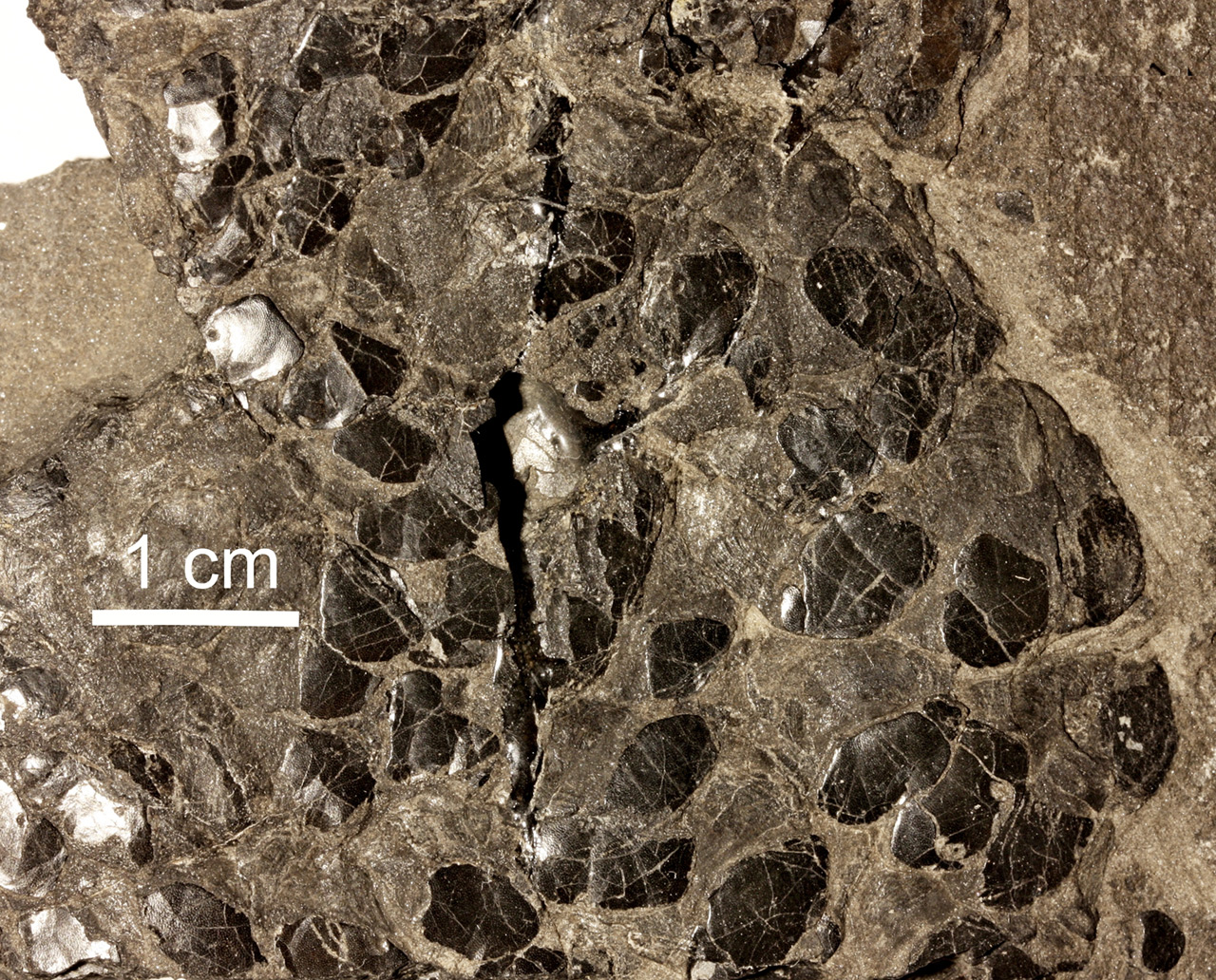 Part body with scales with cosmine 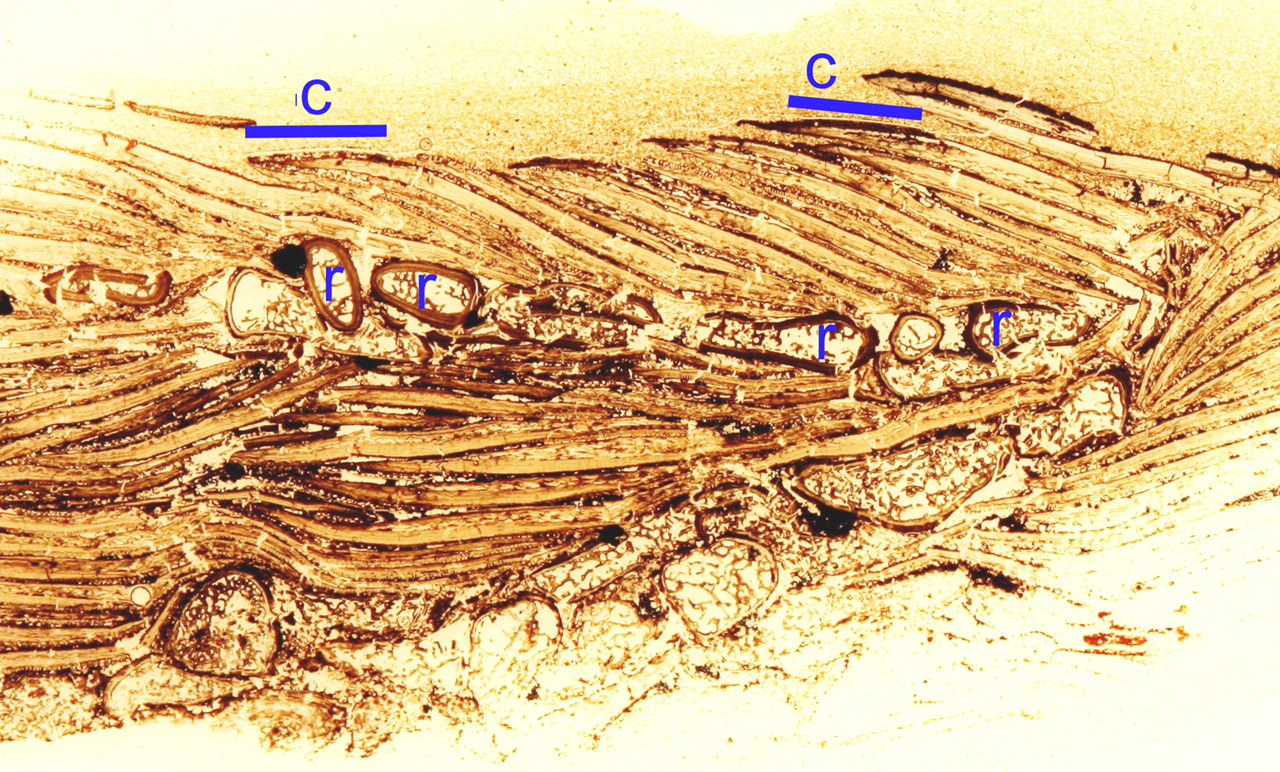 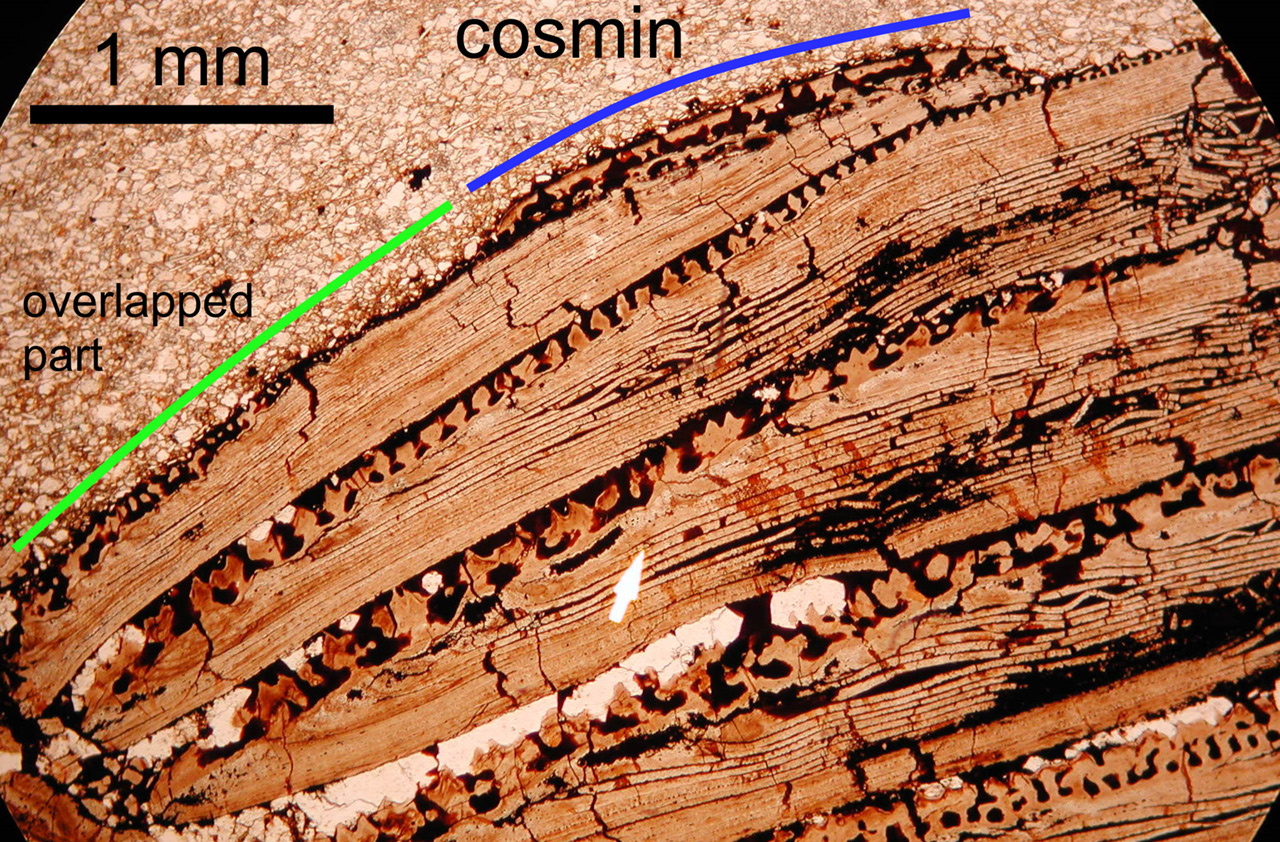 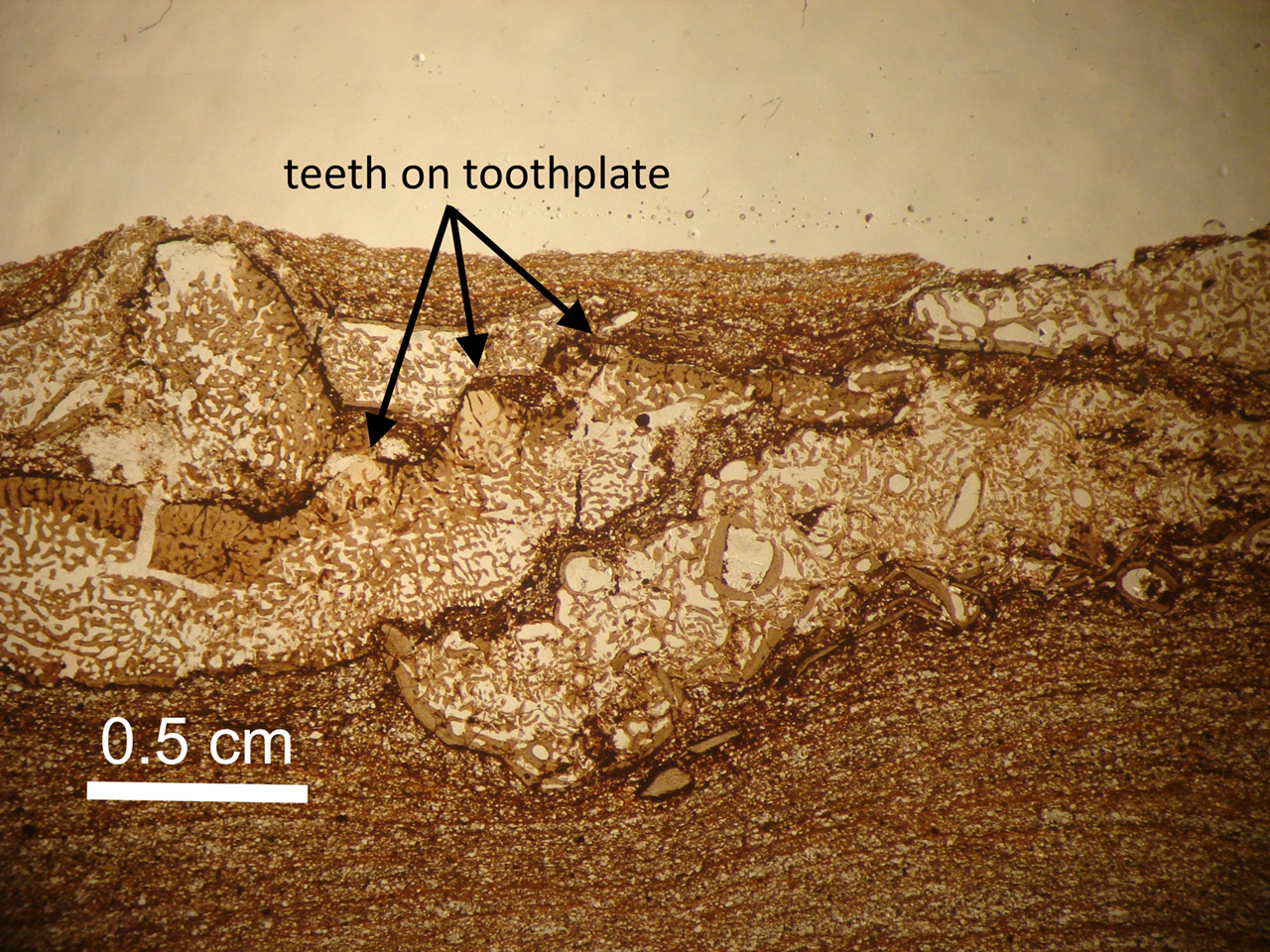 Section of a toothplate showing dentine in the teeth tubercle. 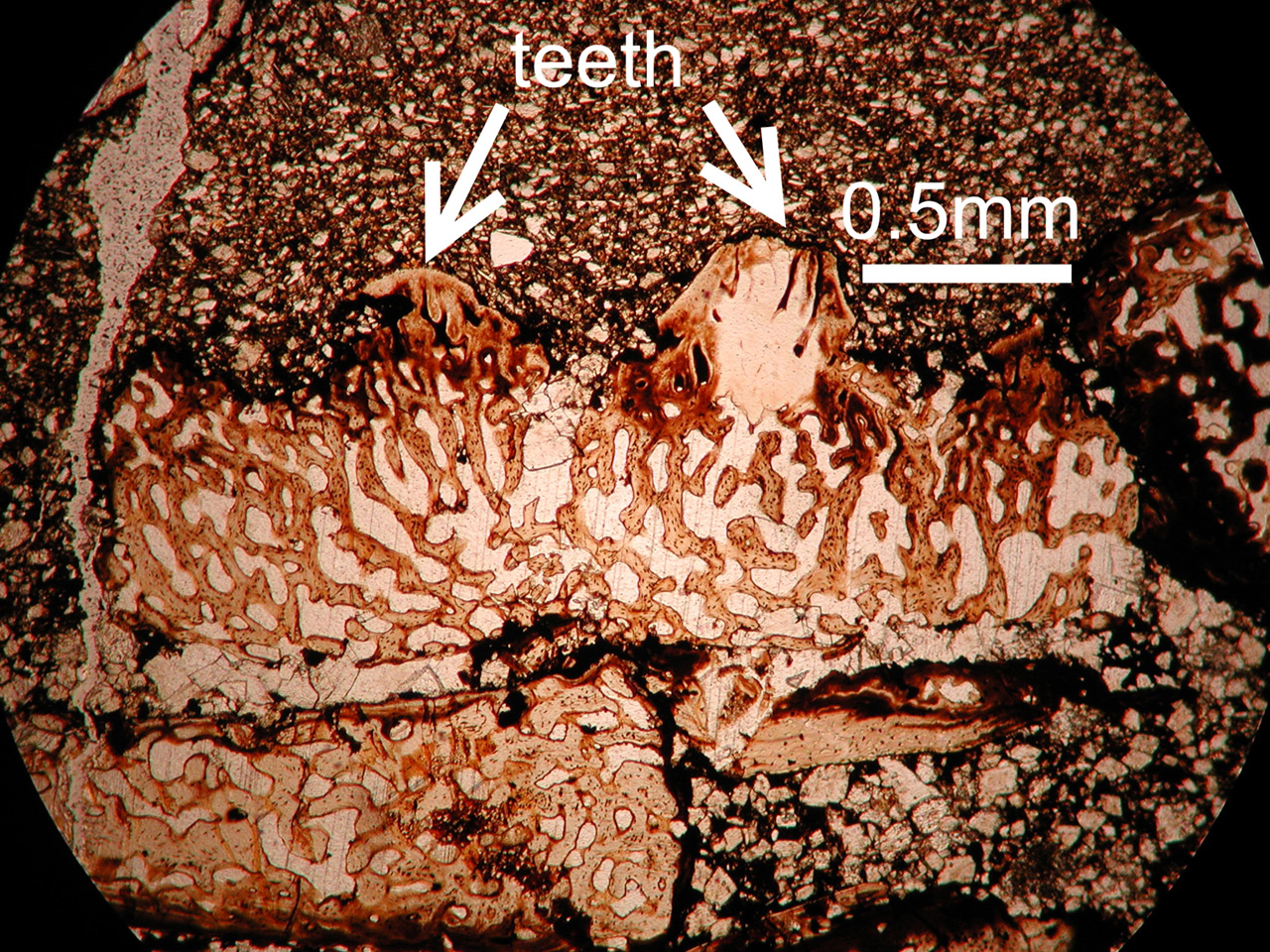 Section through toothplate of Dipterus, see also for the toothplates the page on Dipterus 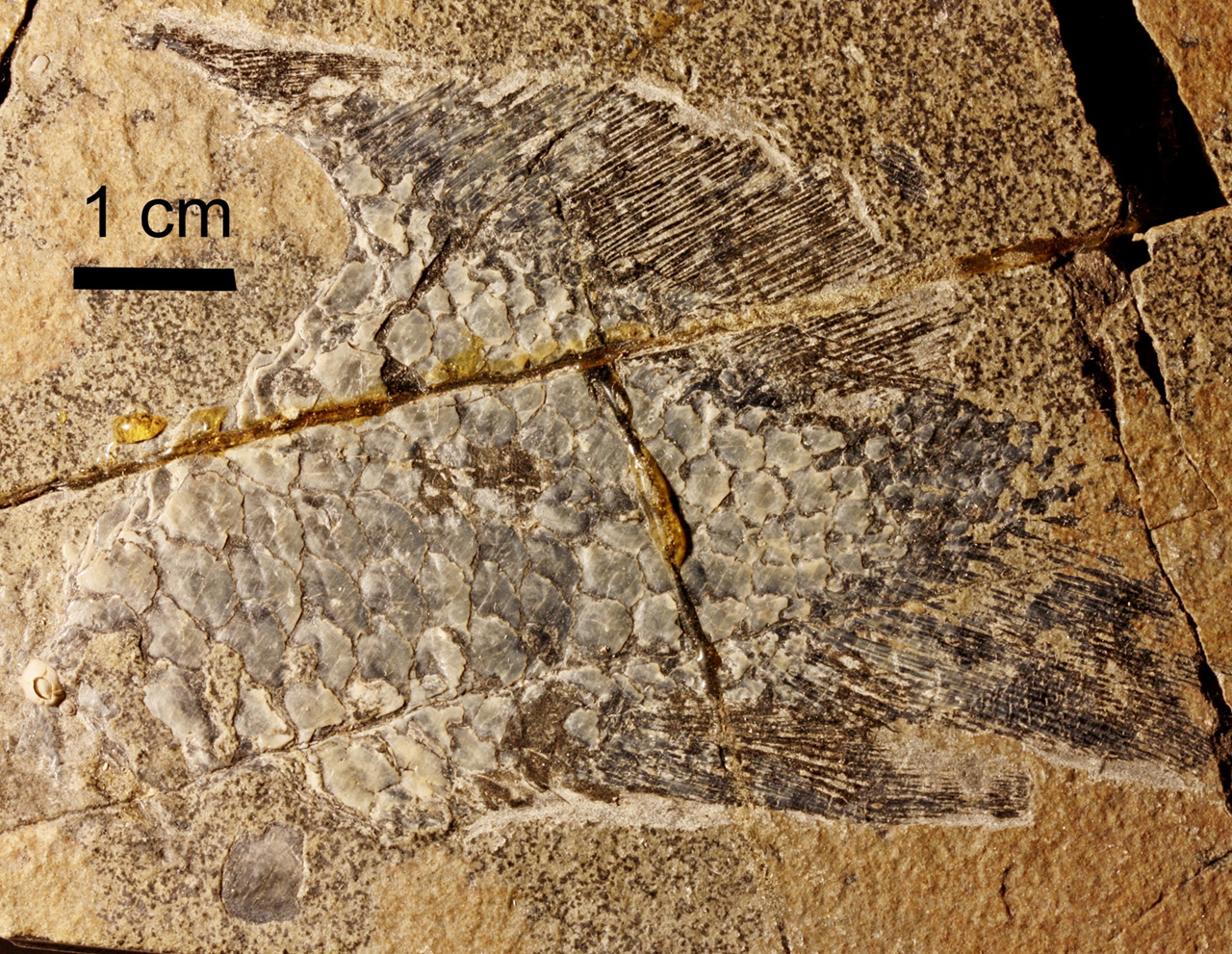 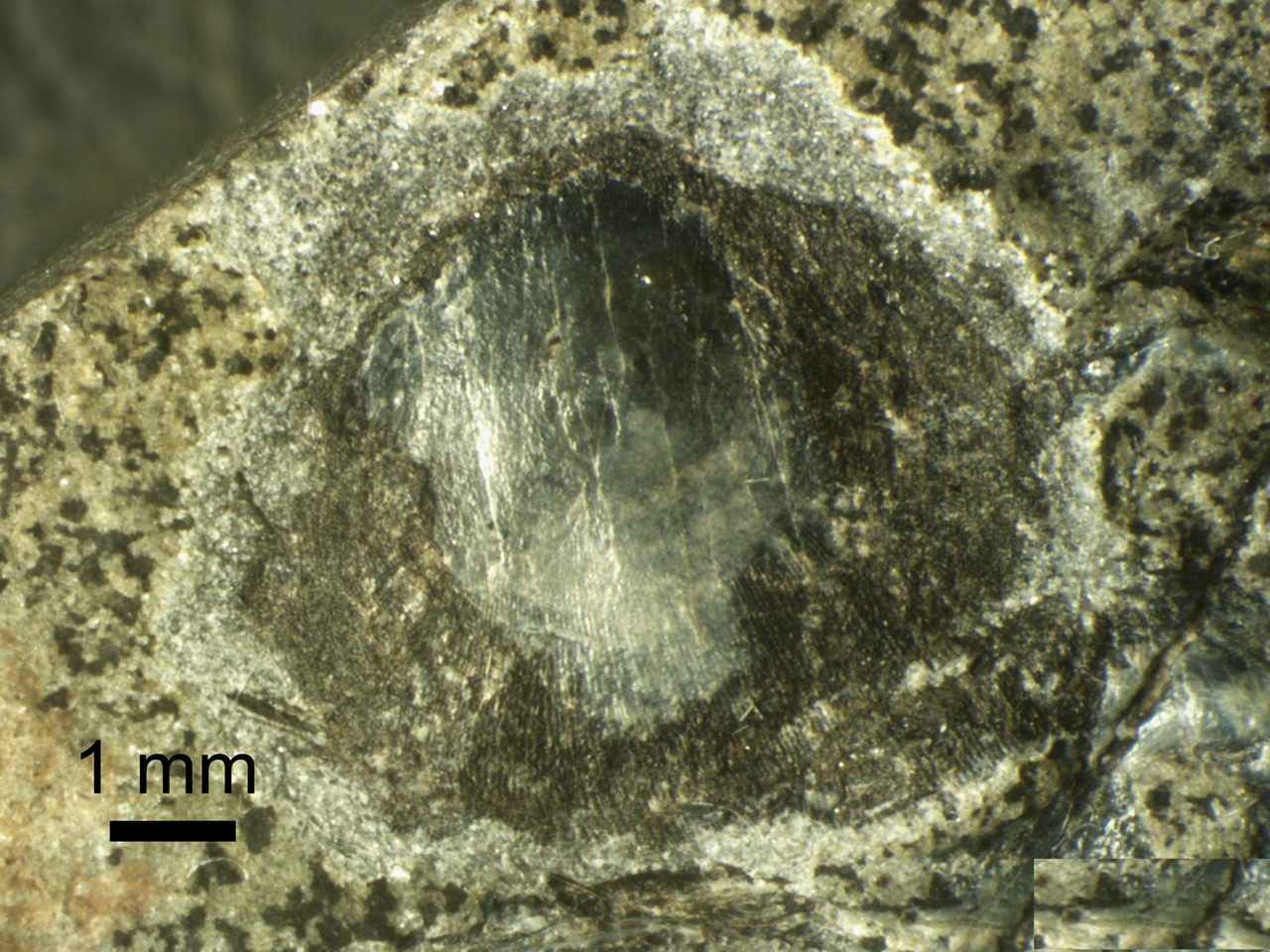 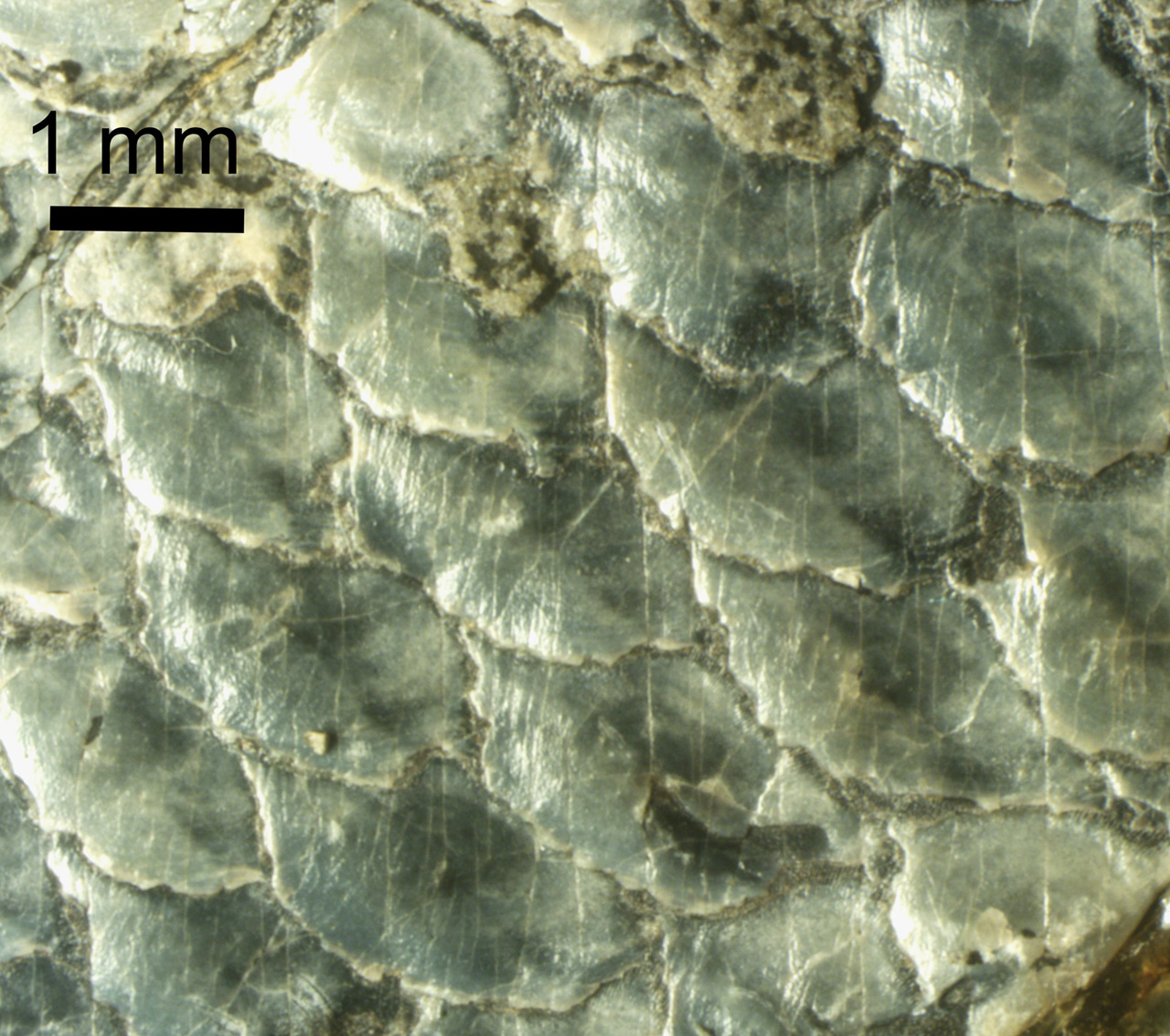 Close ups from the above. Scales have no cosmine. 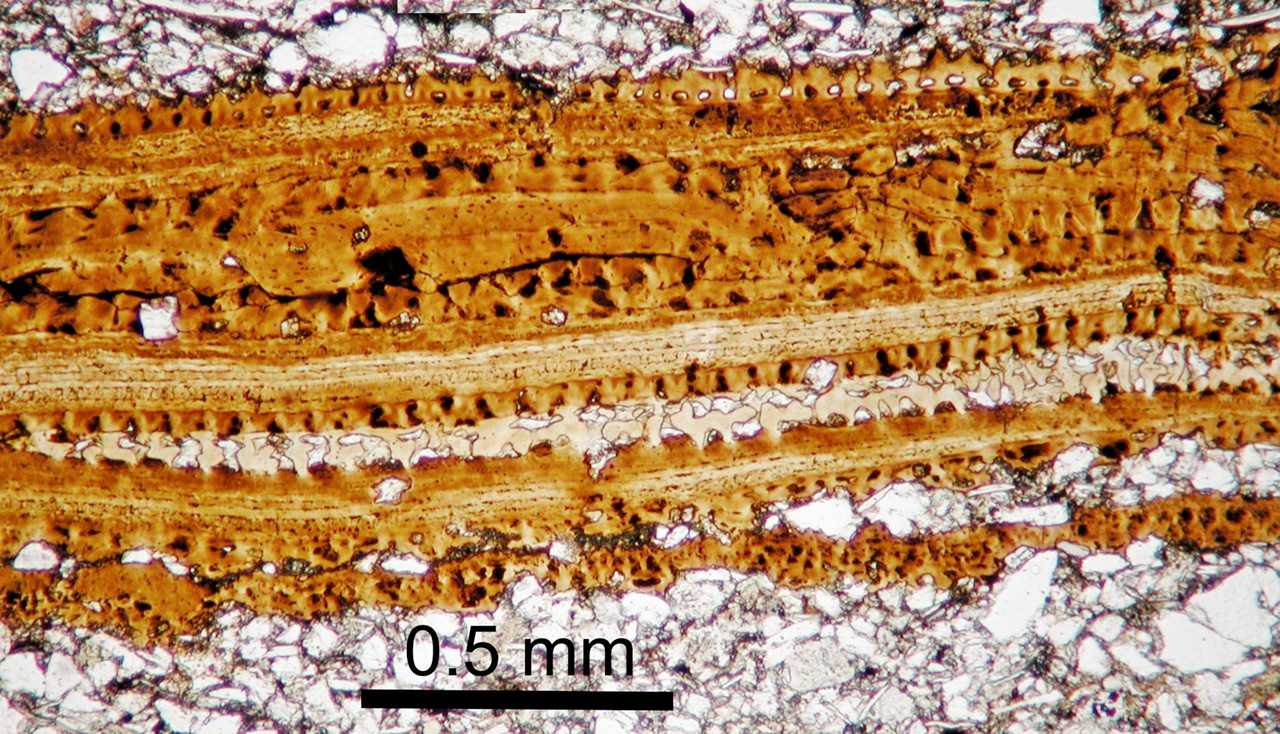