Life in a Middle Devonian Lake 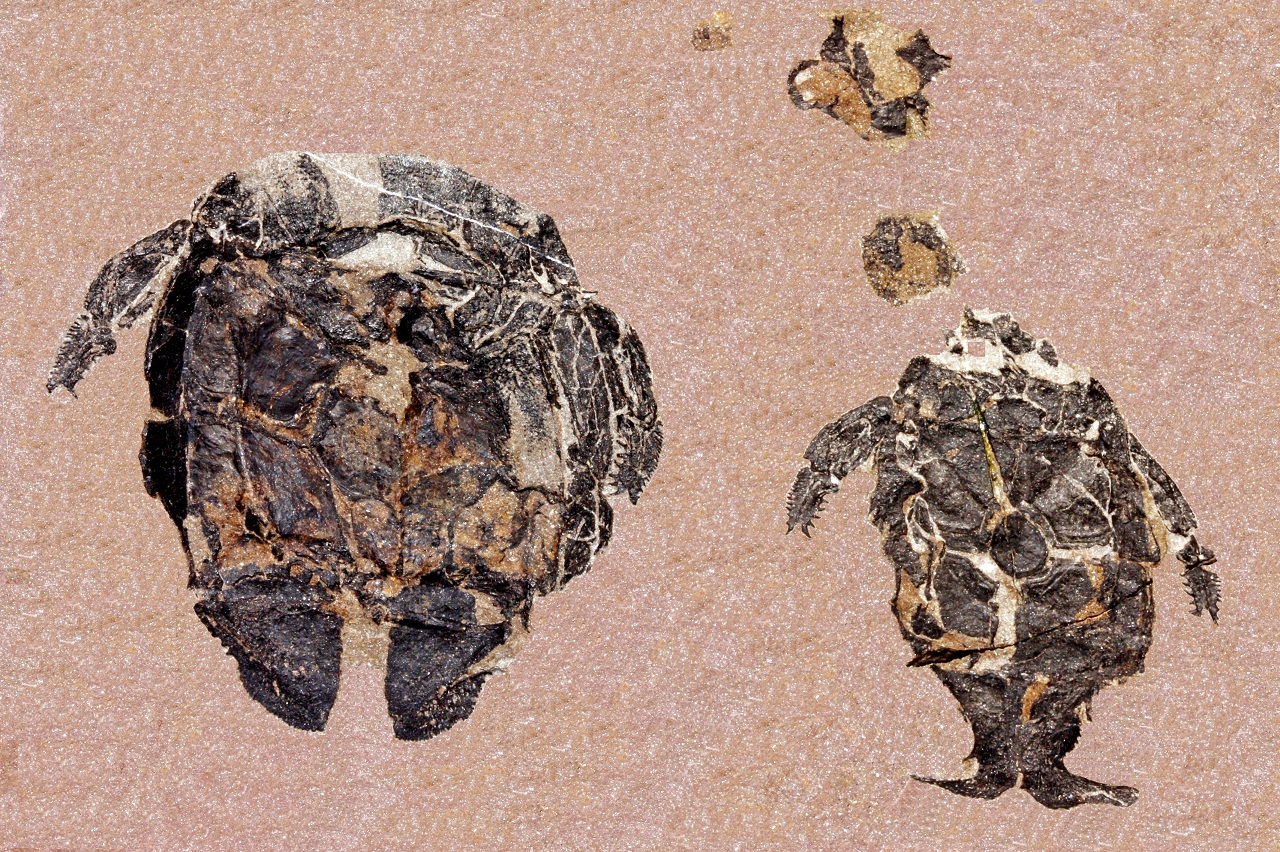 Lake Orcadie is one of the best examples in the world of a Middle Devonian lacustrine environment with a high potential for preservation of its different faunal components. During the Middle Devonian (Middle Old Red Sandstone period) this area with one or probably more interconnected lakes was situated south of the equator. The fossil fish of Orkney will be highlighted here.

The rocks found in the Orkney Islands are part of the Orcadian Lake basin which extended at this time from Greenland through Shetland as far as the Moray Firth area (see literature, list of papers, books).

Many different species of fish were living in the lake or in the rivers which were flowing into the lake from the north and the west. It is also possible the lakes also drained south-eastwards to the sea.

Due to shifts in the climate, the lake could change from a relatively deep extended lake to several smaller interconnected lakes and eventually to a completely dried out lake basin. The sediments on Orkney show these (cyclic) climate changes clearly. Well laminated sediments indicate a deep lake facies while sediments showing mud cracks and current ripples are found in shallower marginal to dry lake conditions. 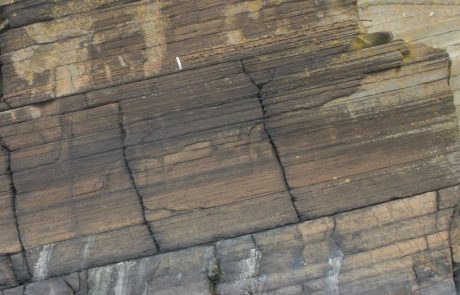 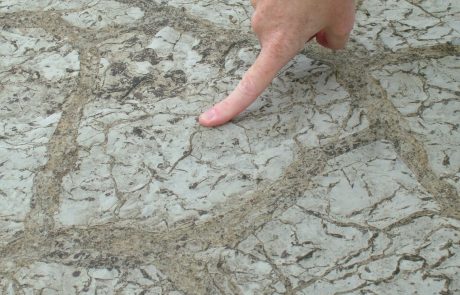 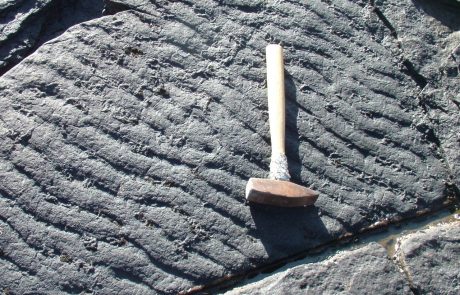 Plants were only able to grow near the lake border or along the rivers. This was because seeds had not developed yet and propagation by spores required an aquatic habitat.

In periods when the lake was deep, the bottom water could be hyper saline and often anoxic. These conditions were very favorable for dead fish in the lake or dead fish washed in from the rivers to be perfectly preserved as articulated specimens. 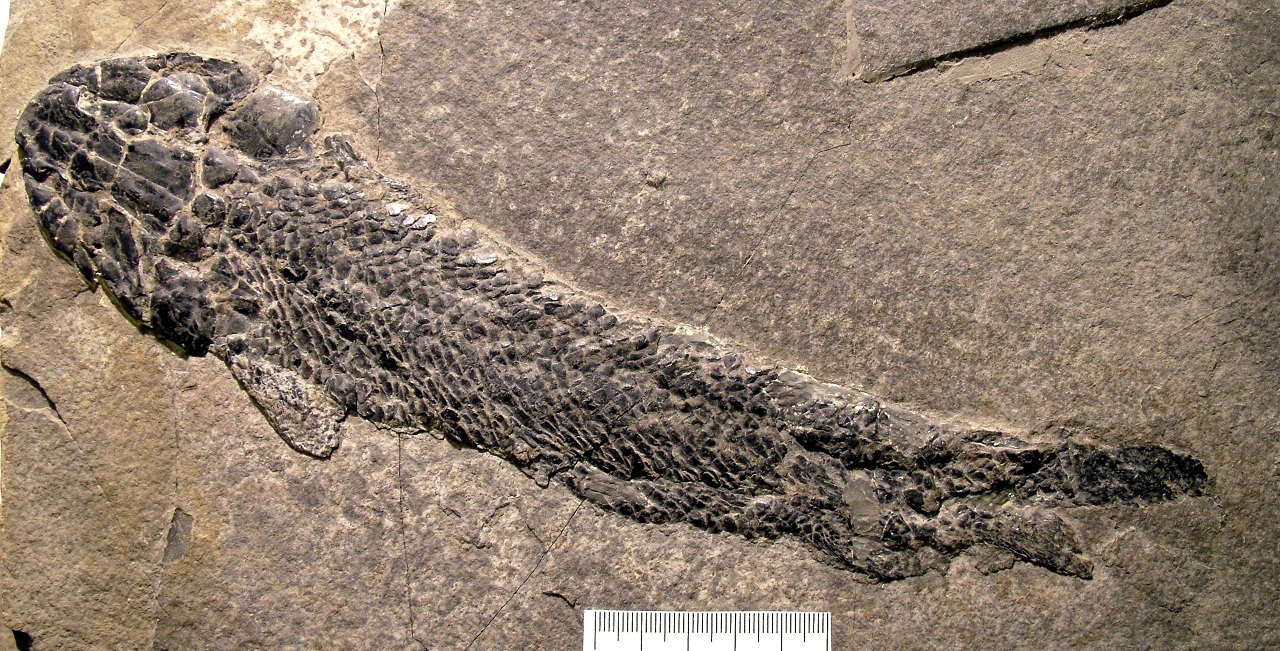 Gyroptychius milleri, an example of a well preserved articulated fish

When the lake started to dry up, the environment for fish became very hostile and fish who did not manage to escape through the river system died. Because of the aerobic conditions most of the fish carcasses fell apart and are now found as disarticulated remains.

Gyroptychius milleri, disarticulated plates of the head half with half without cosmine.

The stratigraphy of the sediments in the Orcadian Basin in the Middle Devonian (Middle old Red) can be shown in a stratigraphic table with a rough indication of the thickness. For all the groups of fishes living in the lake and or in the rivers their place in the stratigraphy will be shown.

Such a table in which the fish stratigraphy is indicated is called a biostratigraphic table. For each group of fish specific literature references will be given. Also the morphology and histology of the scales and dermal plates of each group will be presented on the general group pages (Acanthodians, Crossopterygians, Placoderms, Dipnoans).

Most of the fish living in the Orcadian Lake and its rivers have played a crucial role in the evolution of all recent fish and especially in the establishment of the first vertebrate life on land.

The fossil fishes and other faunal components are illustrated on this website with pictures of specimens from Orkney and other parts of Scotland. Since the fishes are so important in the history of palaeontology drawings of specimens and drawings of reconstructions from historically important literature have been added, together with more modern drawings of reconstructions. Each group of fishes will be dealt with on a general group page.

Links can be found at the bottom of the page with a selection of the most important books and papers dealing with the subject in general. For every group of fishes specific reference will be given at the end of the group page. The group webpage will have links to the different species found on Orkney.

Recent research has resulted in several paper where fossil Devonian fish from other countries, especially the Baltic states (Estonia, Latvia, Lithuania and Belarus) are compared. Several species from Scotland are also recorded from these states, indicating that the Orcadian Lake was sometimes connected by rivers.

The material of this website is partially copyright protected (indicated ©).Please don’t use its contents for commercial purposes!

The fossil fishes and other lifeforms from the Devonian of Orkney 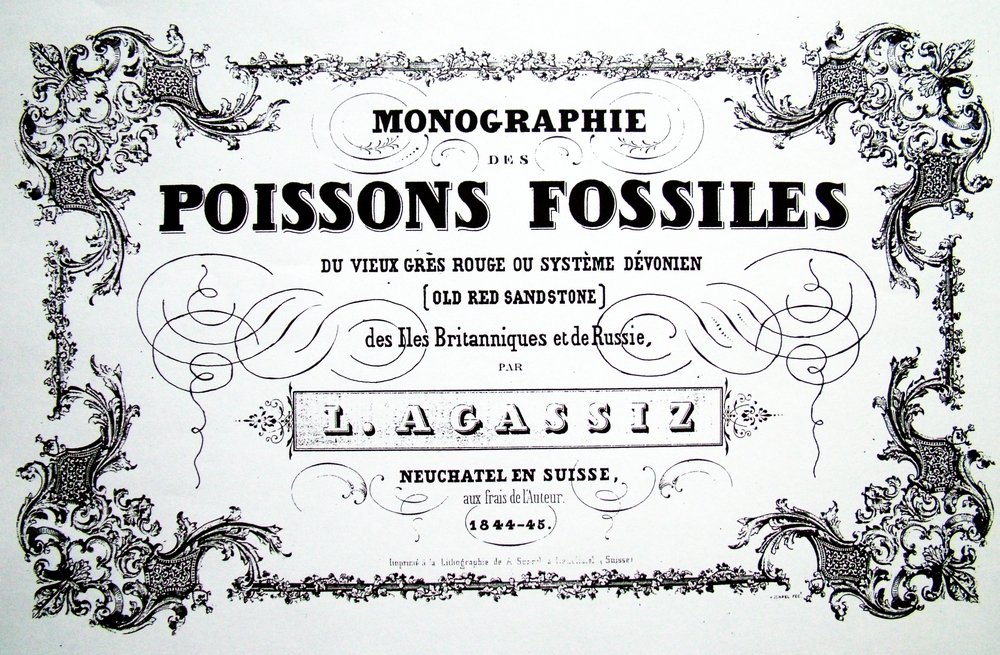