Mesozoic of the northern North Sea

Rifting in the Northern North Sea commenced during the early Triassic, peaked during the late Jurassic, and terminated by the late Cretaceous. The Viking Graben can be seen as a failed arm of proto-Atlantic rift. Almost throughout this period, the Shetland area formed an area of positive relief.

Permo-Triassic rocks occur just offshore from Shetland in great thicknesses: over 3600m in the Unst Basin, 2700 m in the West Fair Isle Basin and 2000 m in the East Fair Isle Basin (Johnston et al., 1993). As in the Devonian, conditions were arid and continental and both sandstone- and mudstone-dominated red bed successions were laid down. These rocks do not thin towards the narrow landmass of Shetland, as would be expected if erosion of this terrain was a major source of sediment. Instead, it appears that Permo-Triassic sediments formerly covered Shetland and were stripped after younger (?early Tertiary) uplift. A similar picture occurs in the West Orkney Basin where Permo-Triassic sediments are up to 3 km thick (Evans, 1997).

Early to Middle Jurassic sediments are absent from much of the East Shetland Platform. Shetland lay above sea level and shed debris to large deltas at the edge of the Viking Graben. Subsidence of basins in the northern North Sea in the Late Jurassic was accompanied by the accumulation of deep sequences of grey to black siltstones and clays belonging to the Kimmeridge Clay. These carbon-rich sediment became the main hydrocarbon source rock of the North Sea oil field. 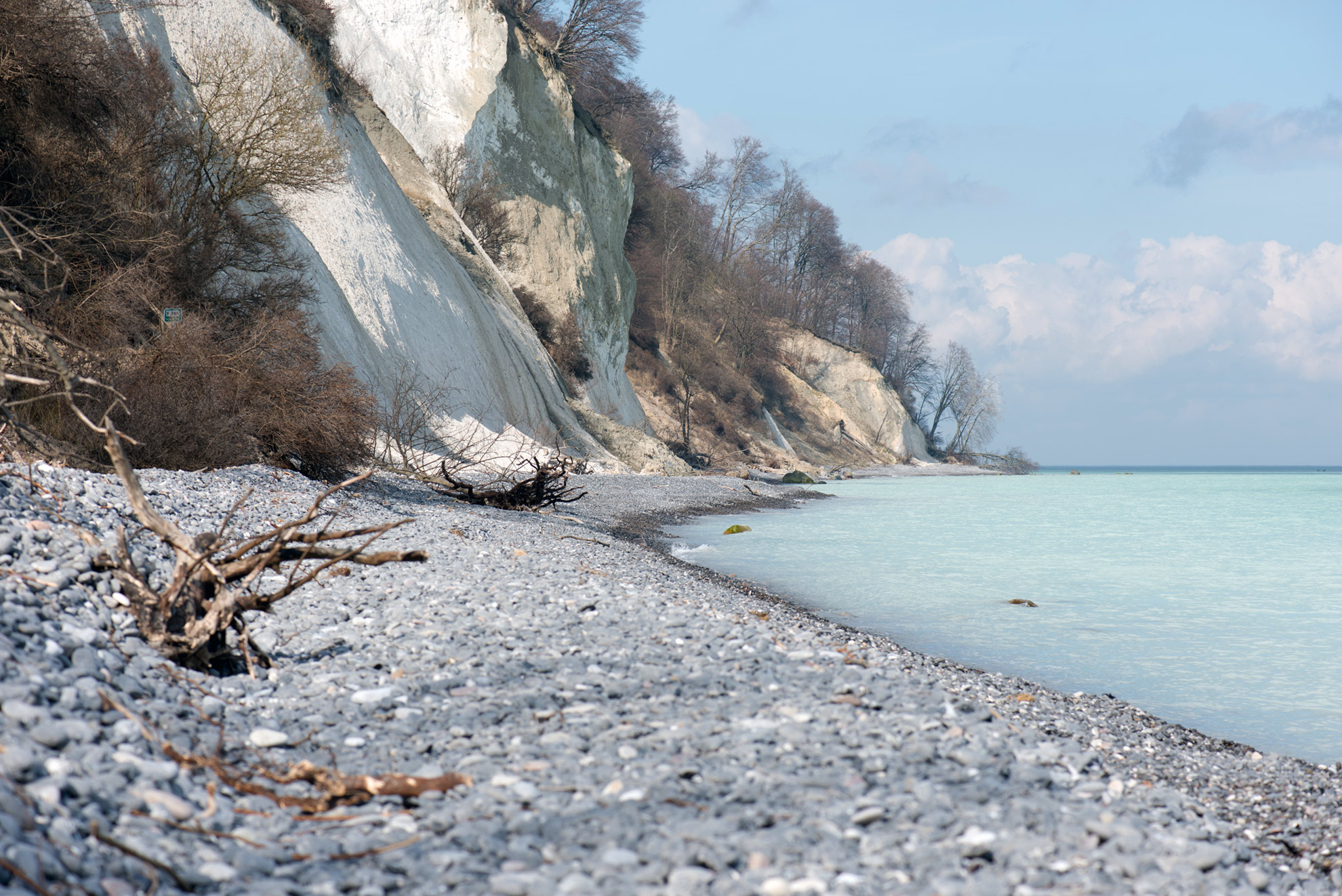 Late Cretaceous chalk at Mons Klint, Denmark. Similar rocks lie east of Orkney and supplied erratics of chalk and flint to the shelly till of East Mainland 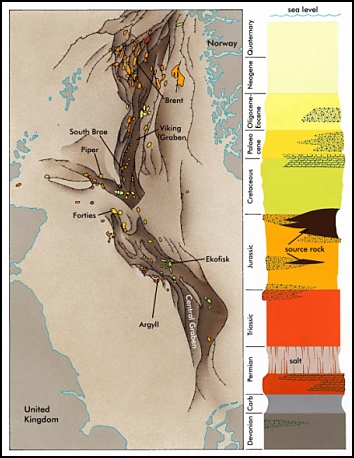 The three-armed rift of the central and northern North Sea and the generalised oil bearing sequence Source: UKOOA

Lower Cretaceous sediments are now only a few tens of metres thick on the East Shetland Platform. An unconformity is developed across the underlying Jurassic strata, suggesting uplift and planation of the Shetland land mass. Upper Cretaceous strata are also absent, perhaps lost to erosion in response to Early Tertiary uplift. In contrast to the rest of the North Sea and southern England, the Upper Cretaceous rocks above 59ºN are mudstones, probably sourced from Greenland. In the East Orkney basin, the remaining Upper Cretaceous are up to 300 m thick (Andrews et al., 1990). These rocks are but the remnants of a much thicker pile of Mesozoic sediments removed by Early Tertiary erosion. Evans (1997) estimates that ~2 km of Permian-Cretaceous cover rocks have been removed from over Orkney to supply the Palaeogene sands of the northern North Sea.