Moraines are landforms created at the margins of glaciers by the melt-out of debris from the glacier and by the bulldozing action of the ice. Moraines are classified according to their position relative to the former glacier: terminal, medial and lateral.

On Orkney the final phase of mountain glaciation was confined to the corries of Hoy. Here a series of small end and retreat moraines mark the outer limits of former corrie glaciers during the Loch Lomond Stadial. The distribution of moraine ridges at Rackwick appears to relate to the parting of the last ice masses on western Hoy, with ponding of water bodies and the retreat of ice masses into the two main valleys. No major terminal moraines relating to deglaciation have been recognised elsewhere on Orkney but the widespread hummocky moraine probably relates to the final disintegration of the last ice sheet. 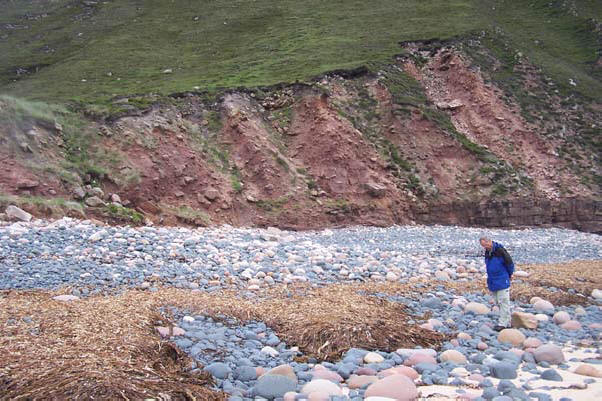