Reconstruction of Glyptolepis by M.J. Newman.

This species can be found in the sediments above the Sandwick Fish Bed, from the Upper Stromness Flags up to the top of the Rousay flags. It is similar to Glyptolepis leptopterus, but longer. Like that species it is poorly known.

Disarticulated scales and sometimes, dermal bones of the head and teeth are found in sediments indicating rather shallow lake conditions. Again, this top predator is rare. An example is known of this fish having the arthrodire Coccosteus in its stomach. It has jaws with some big teeth and a row of tiny teeth at the edge. 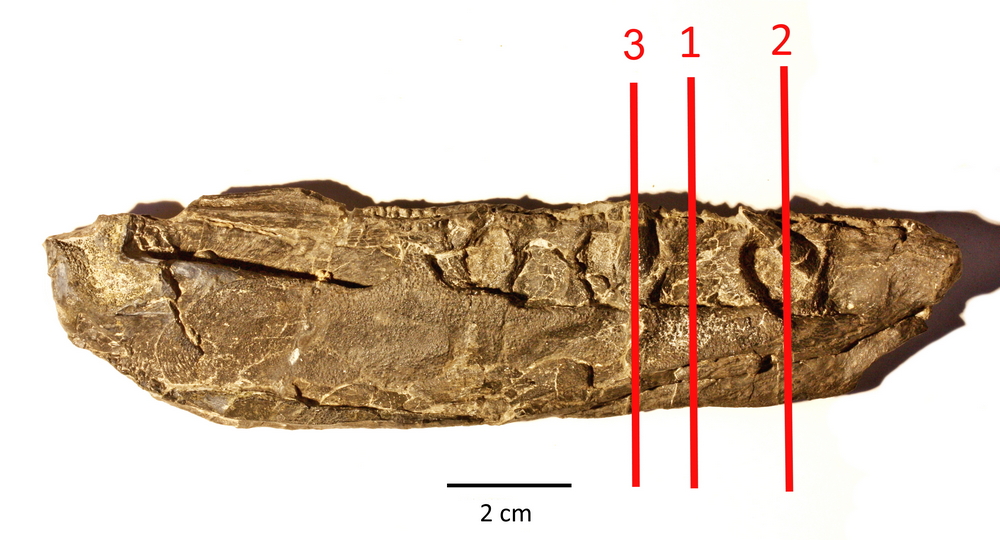 Lower jaw of a Glyptolepis indicating the three thin sections figured below. 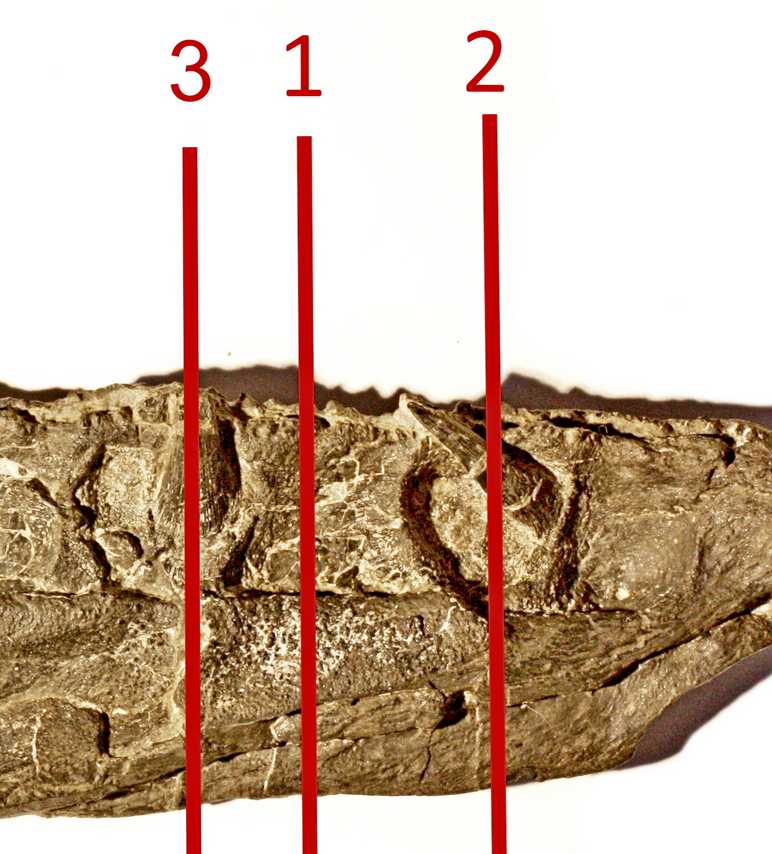 Close up of above to show position of the three thin sections. 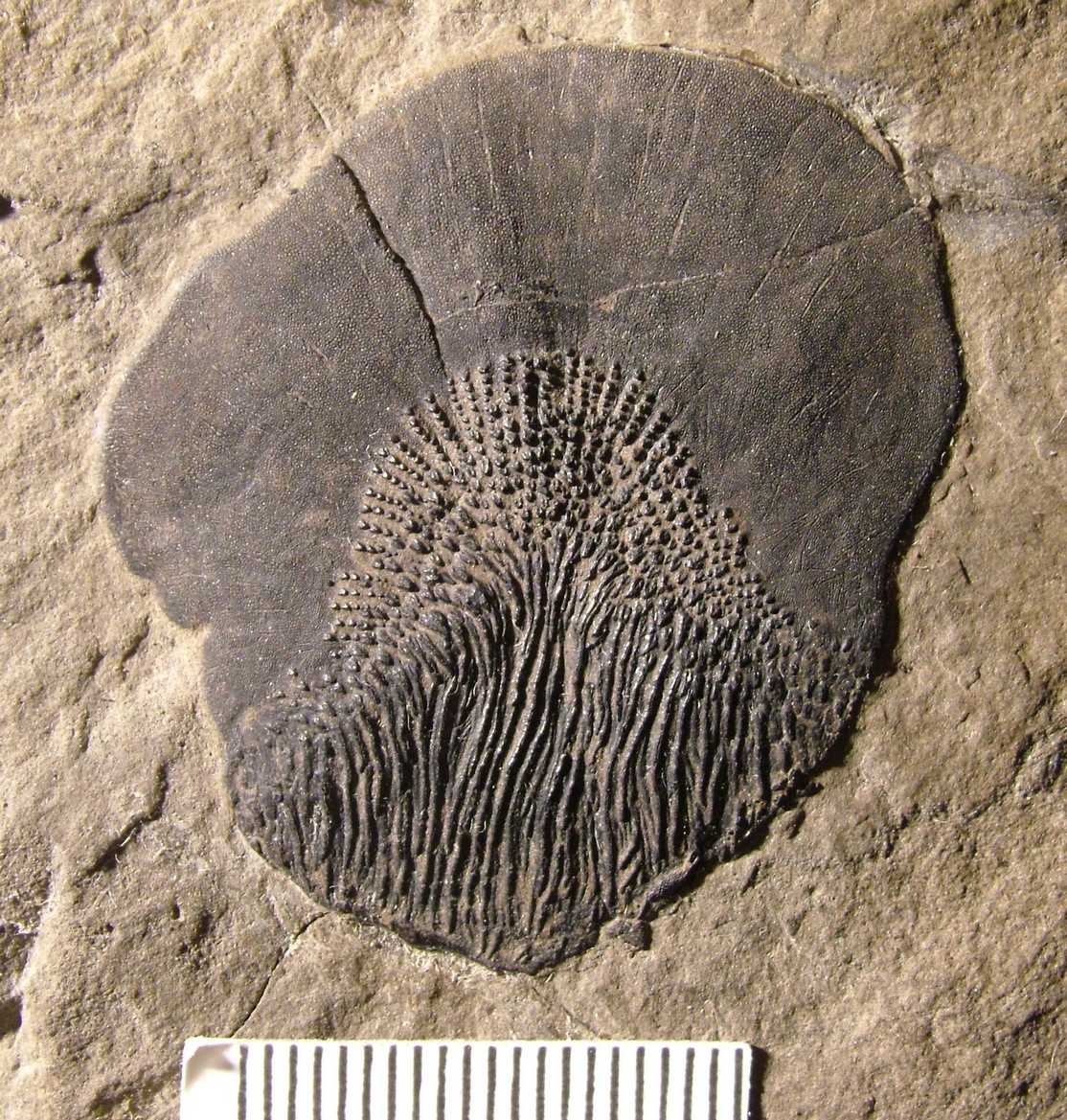 Scale of a Glyptolepis seen from the outside. 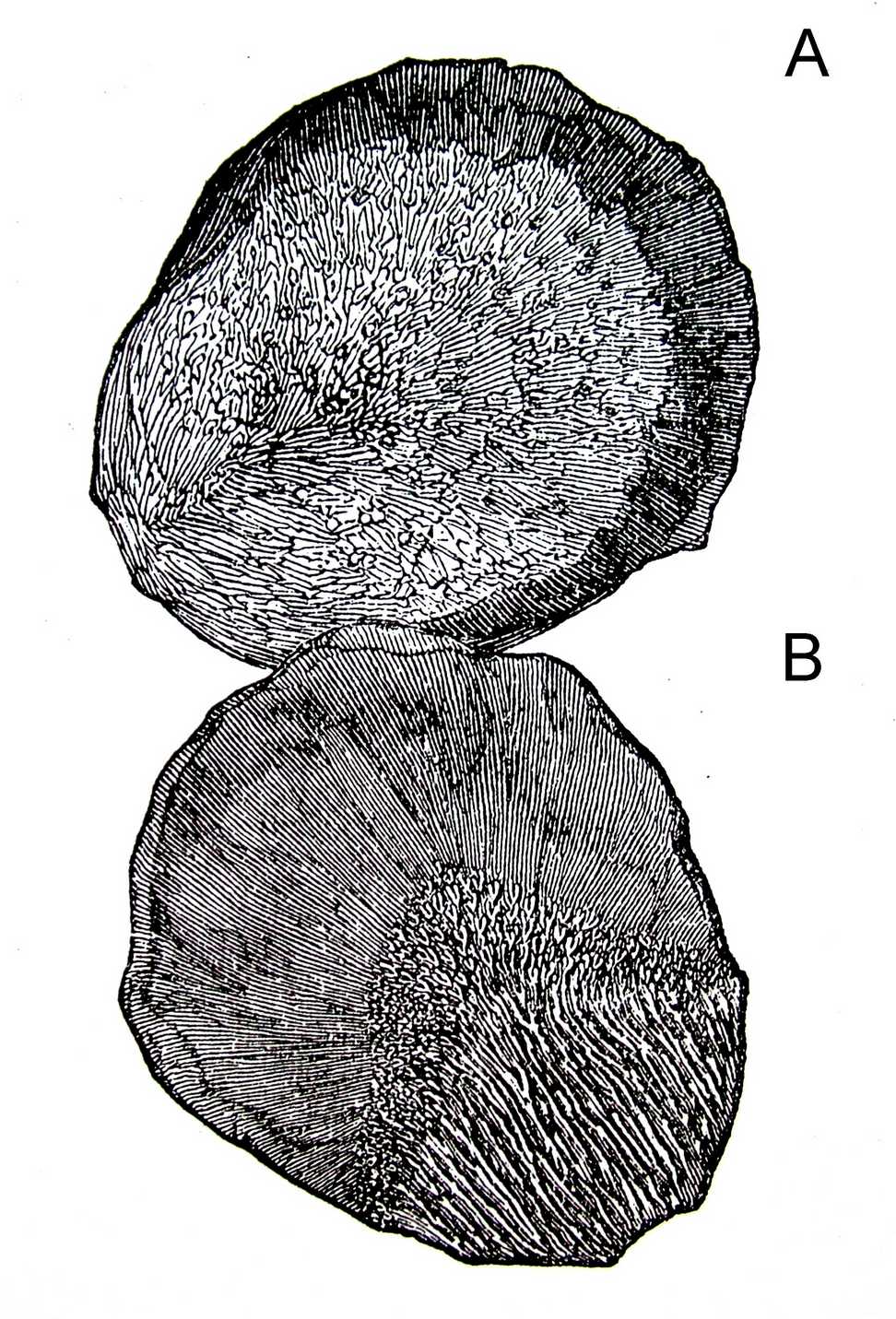 Drawing of a scale, inside and outside (after Miller, 1849).