The orbital eccentricity, the obliquity and the precession of the equinoxes all affect the earth climate in regular predictable cycles which can often be detected in the geological record stratigraphically or chemically utilising mathematical analysis. 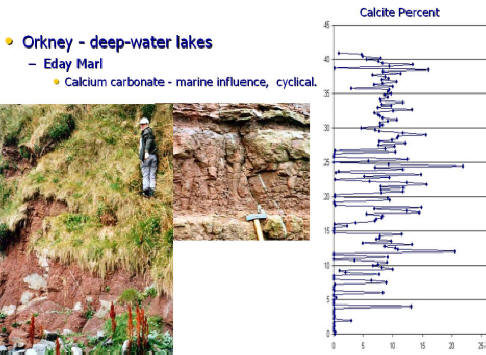 The driver for these variations is the amount of solar radiation (insolation) reaching the surface of the Earth. Insolation changes with the positioning of the Earth and Sun, as well as changes in the orbital parameters of the Earth.

1. The orbital eccentricity
2. The obliquity
3. The precession of the equinoxes

The combined influences produces a complex pattern of insolation, resulting in increased seasonal contrast in one hemisphere of the Earth and reduced contrast in the other.

1.  The eccentricity of the orbit of the Earth around the Sun varies from circular to elliptical giving a change in seasonal incoming solar radiation of about 30%. This cycle takes 95,800 years.

2. Changes in the inclination (obliquity) of the Earth’s axis alternate between extreme values of 21.39 degrees and 24.36 degrees with a periodicity of 41,000 years. An increase in axial tilt results in lengthening the period of winter darkness in Polar Regions. These changes therefore cause significant variation in the insolation at high latitudes. 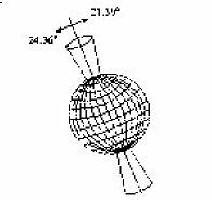 3.  The precession of the equinoxes has a 21,700 year period. The northern hemisphere tilts towards the Sun at successively different points on the Earth’s annual orbit. This affects the length of day and the summer and winter temperature.

Analysis of the calcite at 25cm (2,500yrs) intervals reveals the 41m section to have 4.3 eccentricity cycles.

The periods from the Fourier analysis of the data give:

These numbers are in good agreement with the expected Milankovitch numbers given the potential errors in the method. Ongoing sampling at 5cm intervals should give greater precision and 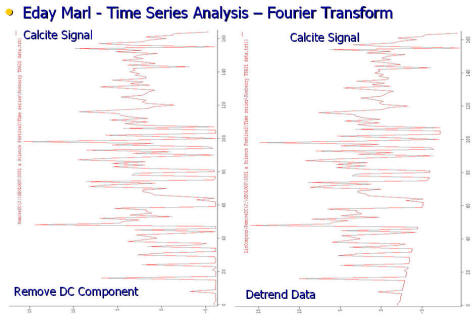 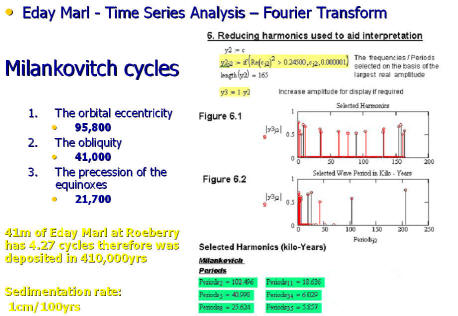