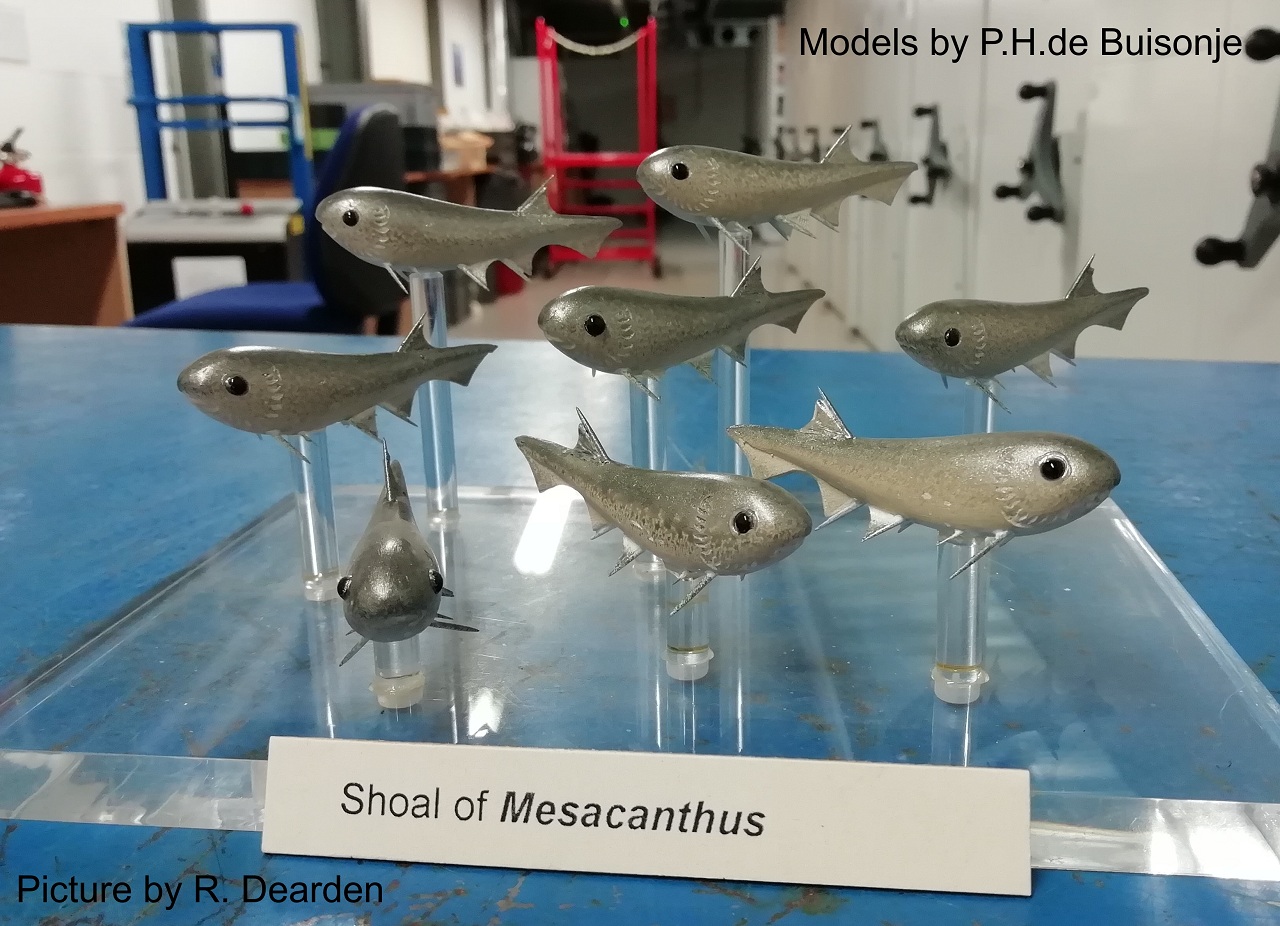 A shoal of Orcadacanthus in the store of the NMS. 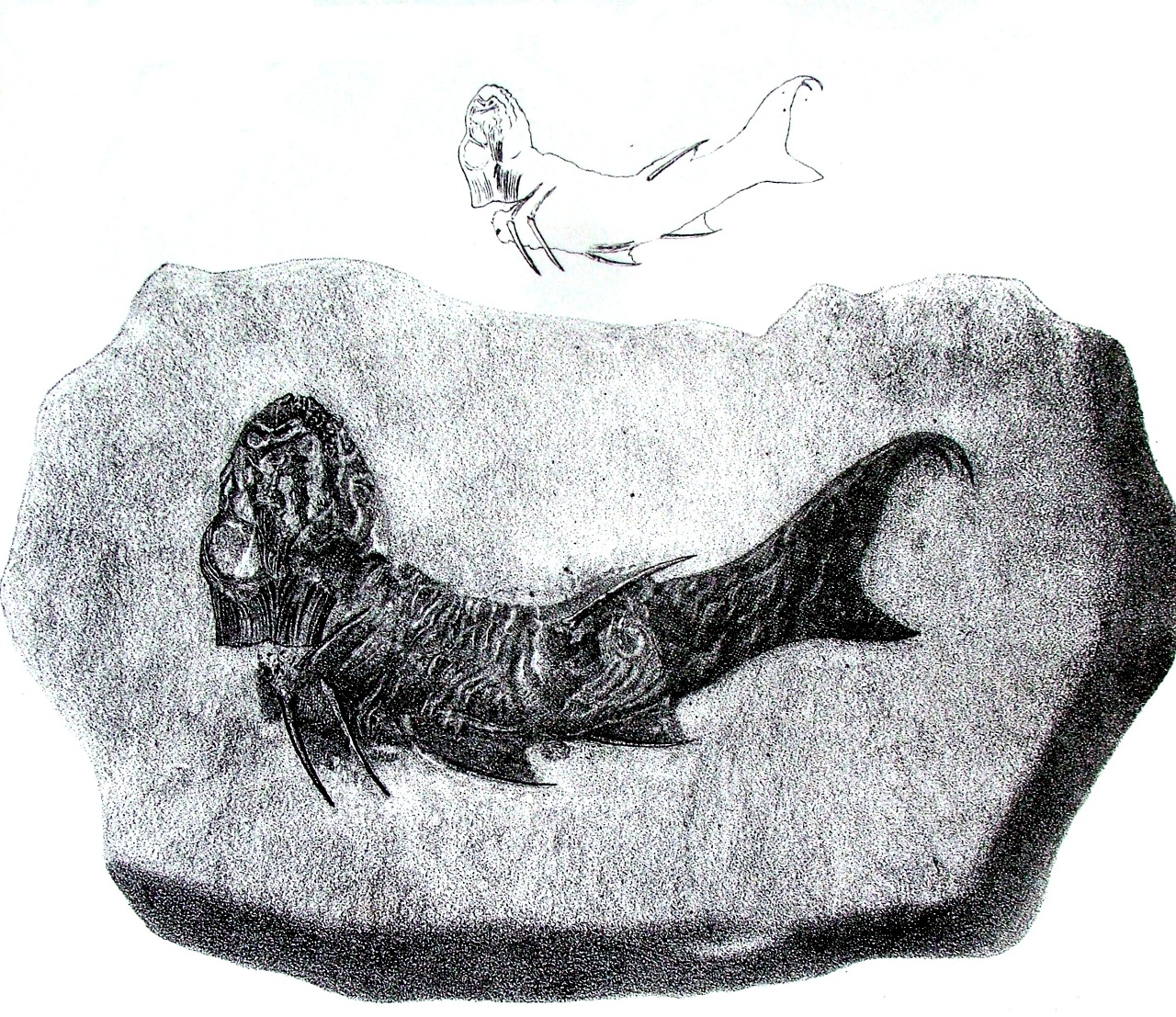 This tiny acanthodian must have been the main food for most of the fishes in the lake. In the Sandwick Fish Bed laminites and above, specimens can be found in their hundreds per square metre on certain layer surfaces.

In literature, two different species have been described, Mesacanthus pusillus and Mesacanthus peachi. After long research it became clear that it was not possible to distinguish between the two and both were lumped in the species M. pusillus (the first species named by Agassiz). Since the species is also too different from the Early Devonian type species Mesacanthus mitchelli it should be placed in its own genus Orcadacanthus (Newman 2023). 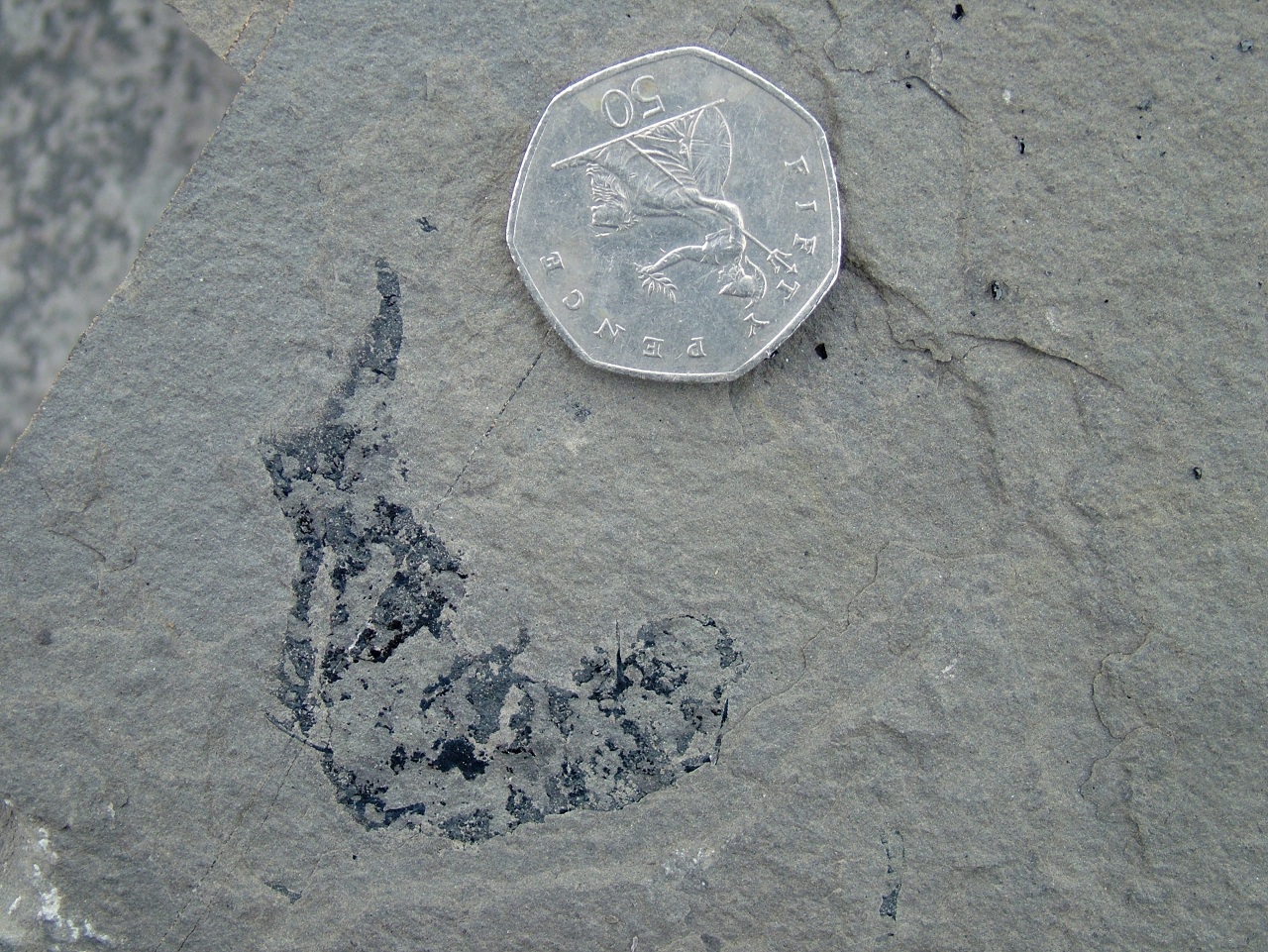 Complete fish from the Sandwick Fishbed. 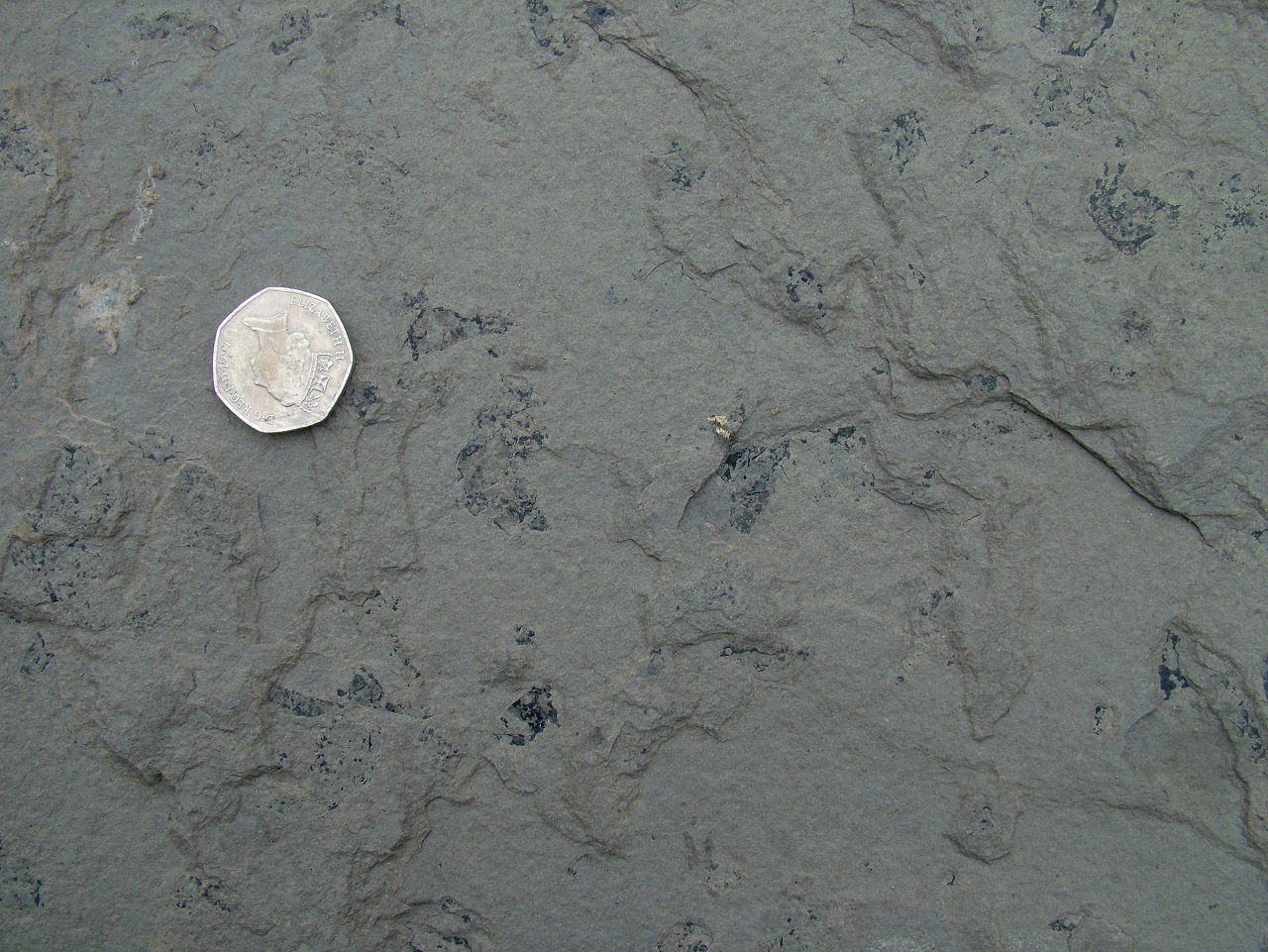 Many specimens together, Sandwick Fishbed. 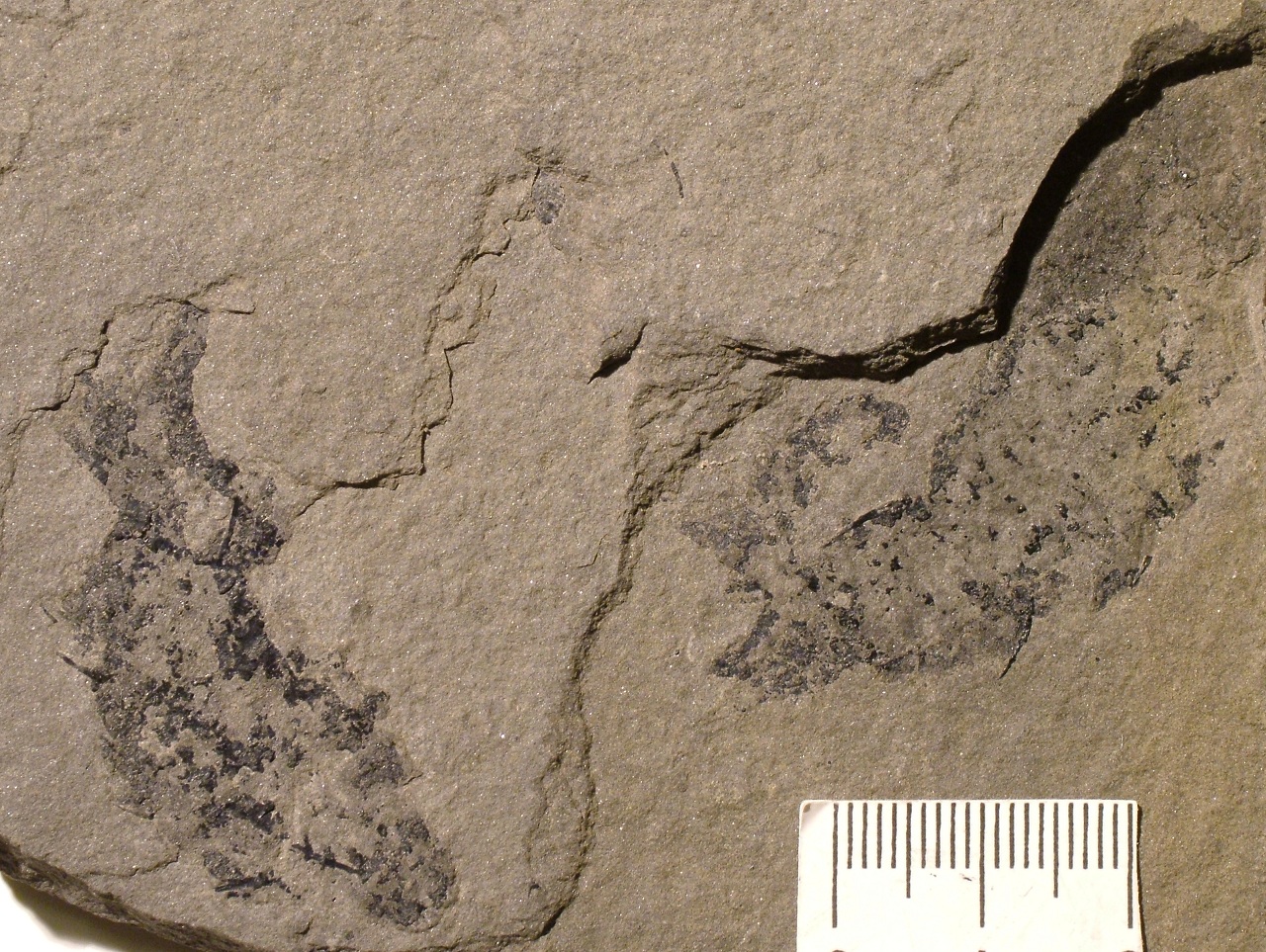