Defintion: any area with a tundra climate, such as mountainous areas in mid-latitudes, or where frost processes are active or permafrost occurs in some form. 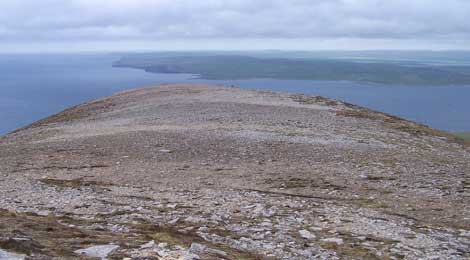 Active periglacial features are confined to the hill tops of Hoy and reflect a prevailing environment of high wind speeds, heavy but now short-lived snowfalls, high ground moisture levels, and frequent freeze thaw cycles in winter. The relict forms reflect, at least in part, more severe periglacial conditions when permafrost may have been widespread. The former presence of ground ice allowed heave processes to move much bigger blocks than is currently possible and enhanced frost weathering generated large volumes of scree and other angular rubble. 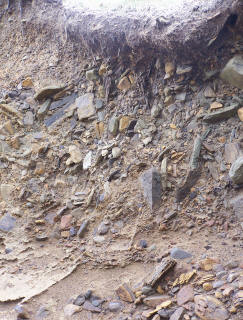