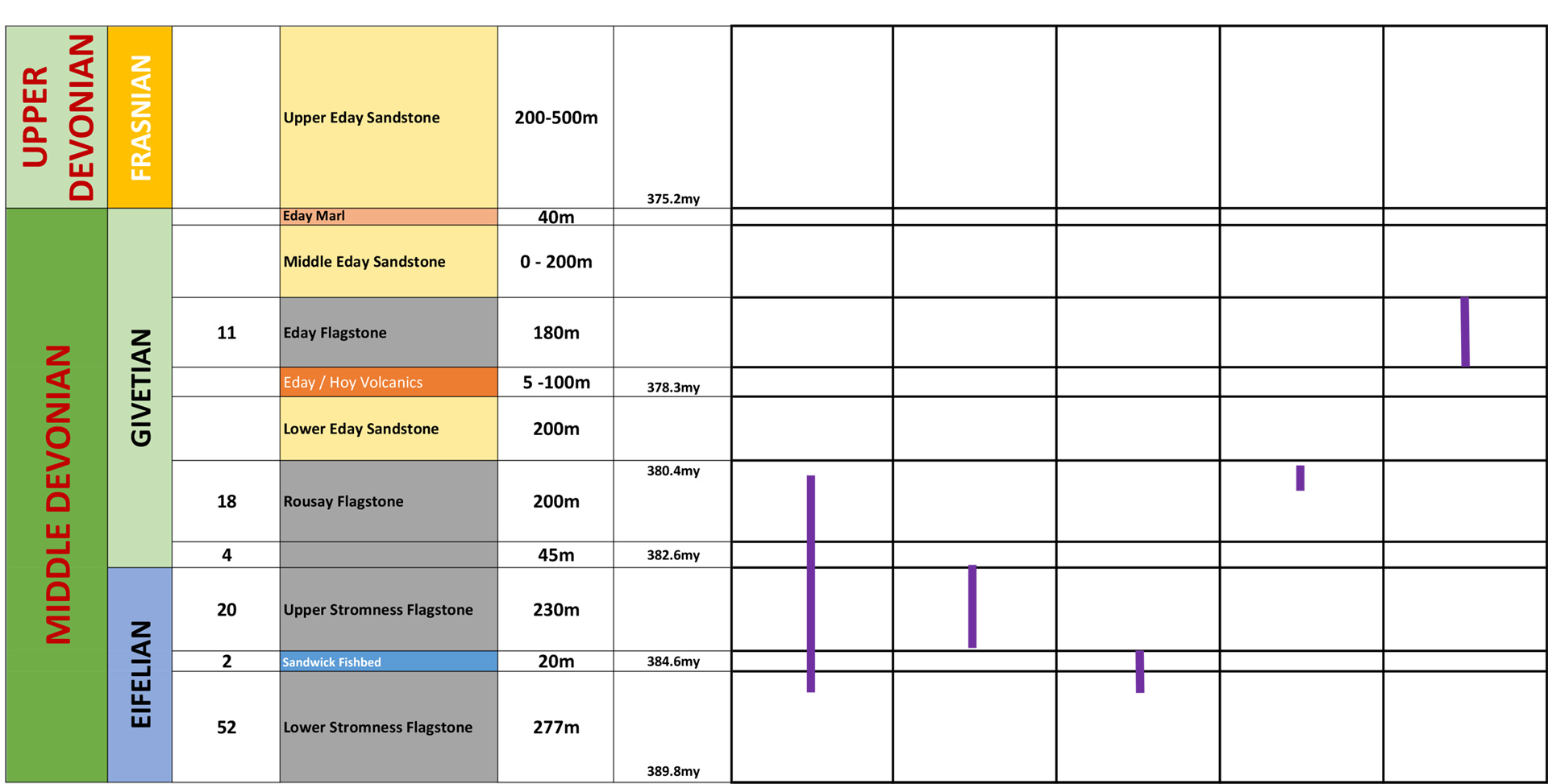 Arthrodires range from a few centimeters to several meters in length. These fishes were very important inhabitants of the lake system and the rivers. They are all “armoured” with big overlapping bony plates, often with many tiny tubercles on the outside.

The head and body were connected with a joint like structure. This probably made movement of the head more independent from the body. A similar structure can be found today in recent armoured (actinopterigii) catfish. This is a case of a structure evolving independently in completely different fish groups.

Only the front third of an individual arthrodire was heavily armored. Sometimes the rest of the body was covered with very tiny scales, which were probably not bony since they fossilize leaving only a faint stain. Only some of the antiarchi species found on Orkney have scales that preserve well.

It is not possible to generalize about placoderm feeding mechanisms because they differ from species to species.  However, most of the placoderms found on Orkney have well developed jaws often with tiny teeth like structures. They may have fed on tiny fish or invertebrates. It is also suggested that they were ambush predators swallowing their prey whole.

Morphology and histology of the arthrodires

The dermal plates are normally constructed in three layers, the basal layer is made up of laminar bone, the middle layer of trabecular bone with vascular spaces and the superficial layer that has the ornamentation. In thin sections you often see tubercles growing on top of each other. Tubercles can form as part of growth process of a dermal plate, or part of a repair process. It does not reflect well the yearly growth is generally not well preserved. Some of the yearly (seasonal) growth can be seen at the edges of the plate, illustrated here with an intro lateral plate of Homostius. 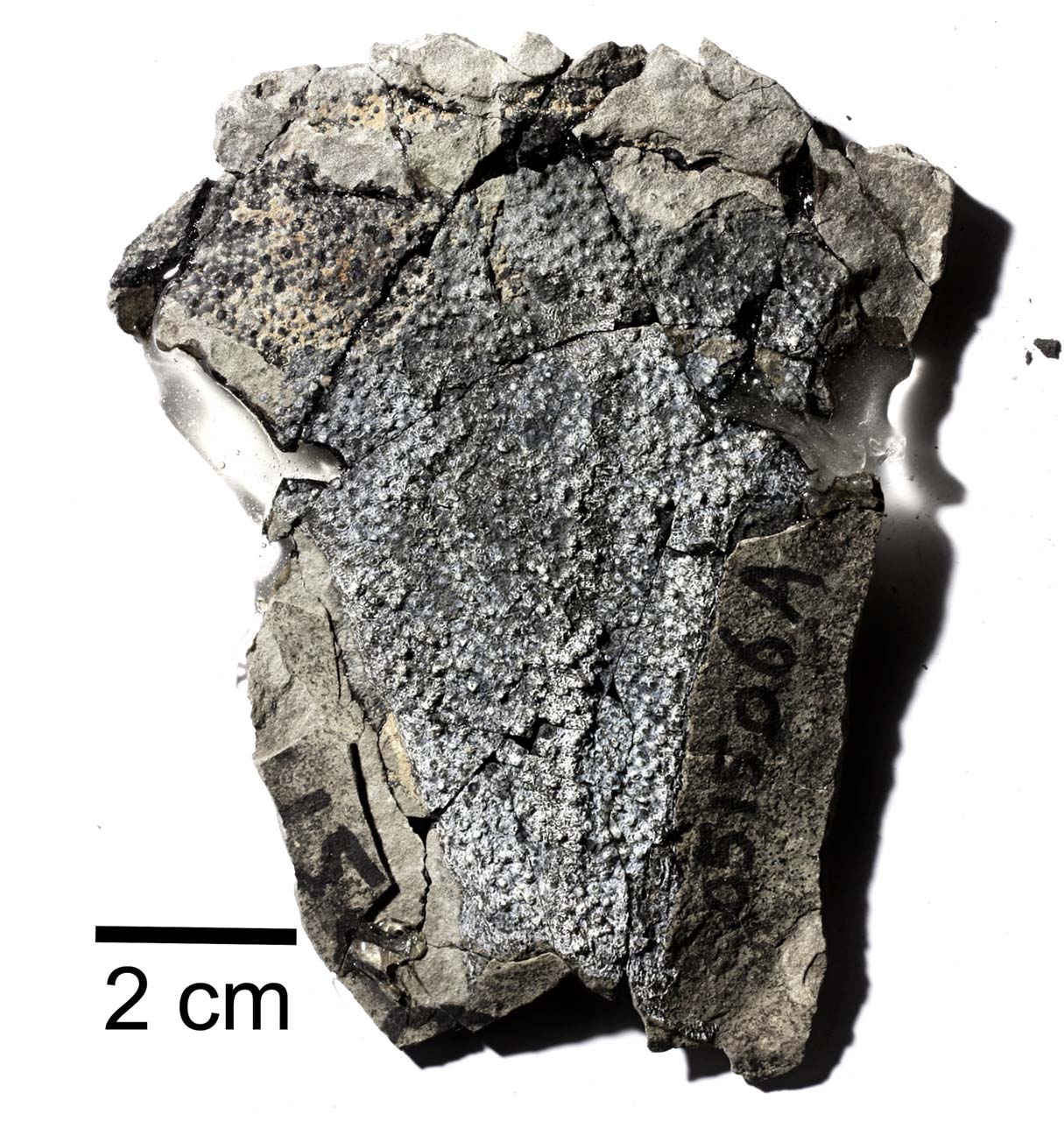 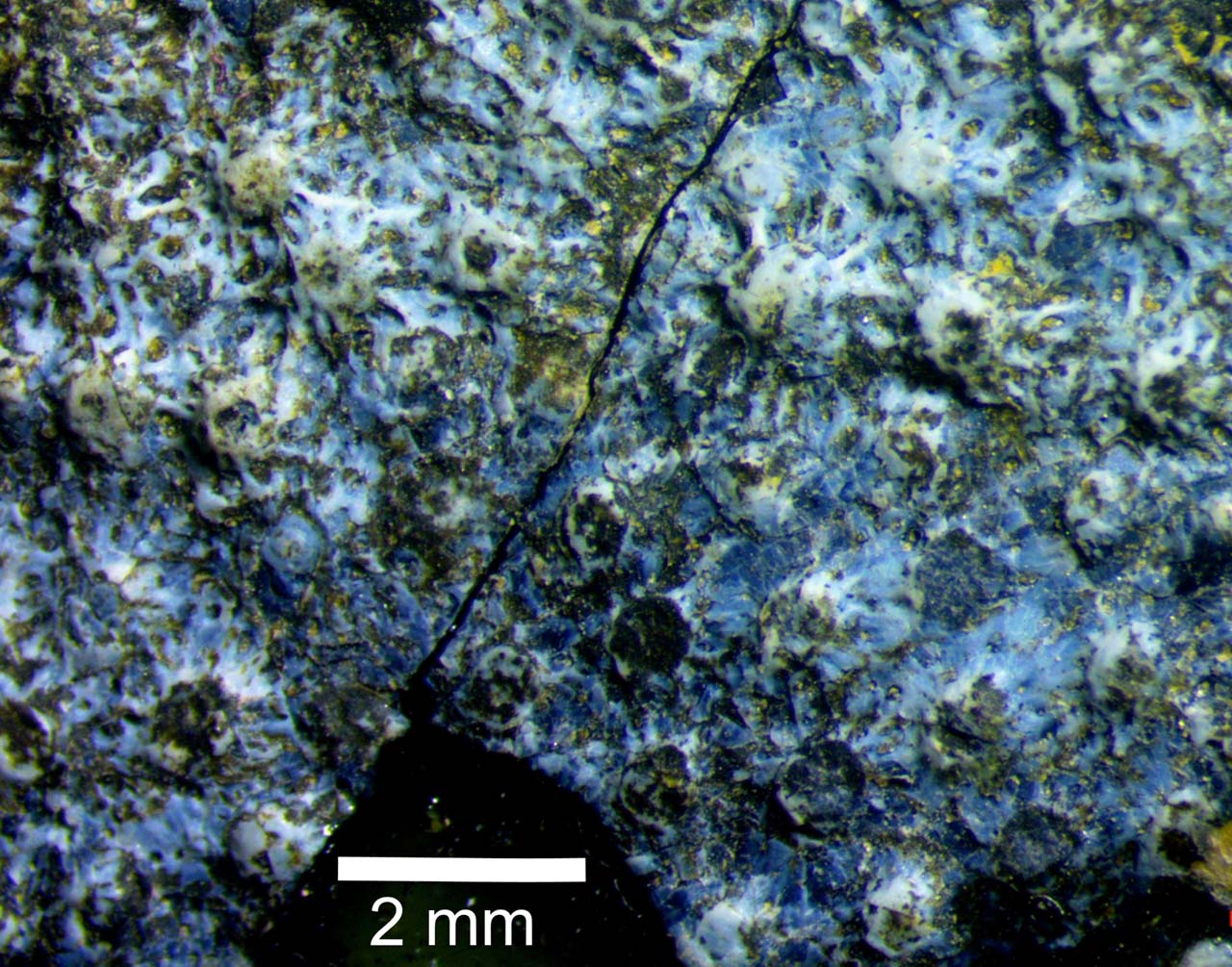 Median ventral plate Homostius with close up of tubercles 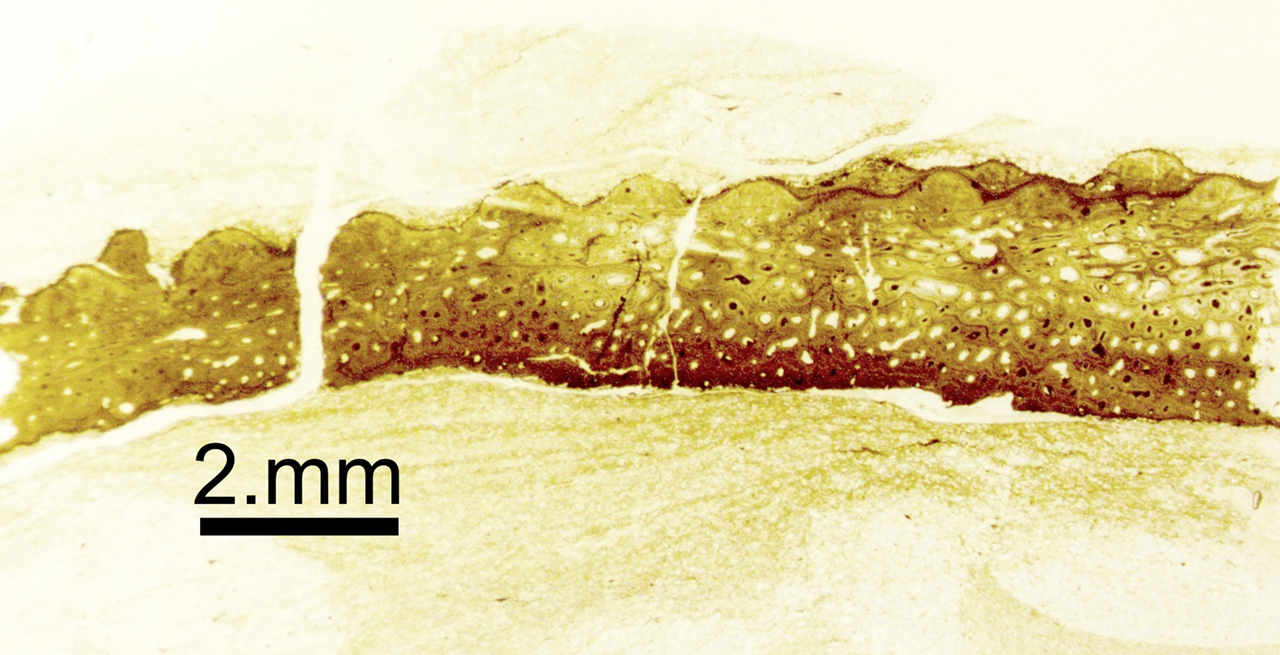 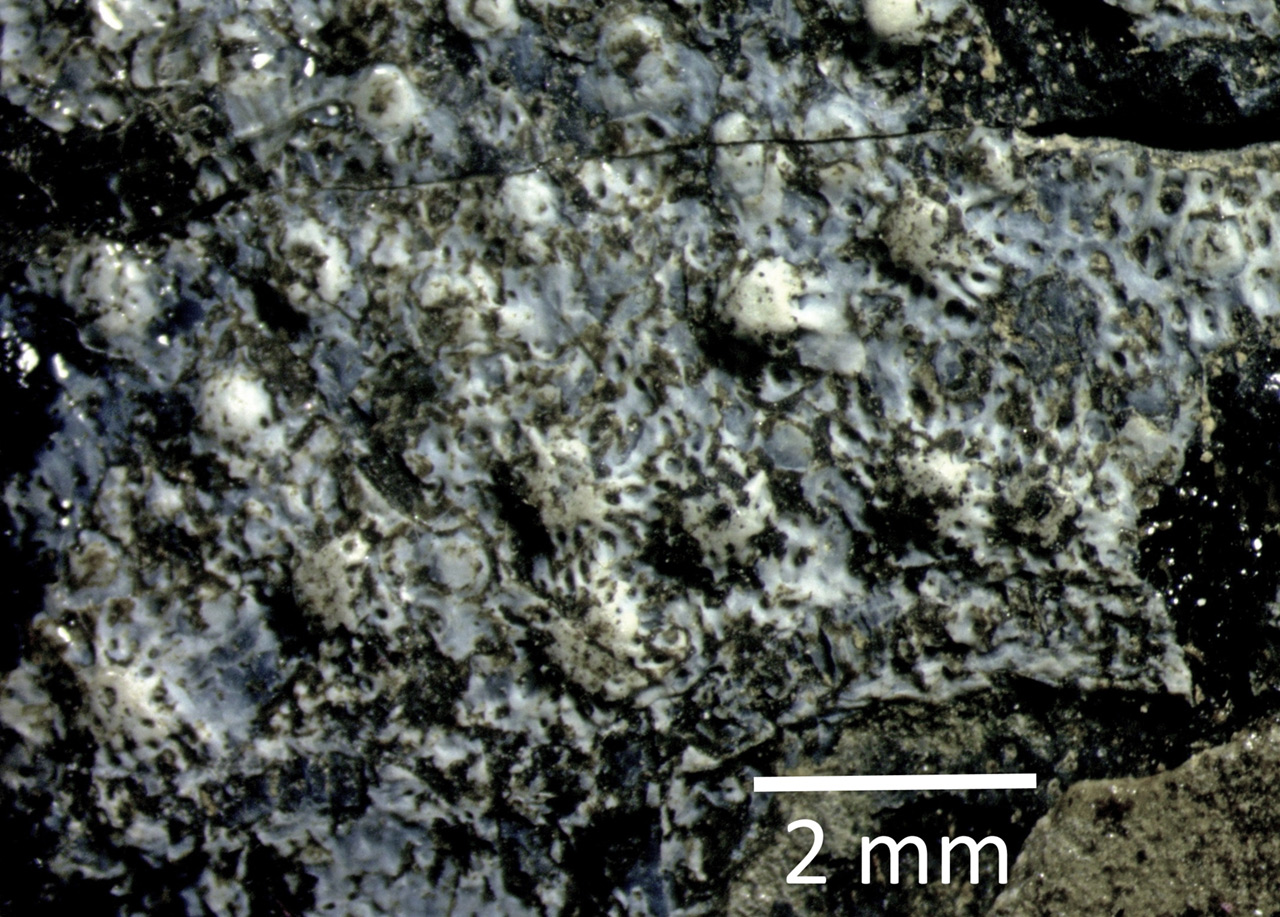 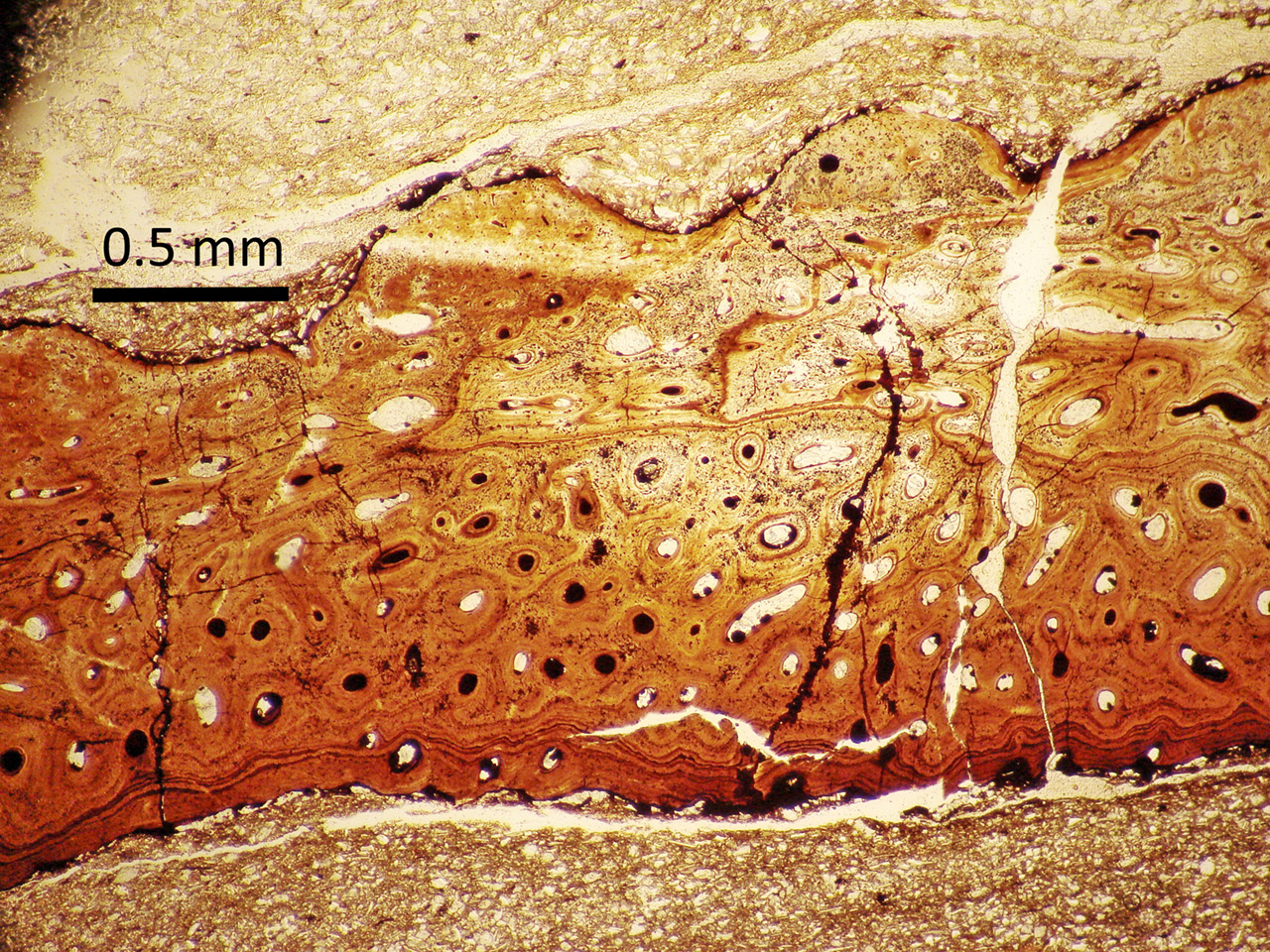 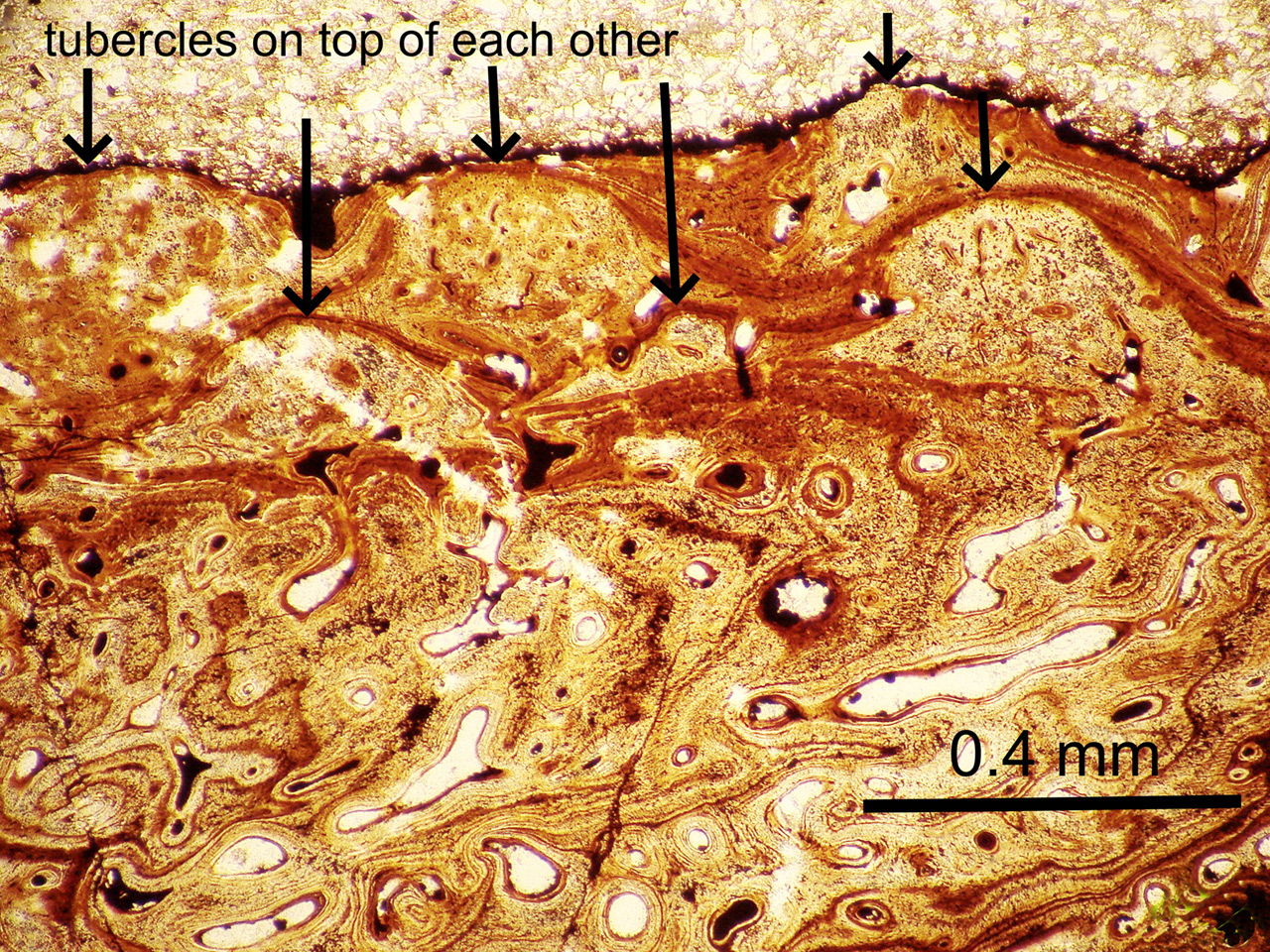 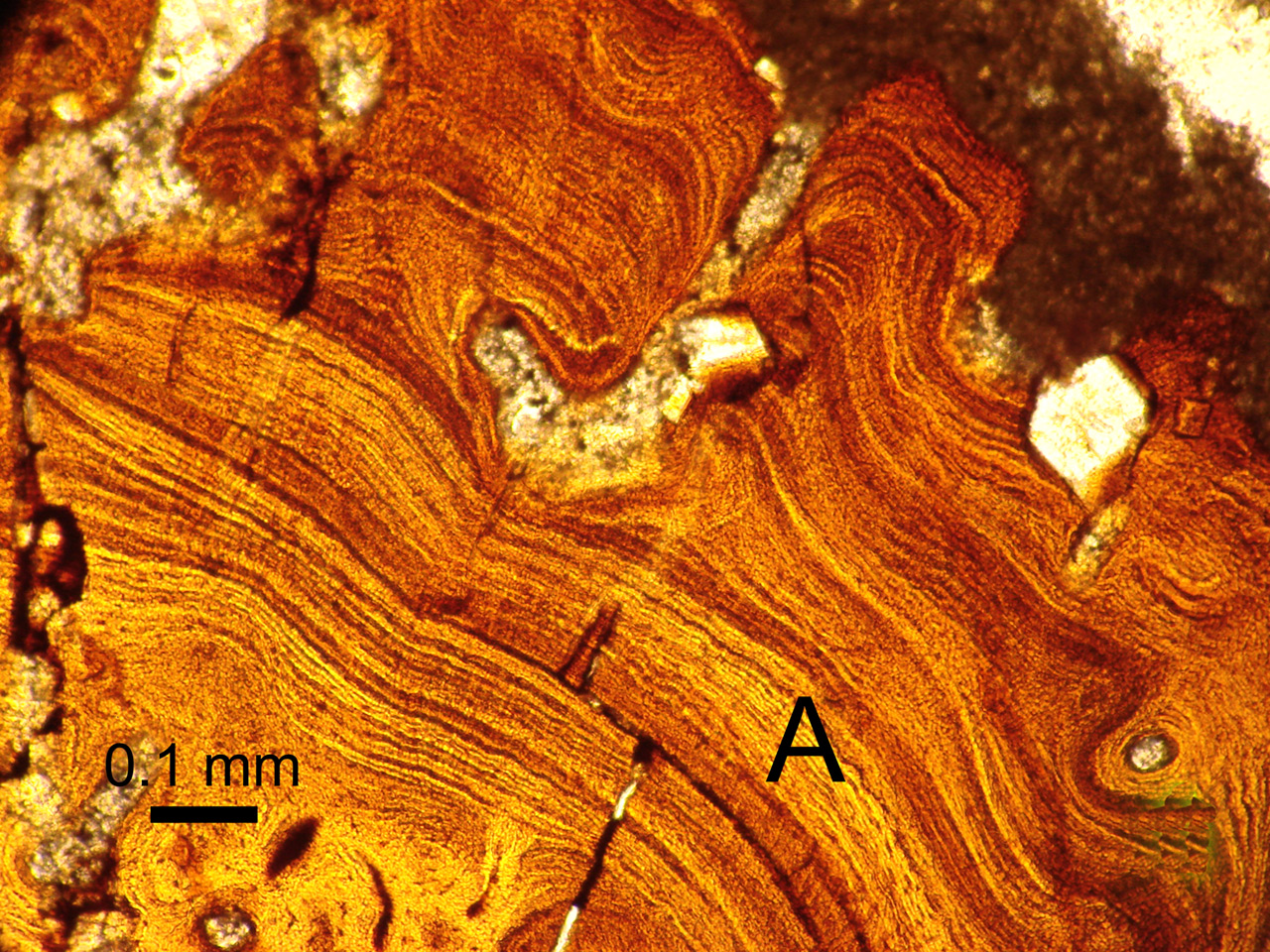 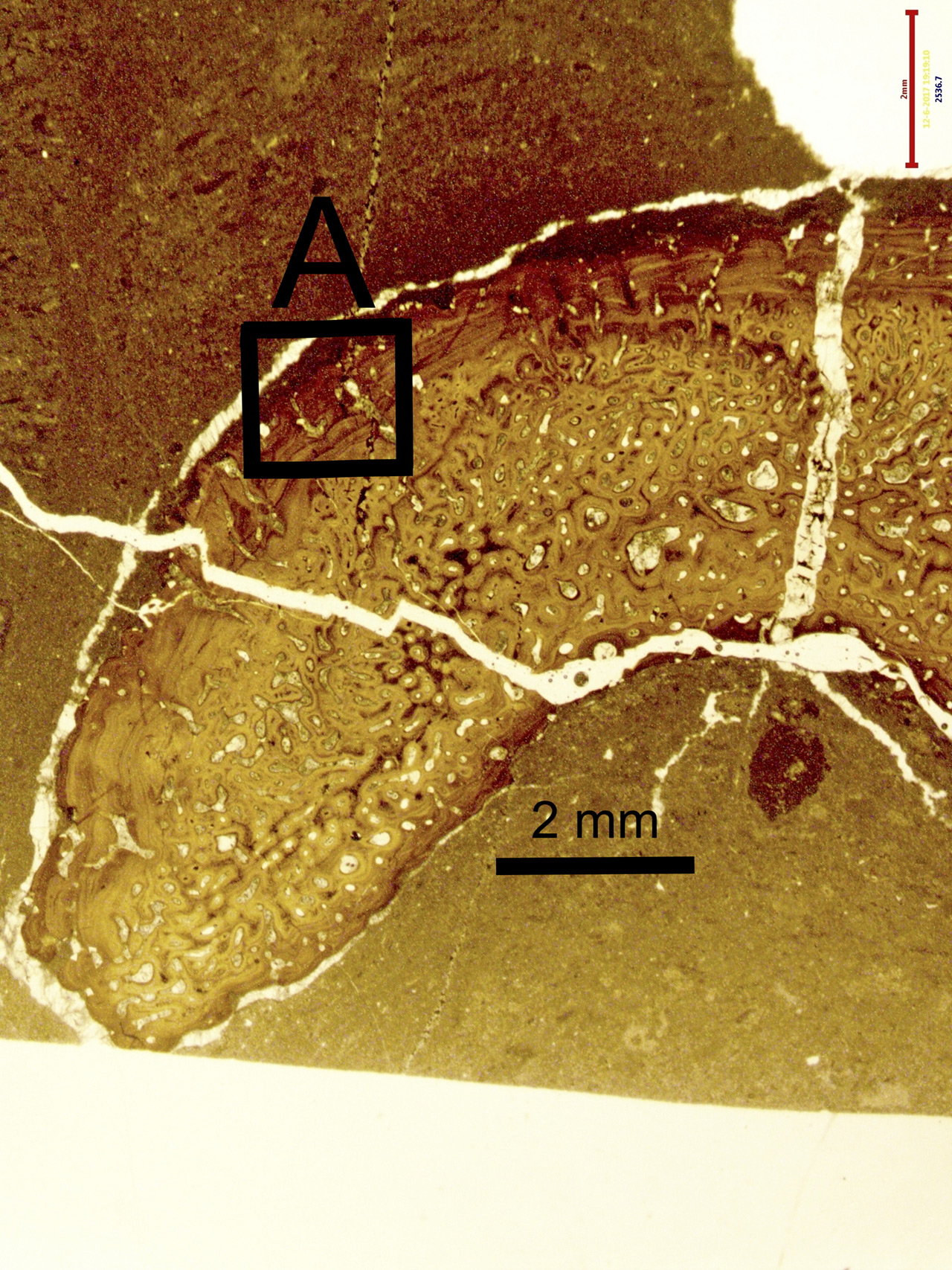 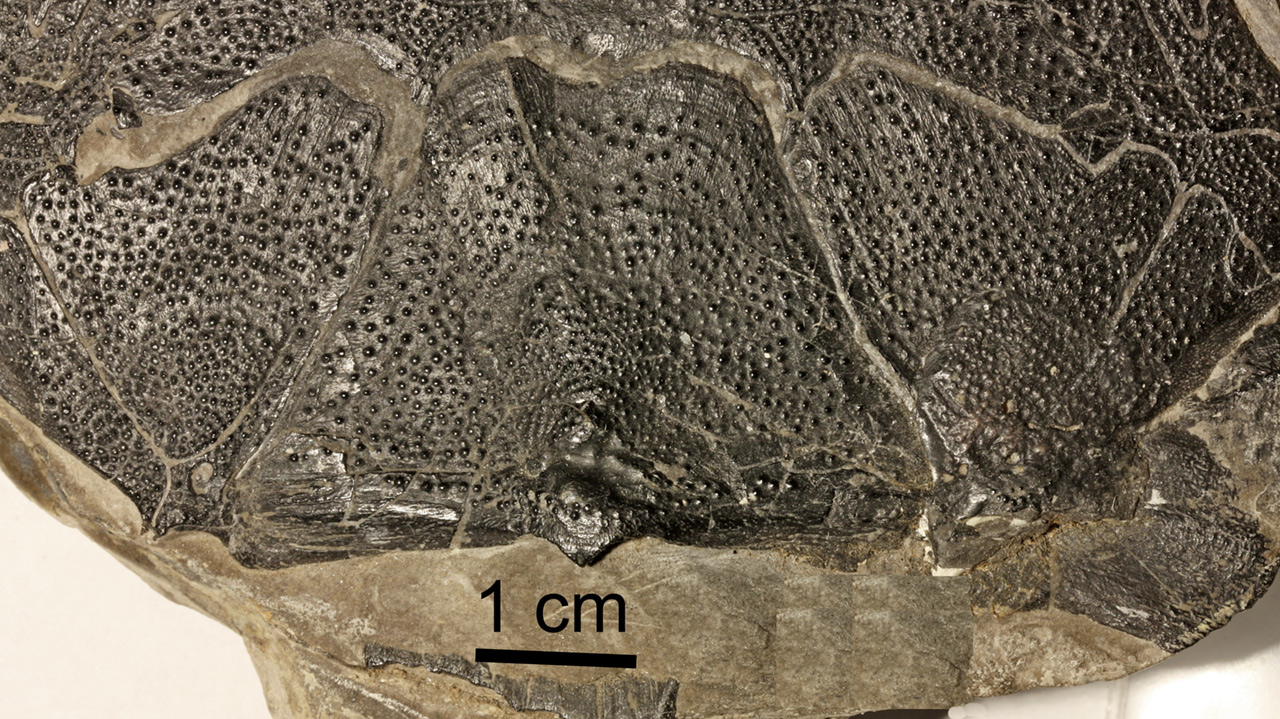 Nuchal and paranuchal plates, close ups and photomicrographs of tubercles. 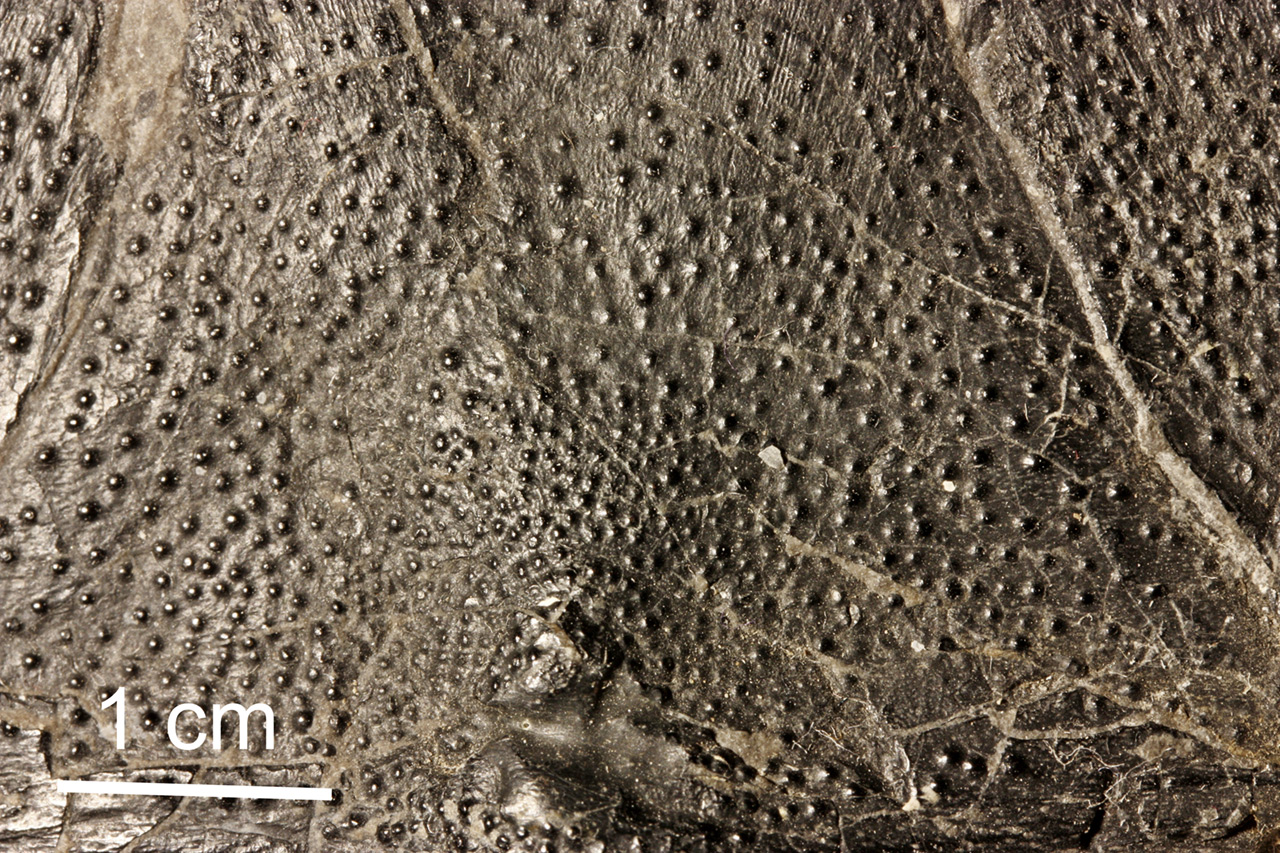 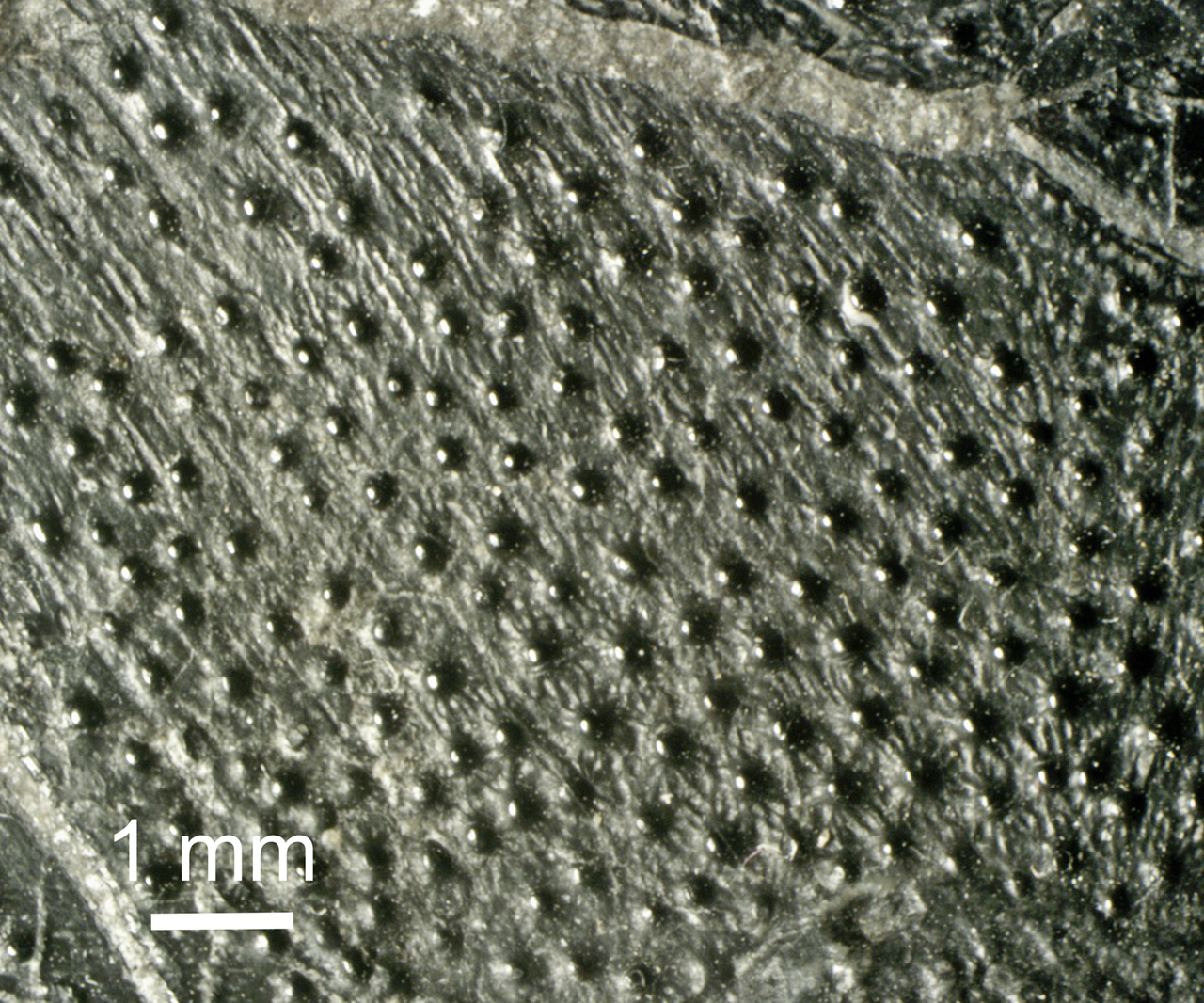 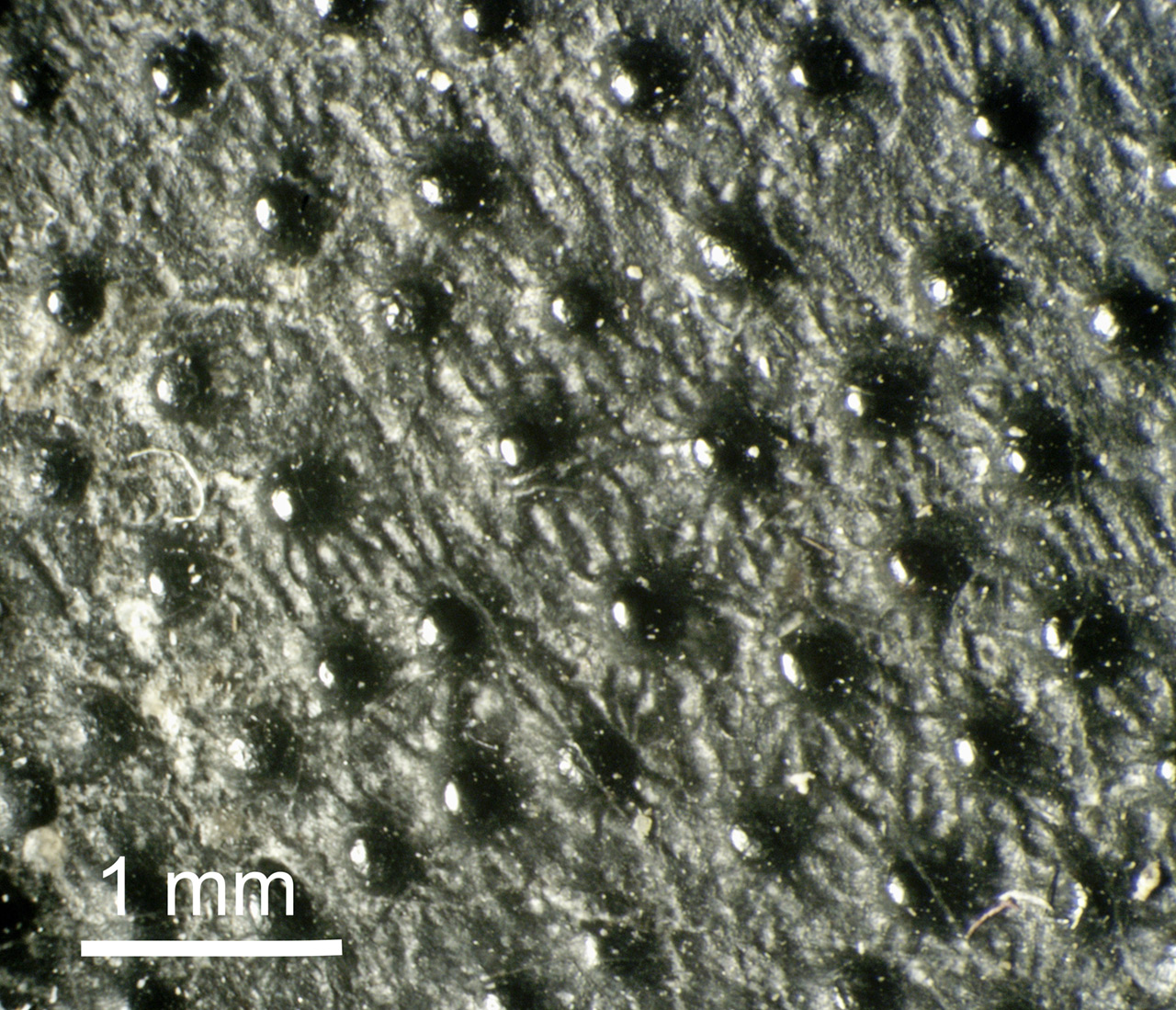 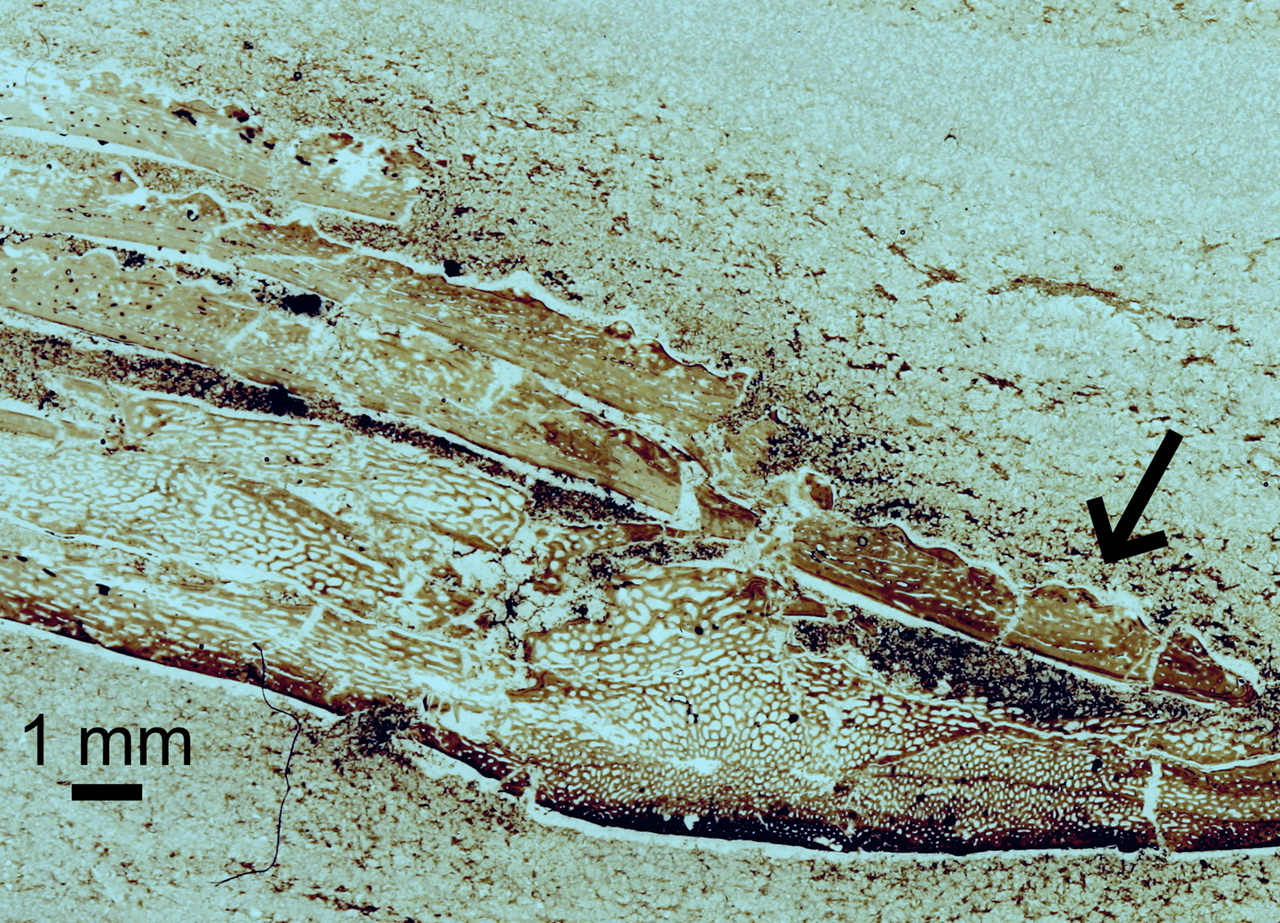 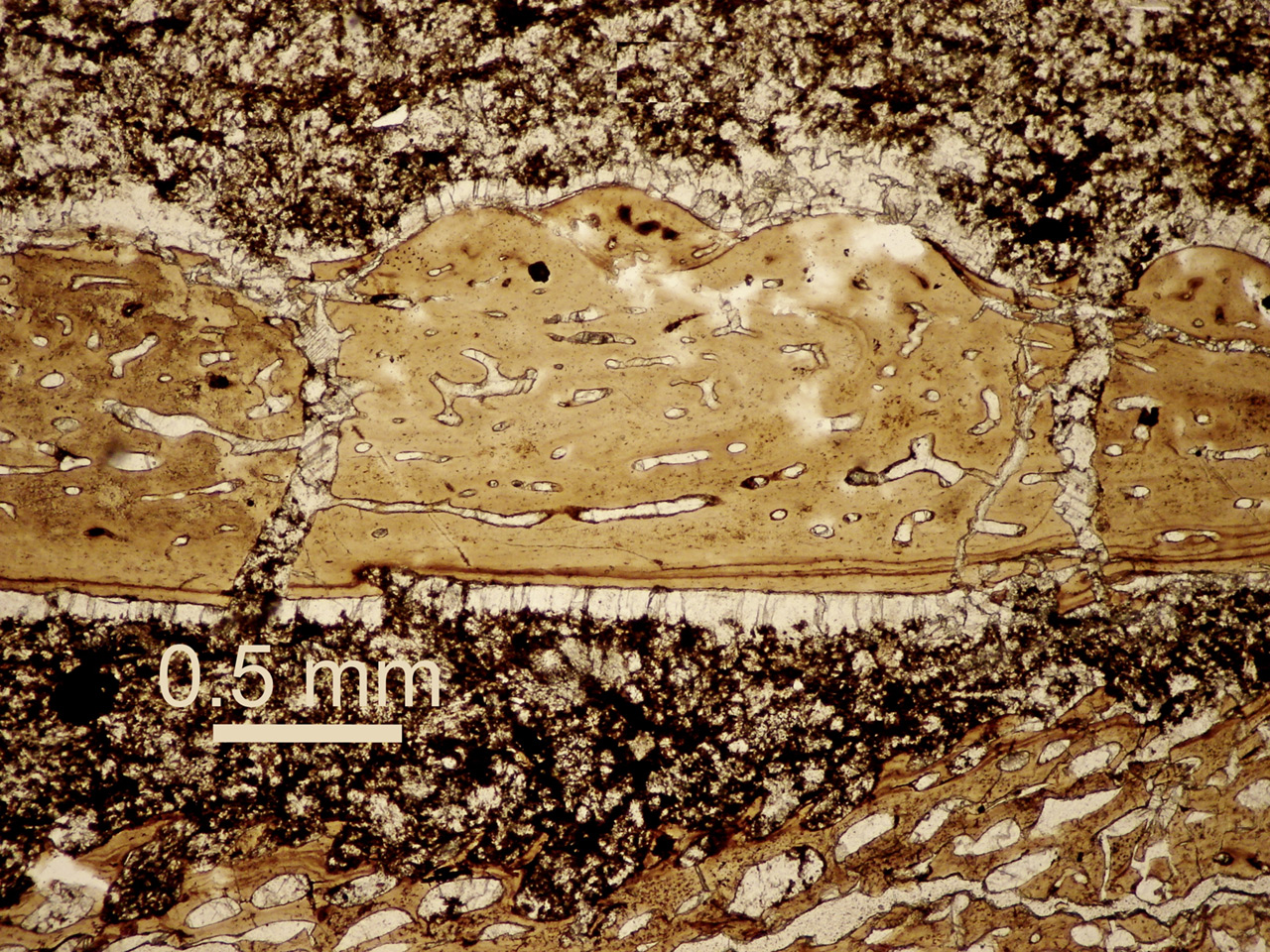 Photomicrograhs of dermal plates and close up. 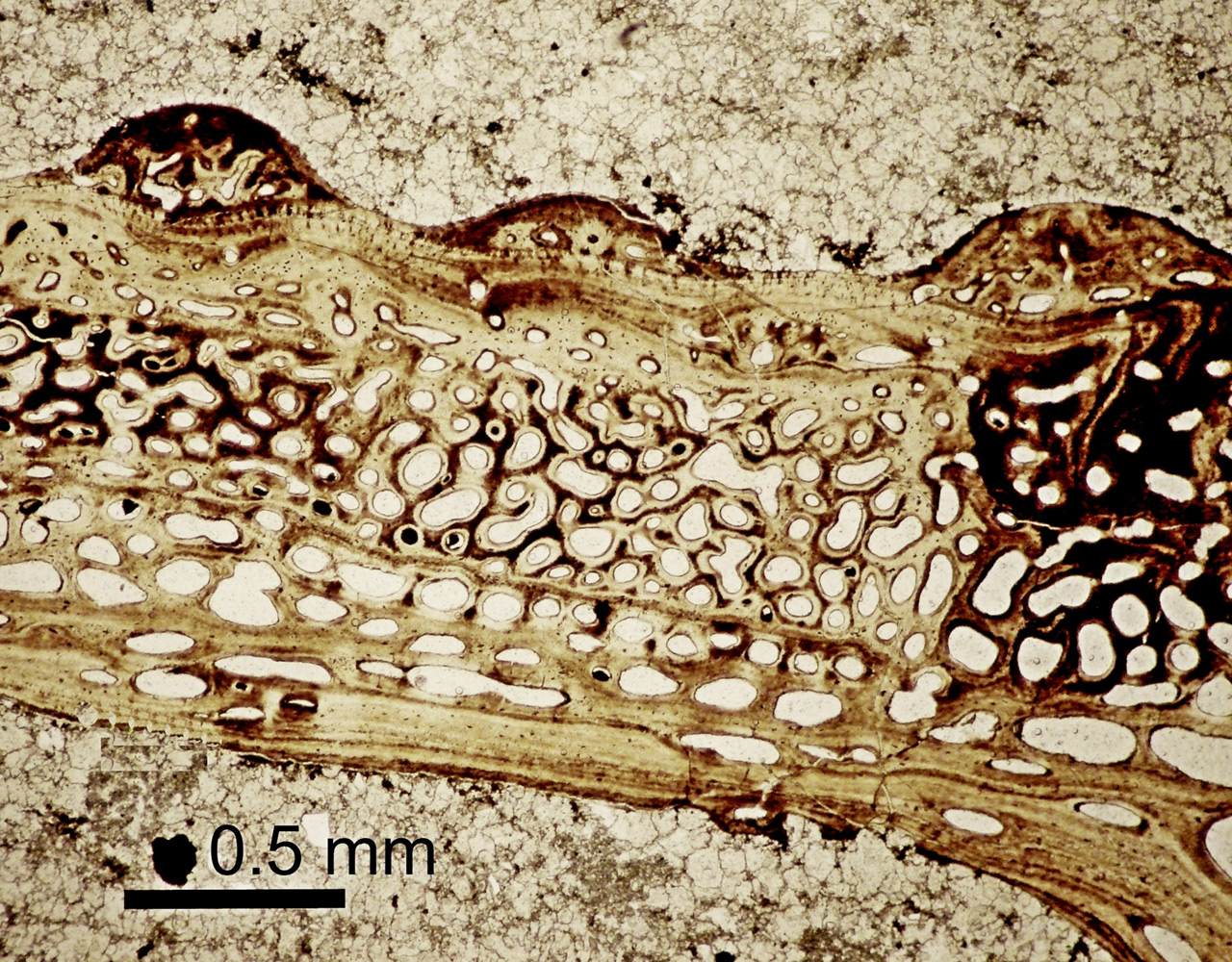 Photomicrograph of para nuchal plate and close up. 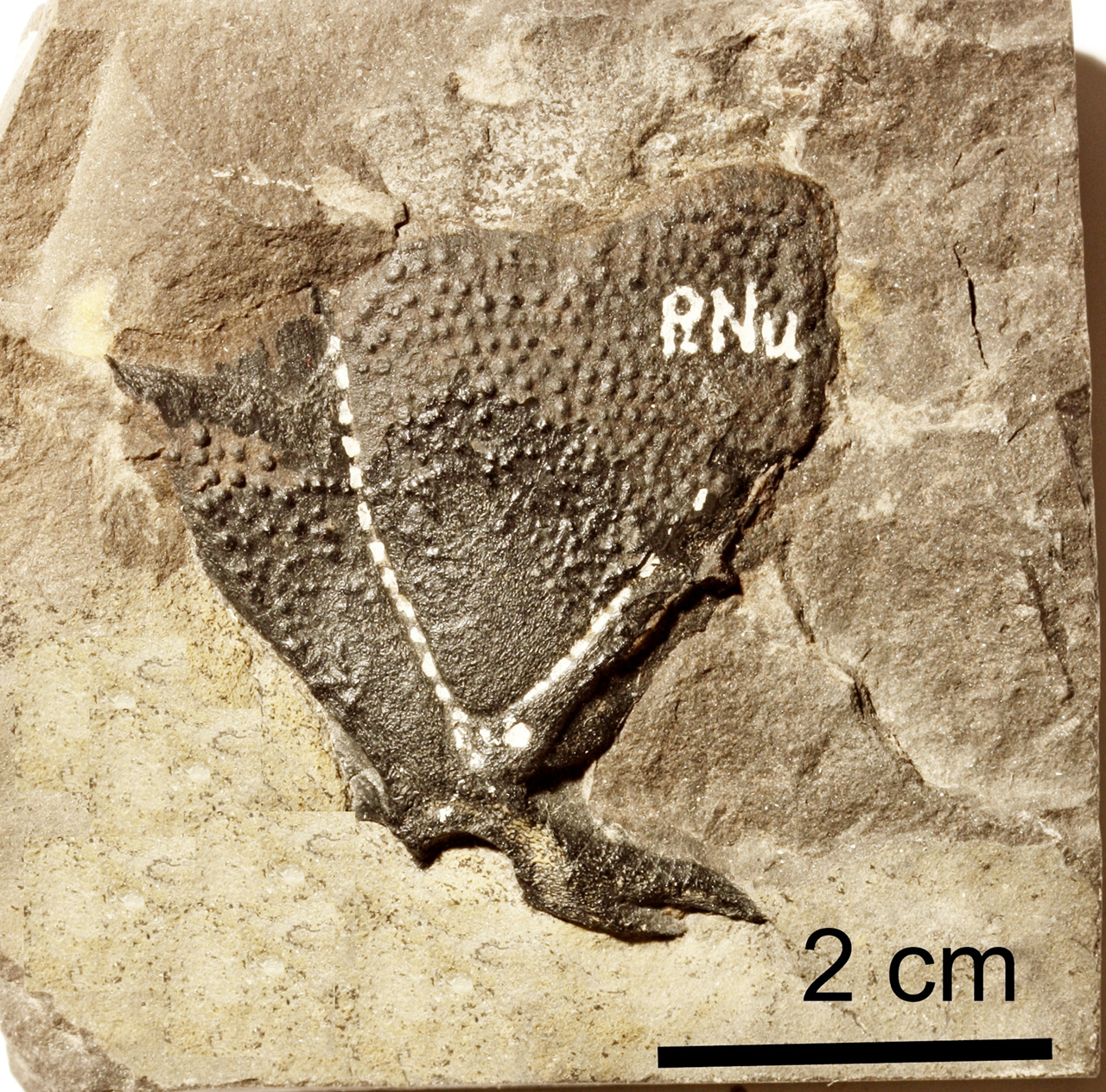 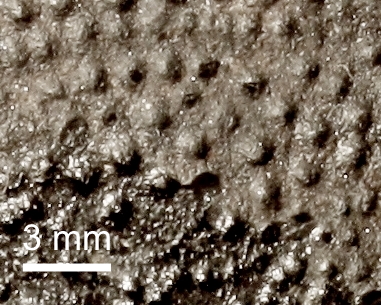 Para nuchal plate and close up of tubercles. 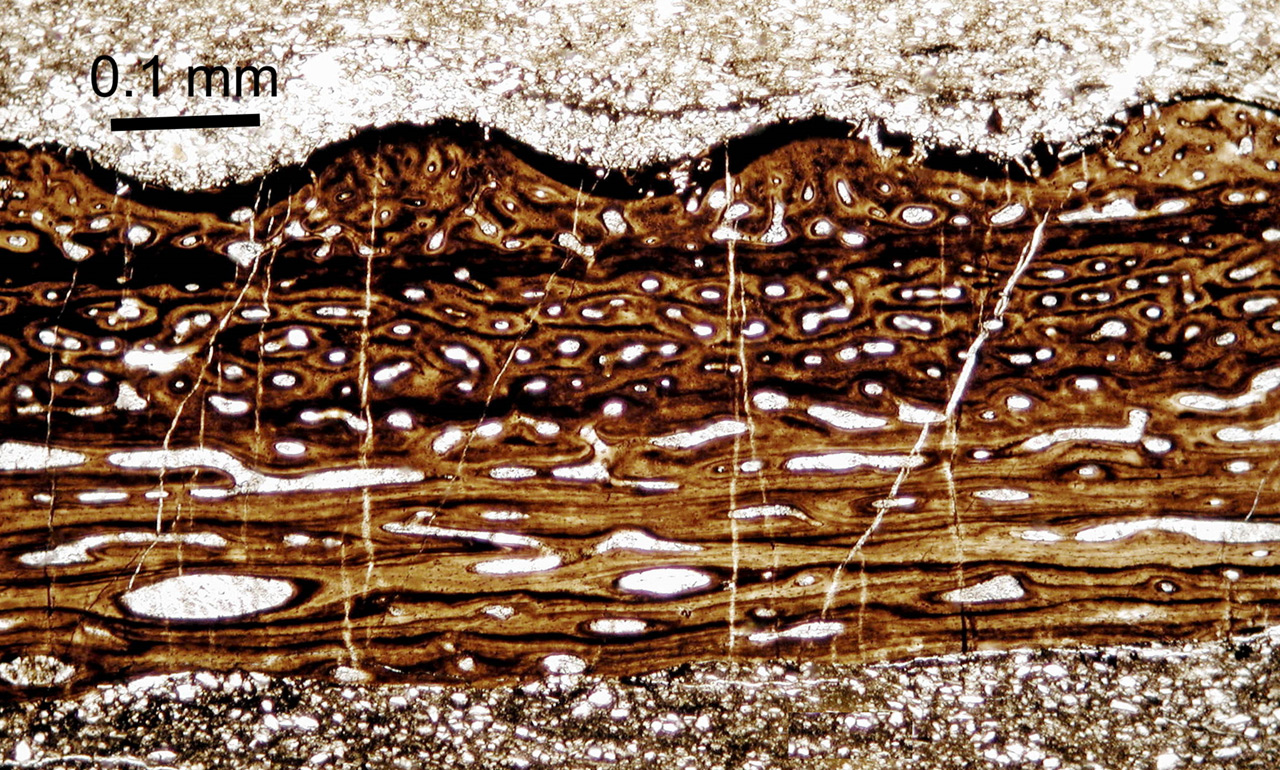 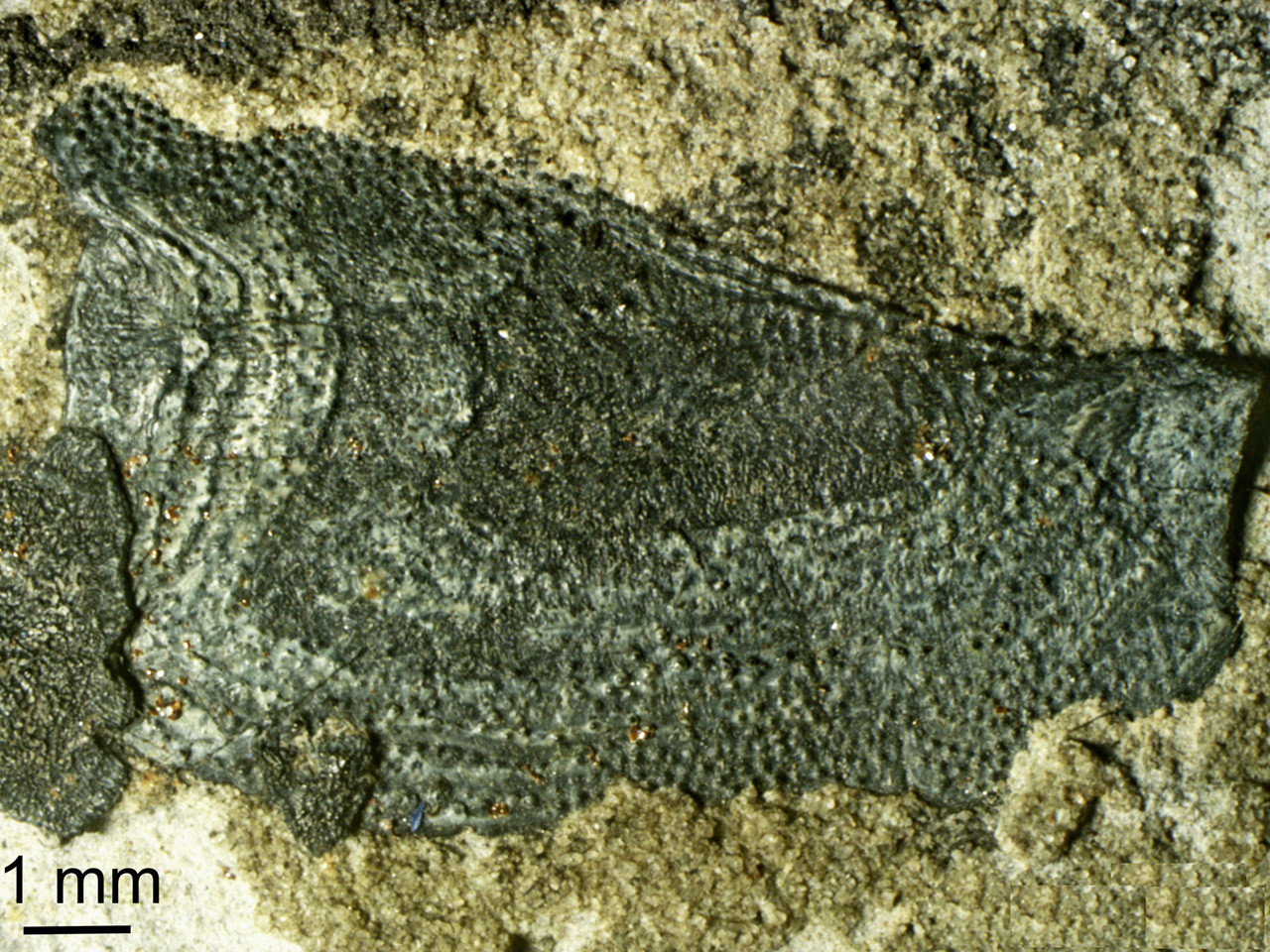 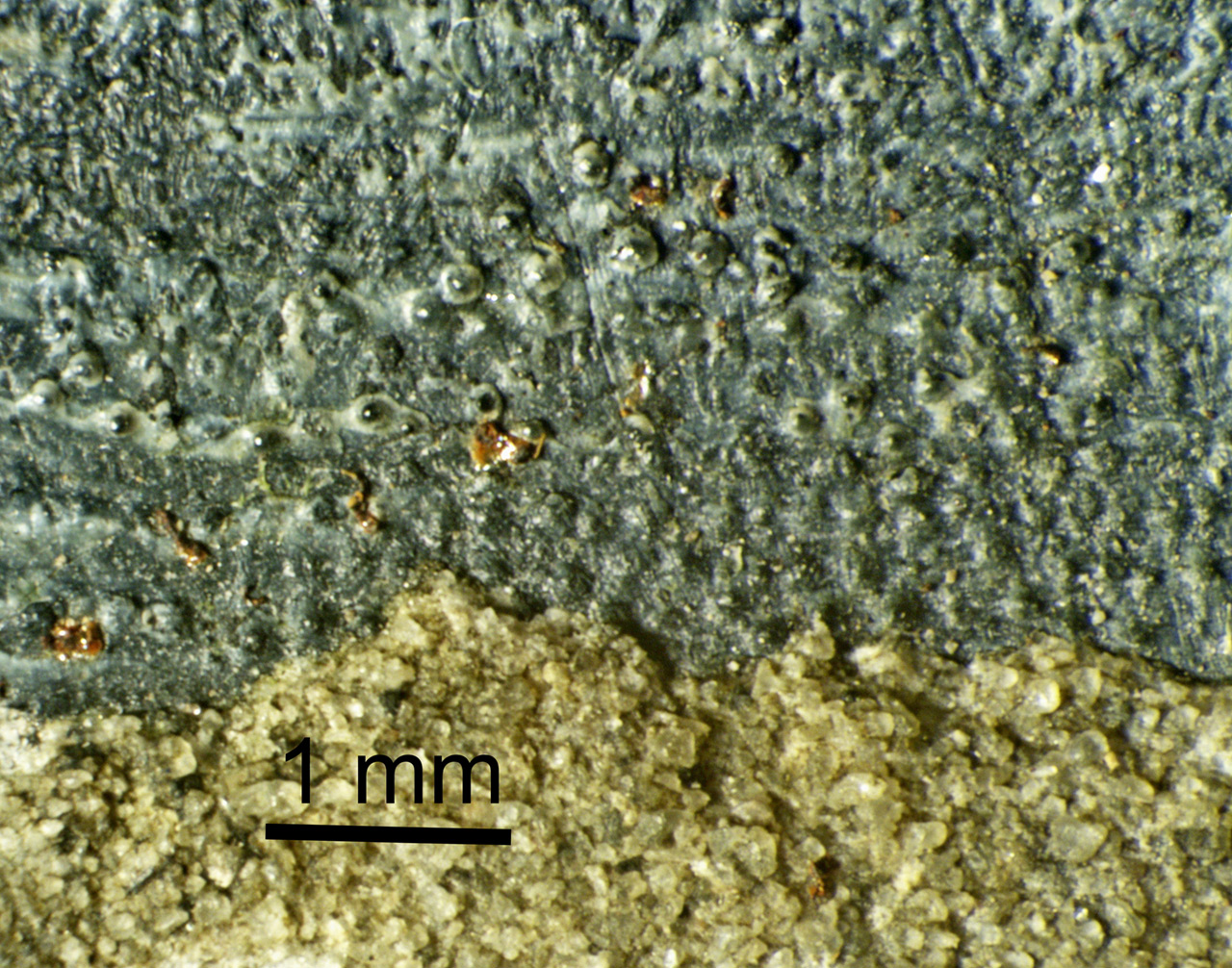 Posterior ventro lateral plate and close up of tubercles. 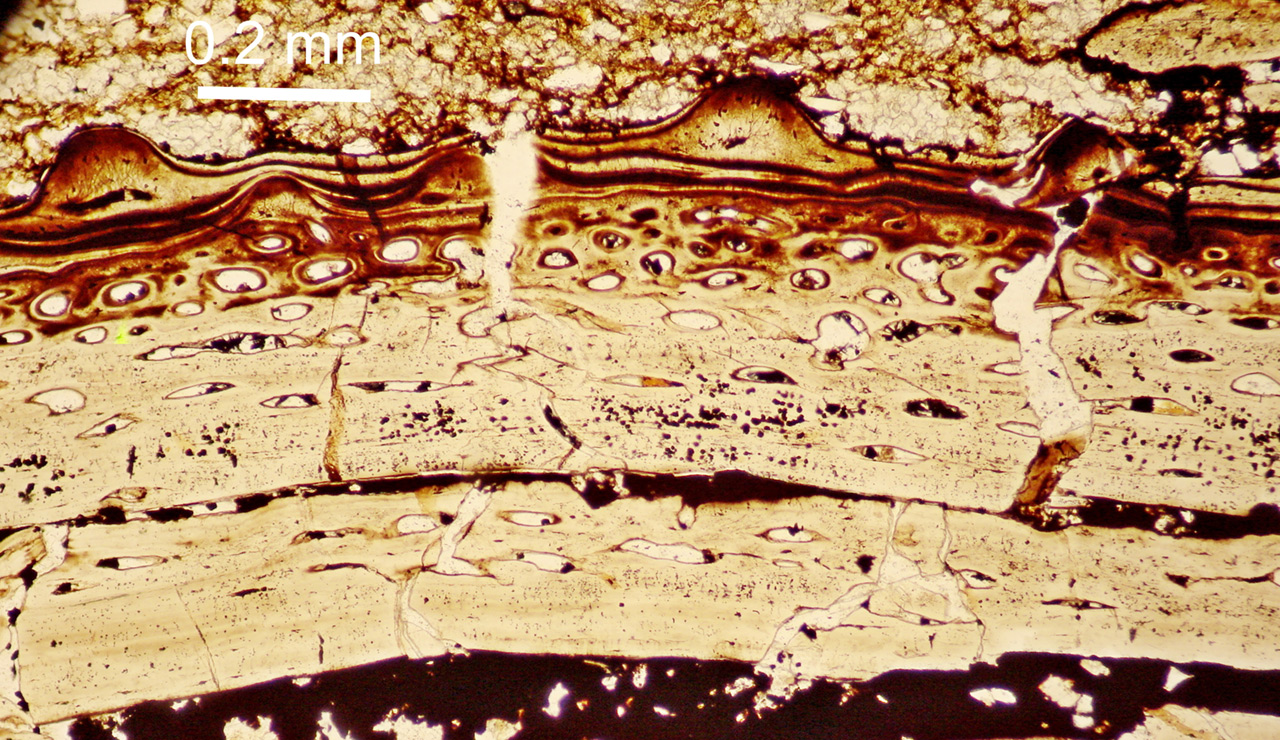 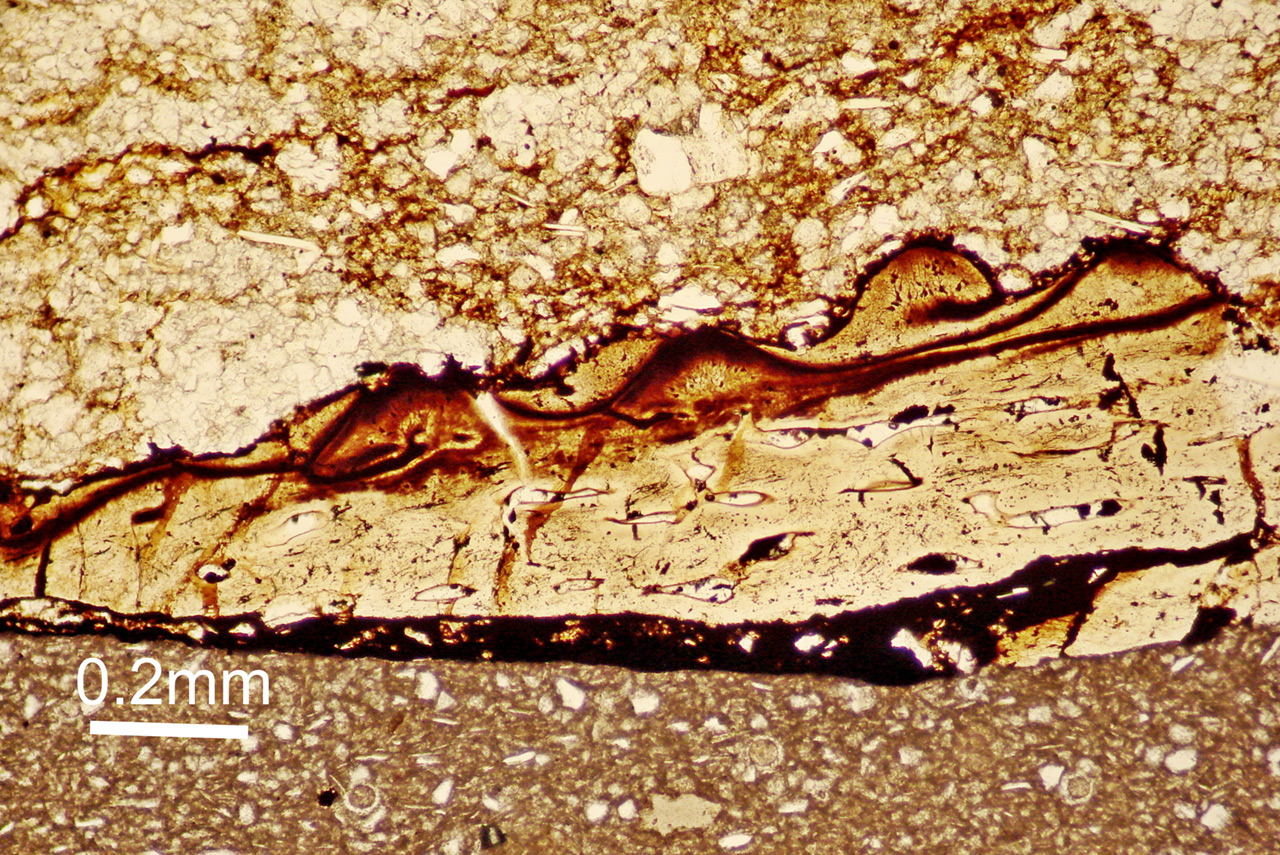 Photomicrographs of thin sections of dermal plates of Millerosteus 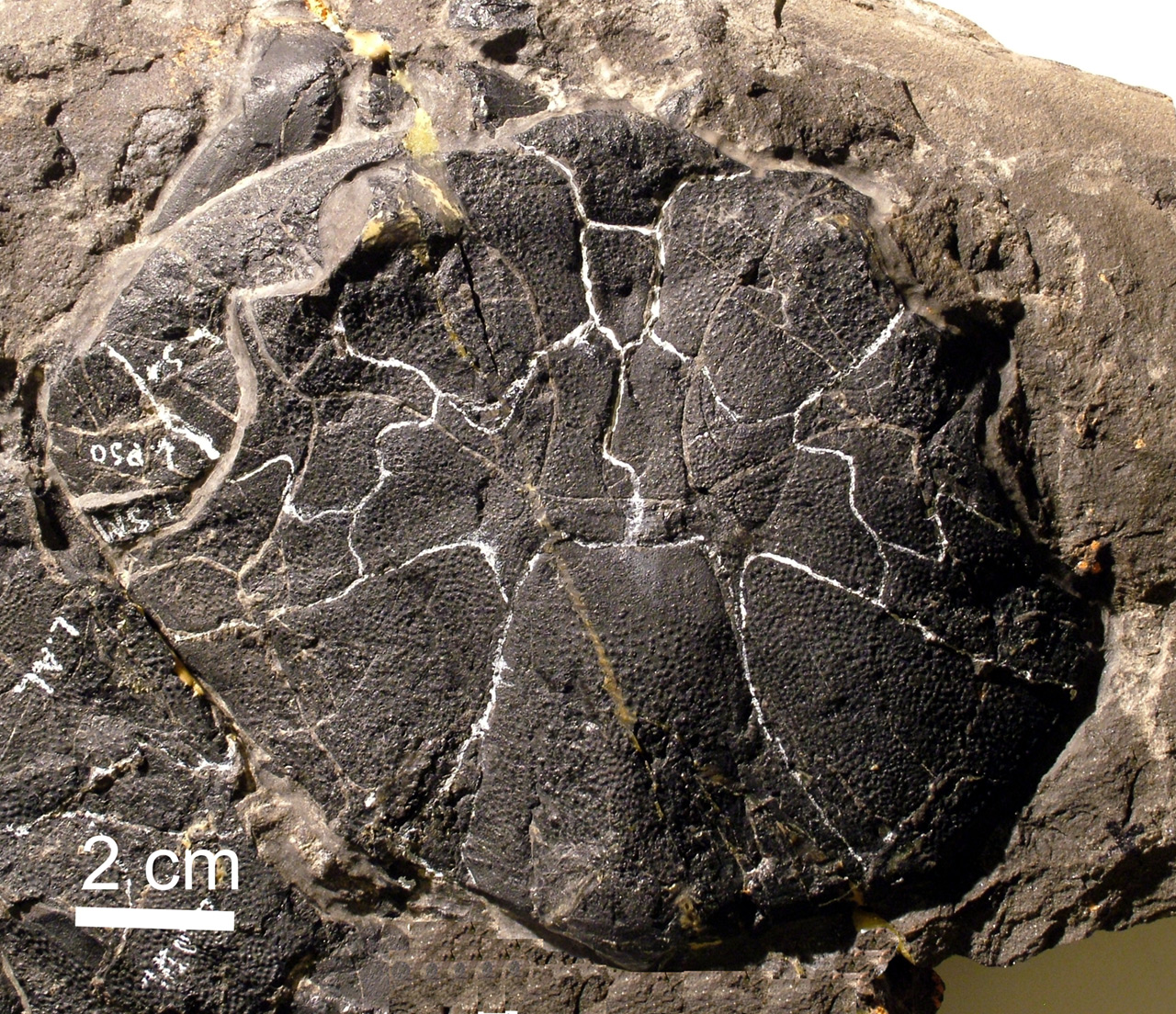 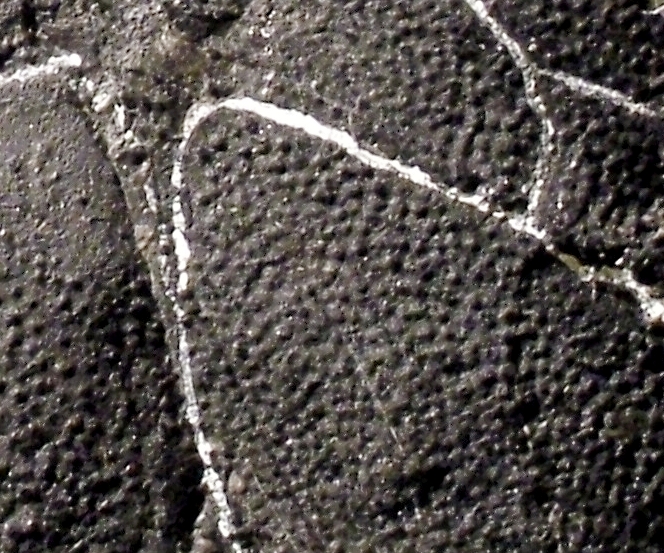 Head and close up of head. 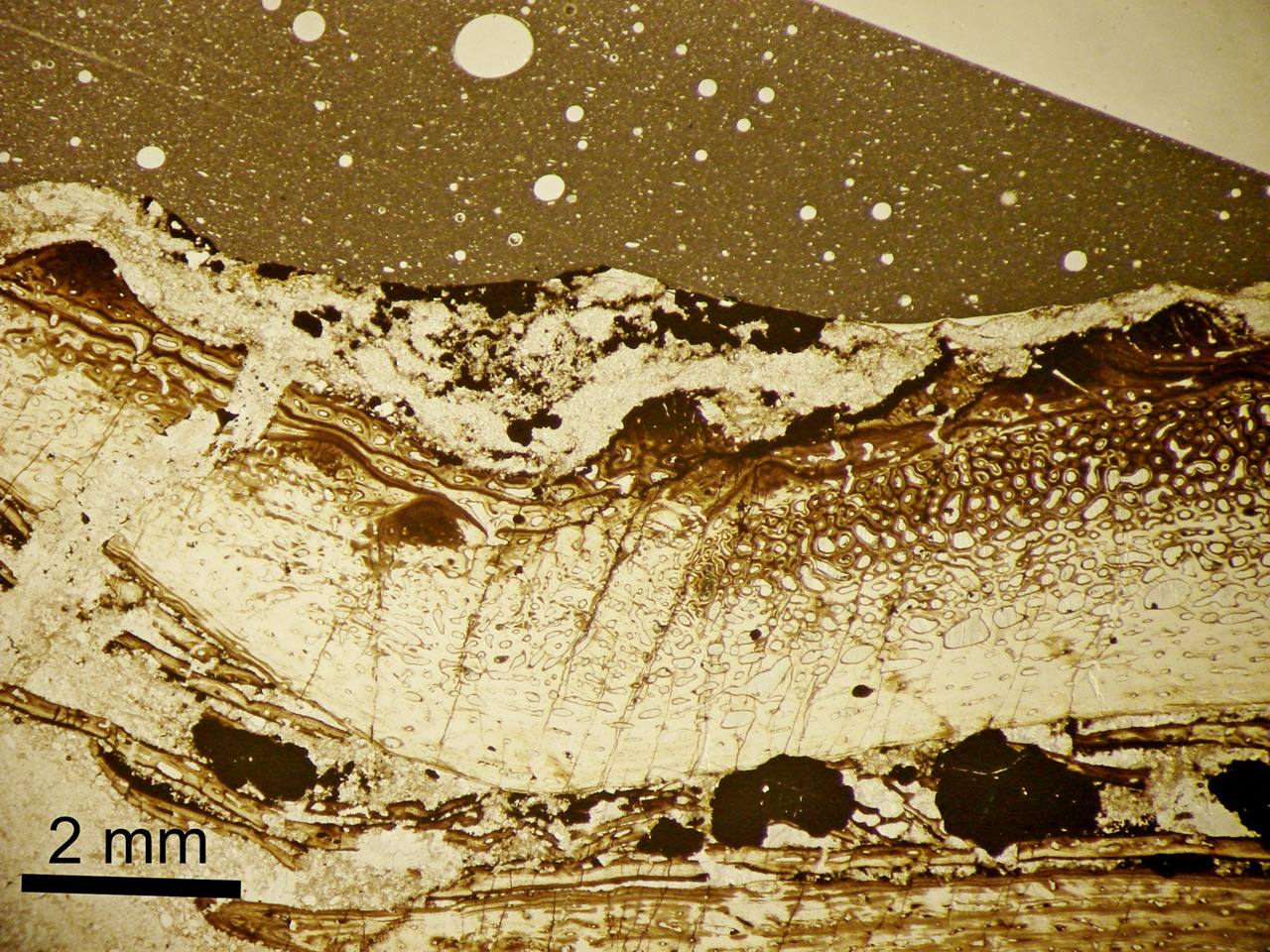 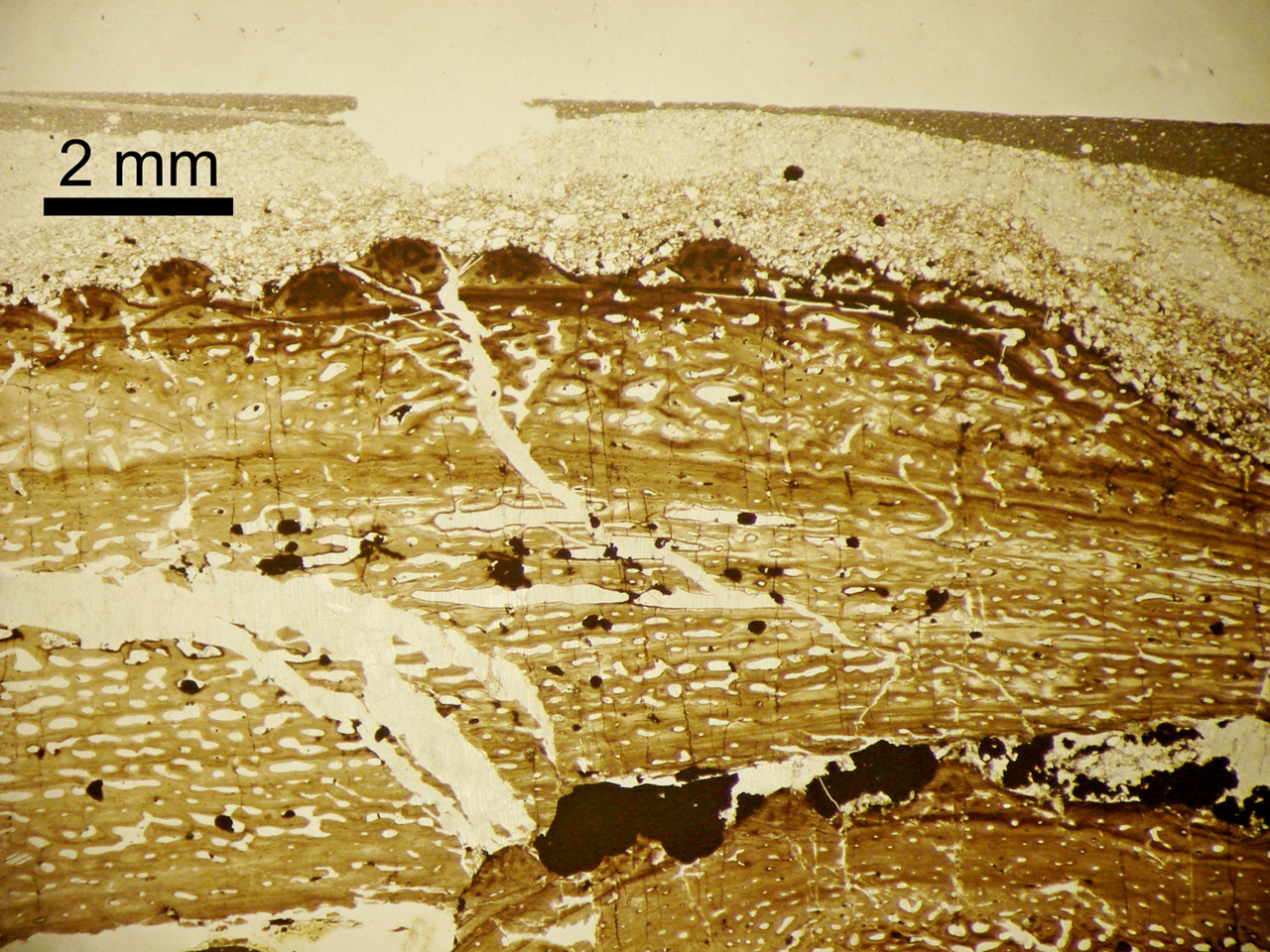