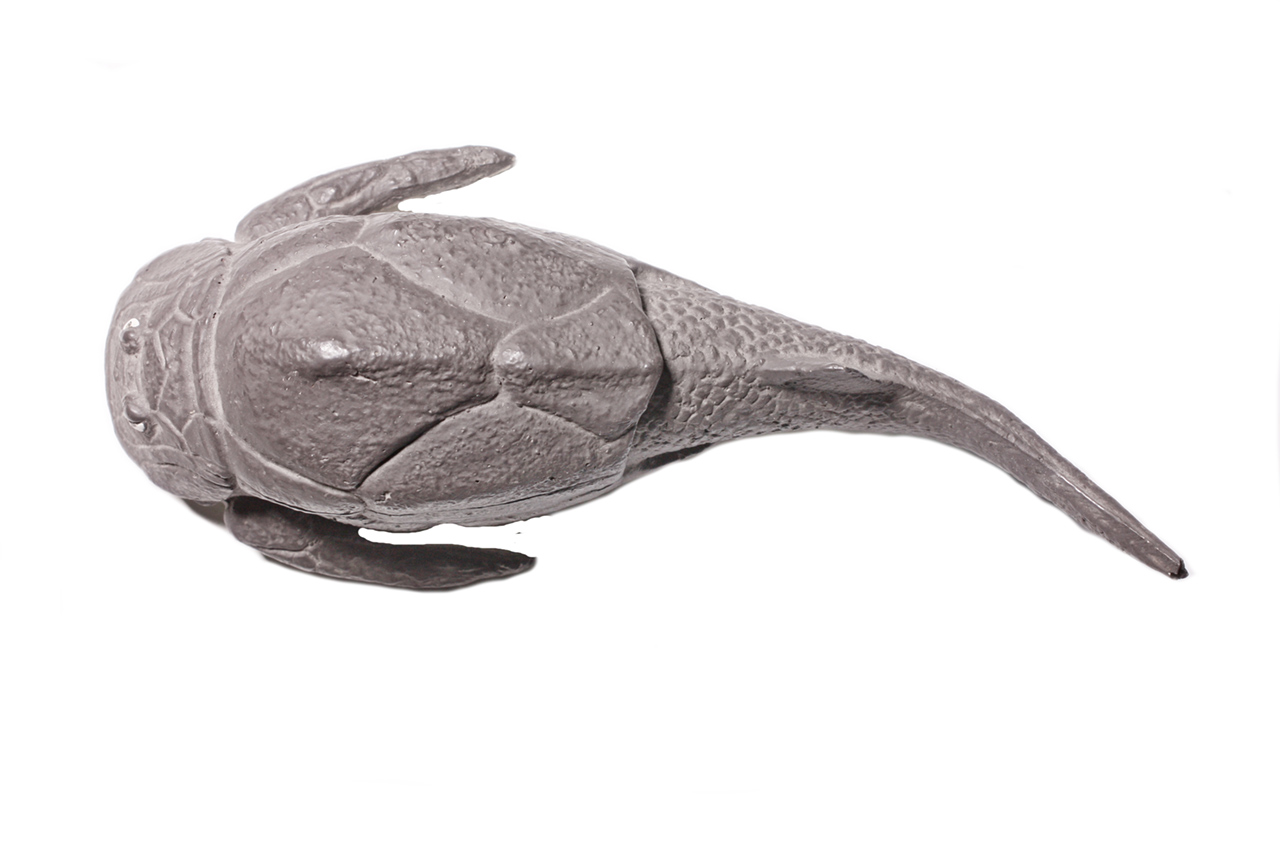 Reconstruction in lateral view (after Traquair, 1886)

This species is known from the lowest part of the Sandwick Fish Bed where it is often found as juvenile specimens together with remains of Dipterus valenciennesi. Probably the fish did not live in the lake but was transported there by rivers. In the Moray Firth Area of Scotland many localities are known where Pterichthyodes is found articulated. All these localities indicate more of a river than a lake environment.

The specimen figured below is from Achanarras, where also juvenile specimens are found. The flagstones from Achanarras quarry indicate deep water lake conditions, which were most likely anoxic. Therefore,  most fish from there were probably transported into the lake by rivers. 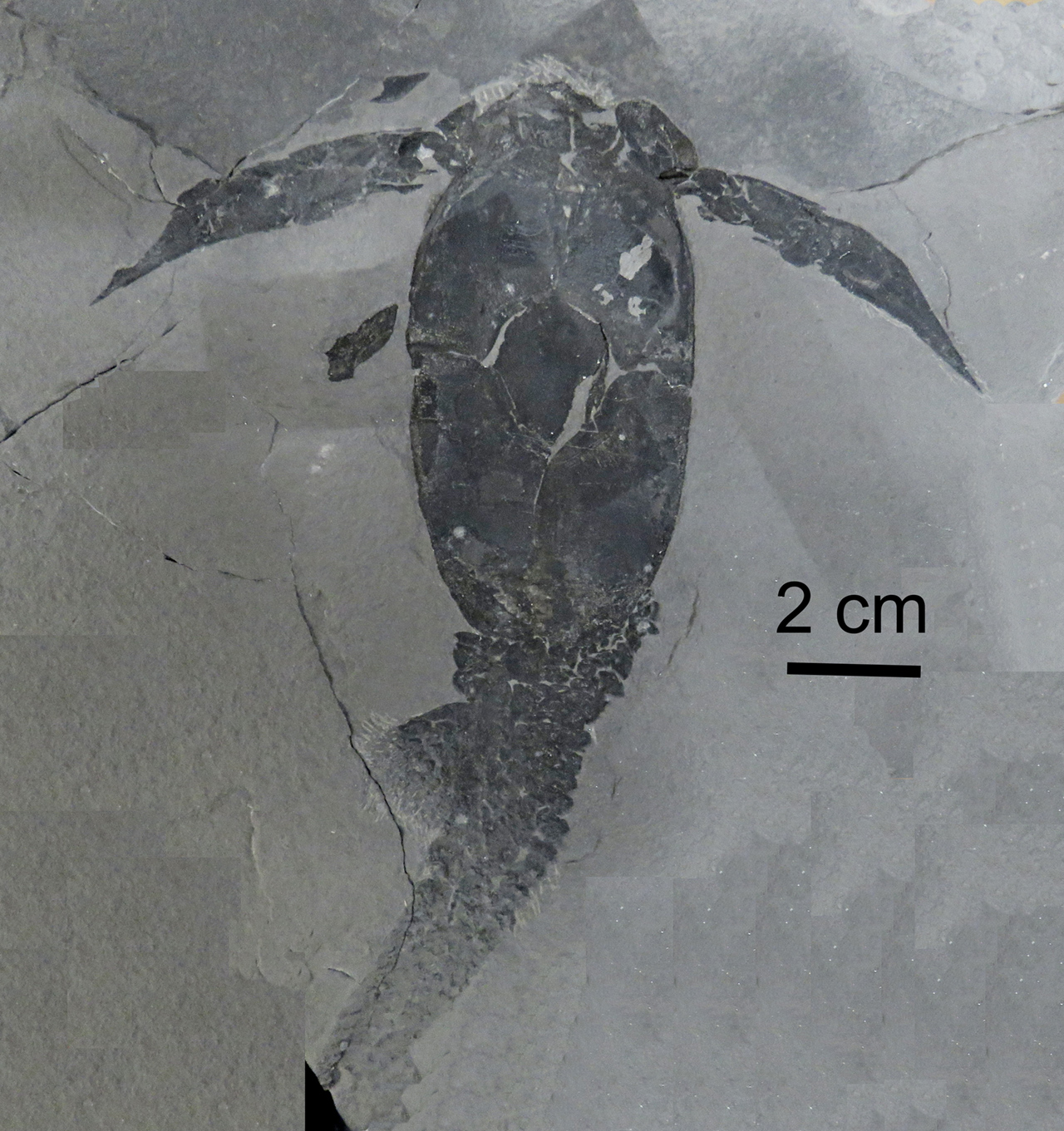 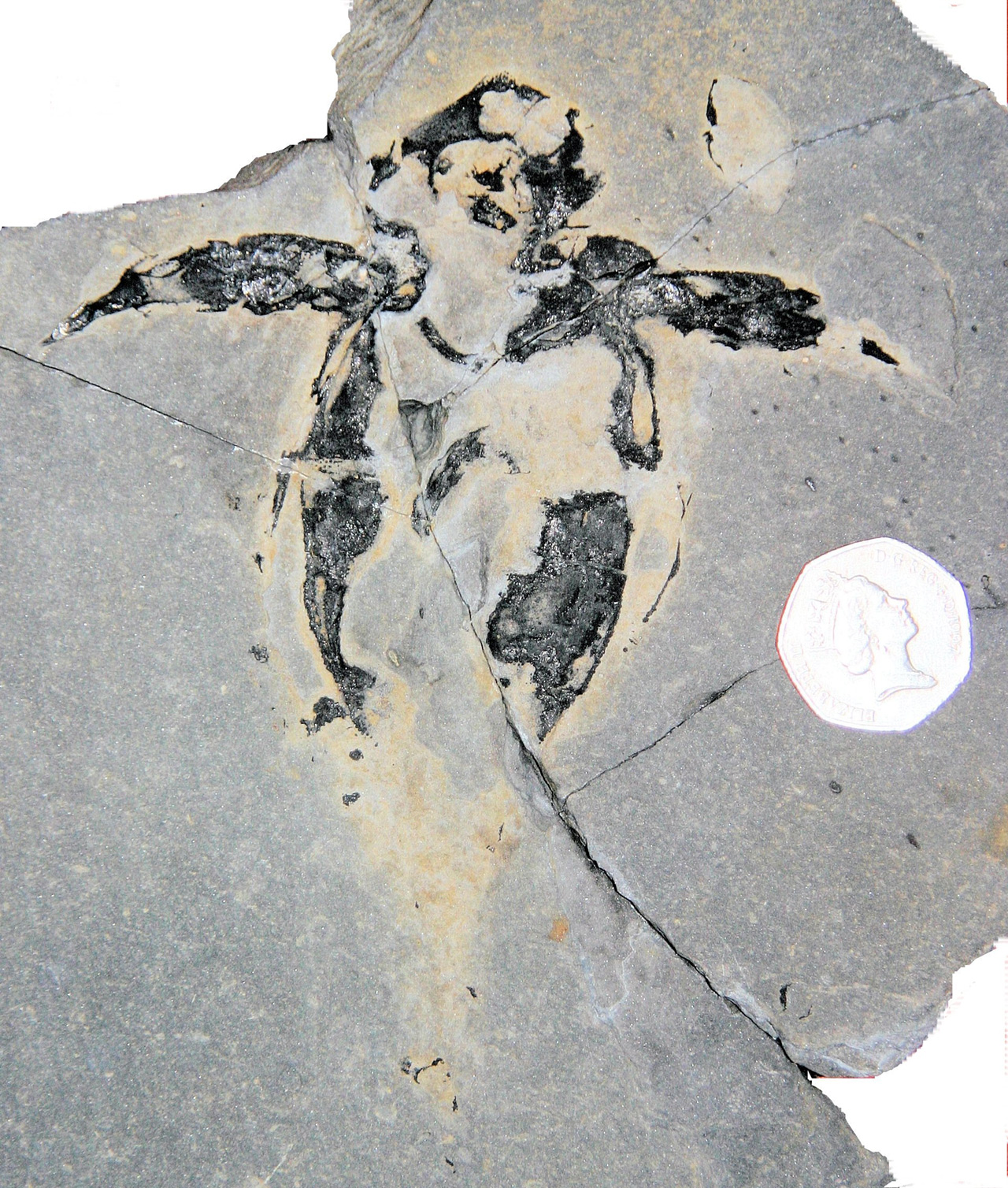 Specimen from the Sandwick Fish.Bed missing the tail, plates partly weathered by the waves. Foreshore near Stromness. 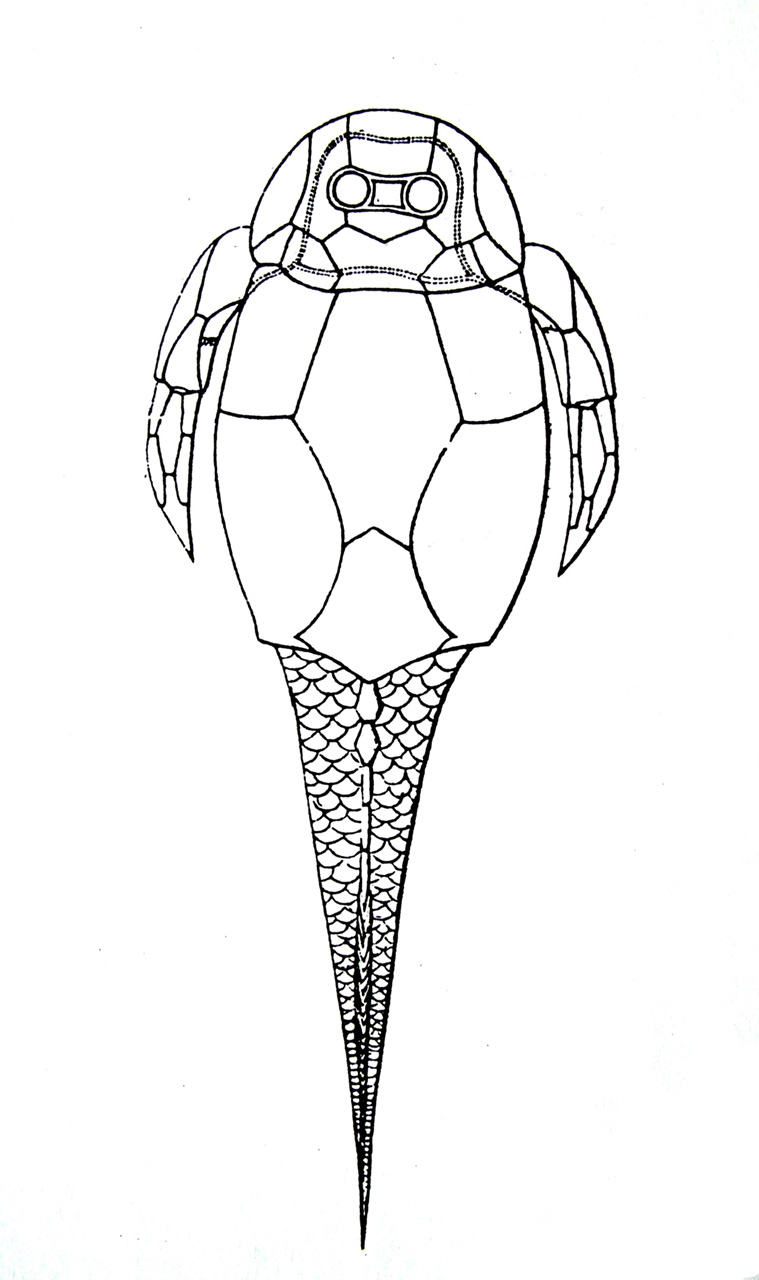 Reconstruction of Pterichthyodes (after Traquair 1886). 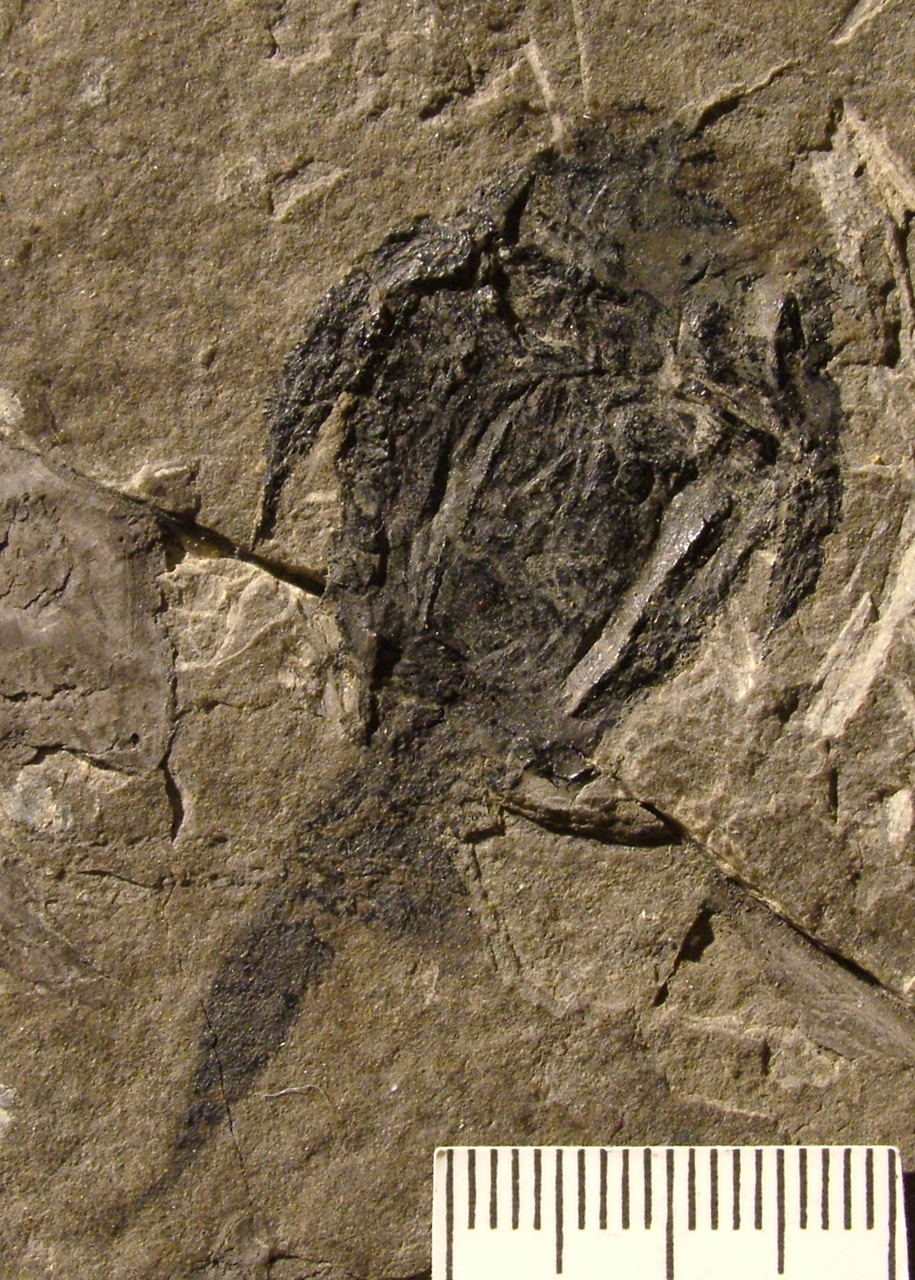 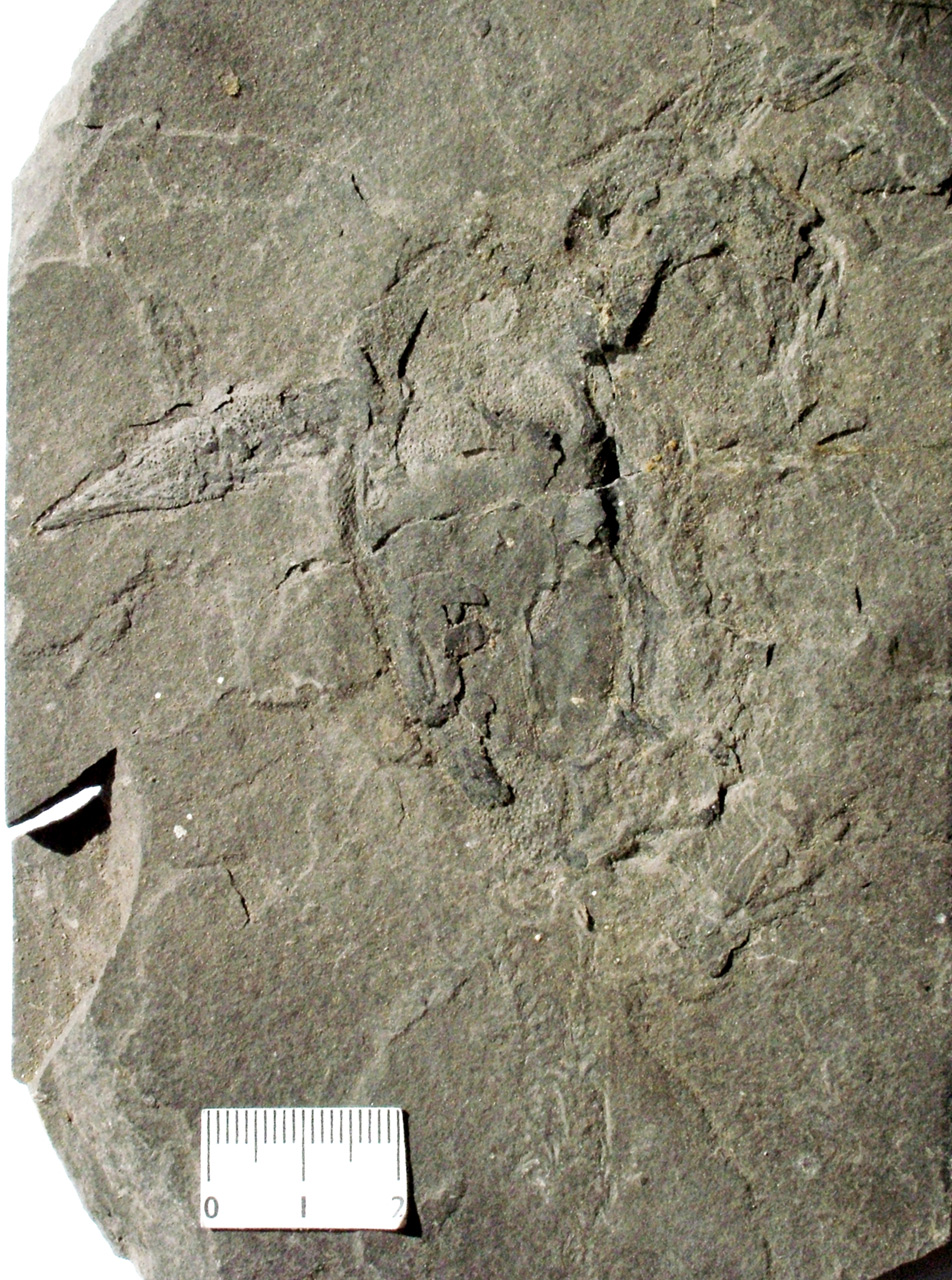 Juvenile specimen from the Sandwick Fish Bed from Orkney. 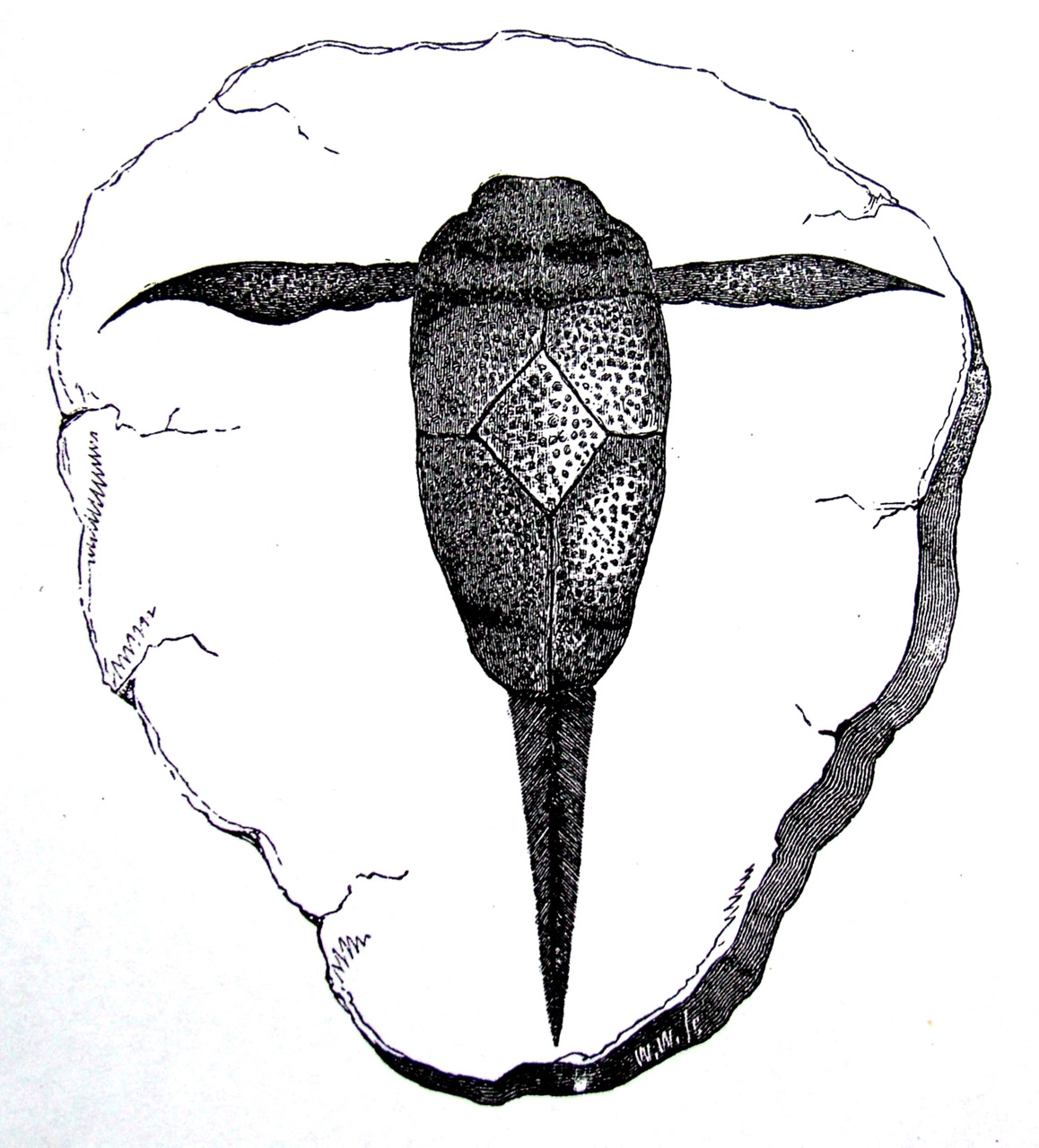 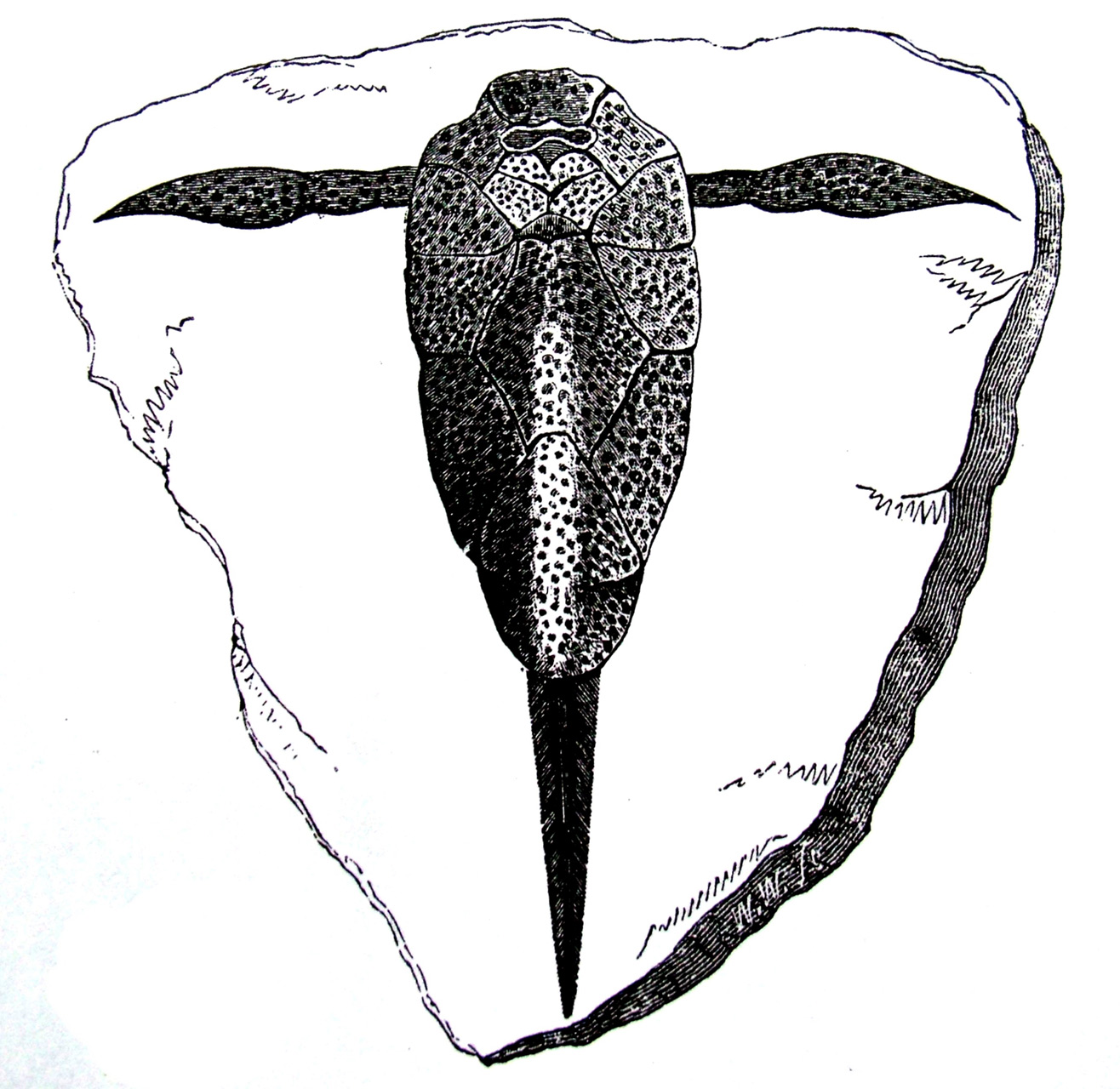 Drawing of specimen in ventral and dorsal view (after Hugh Miller, 1841). 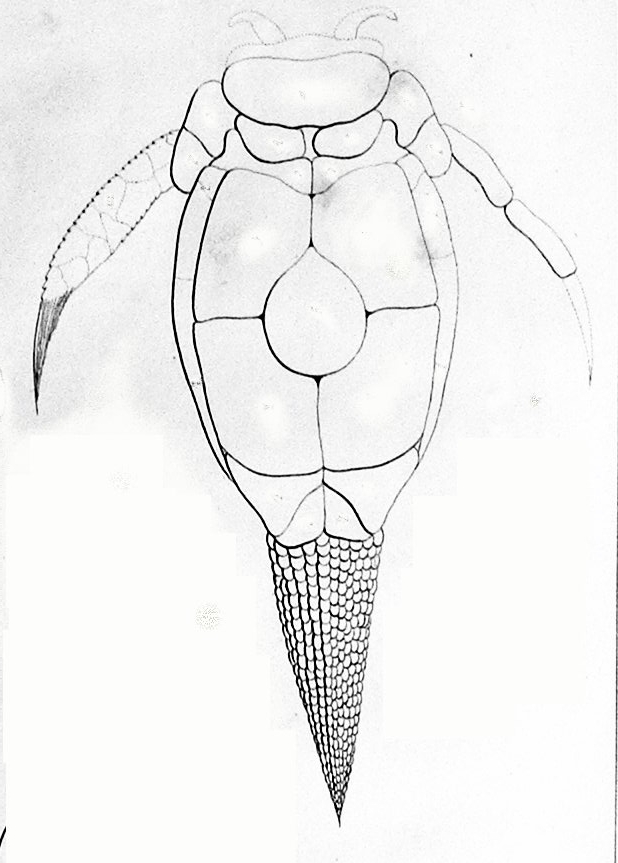 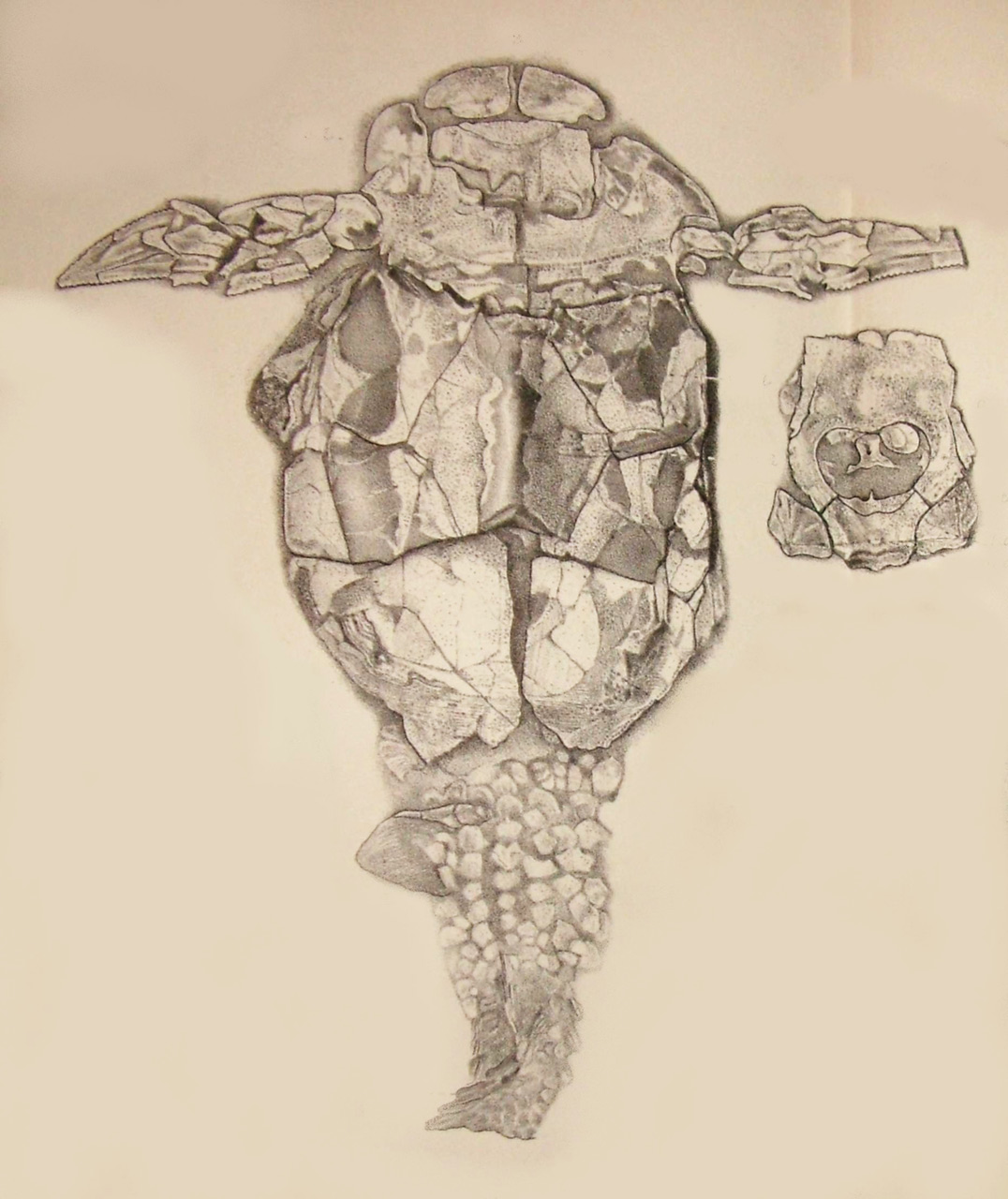 Reconstruction in dorsal view (after Agassiz, 1844). Drawing of a specimen (after Woodward, 1891). 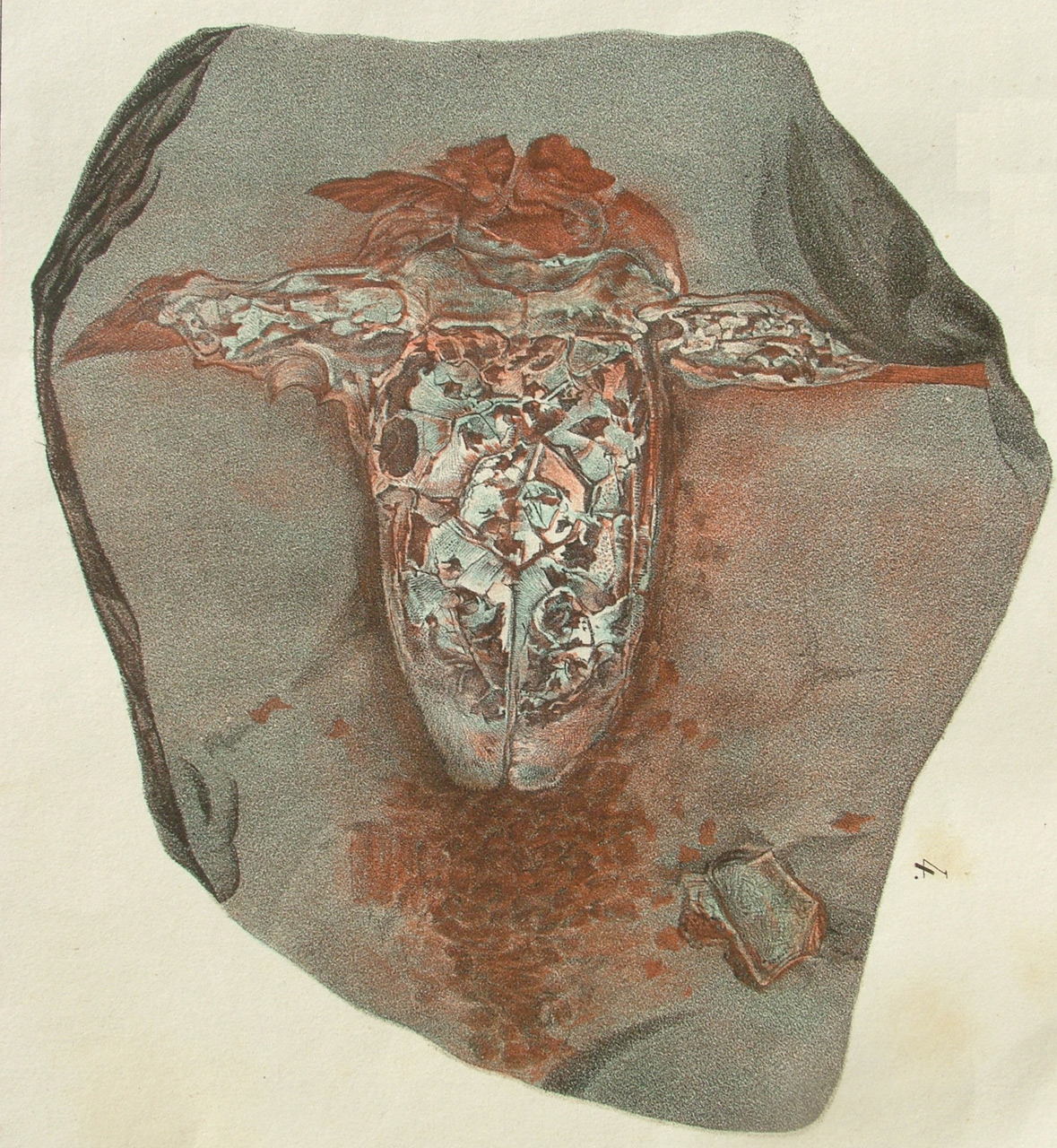 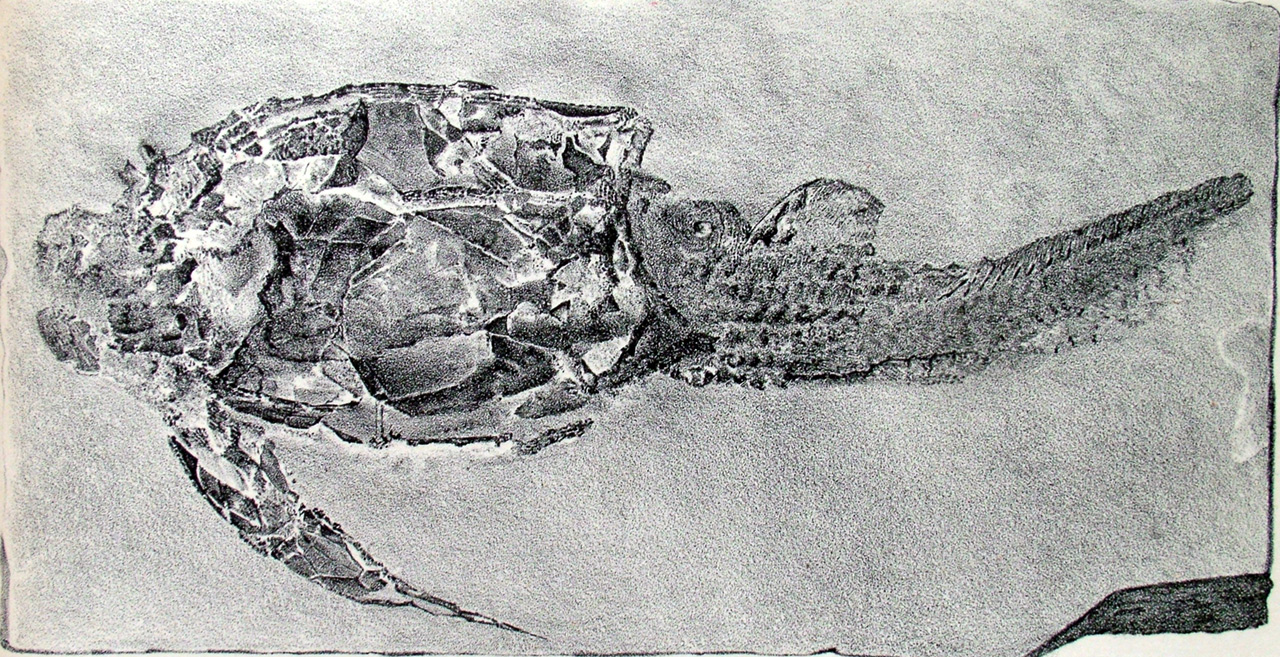 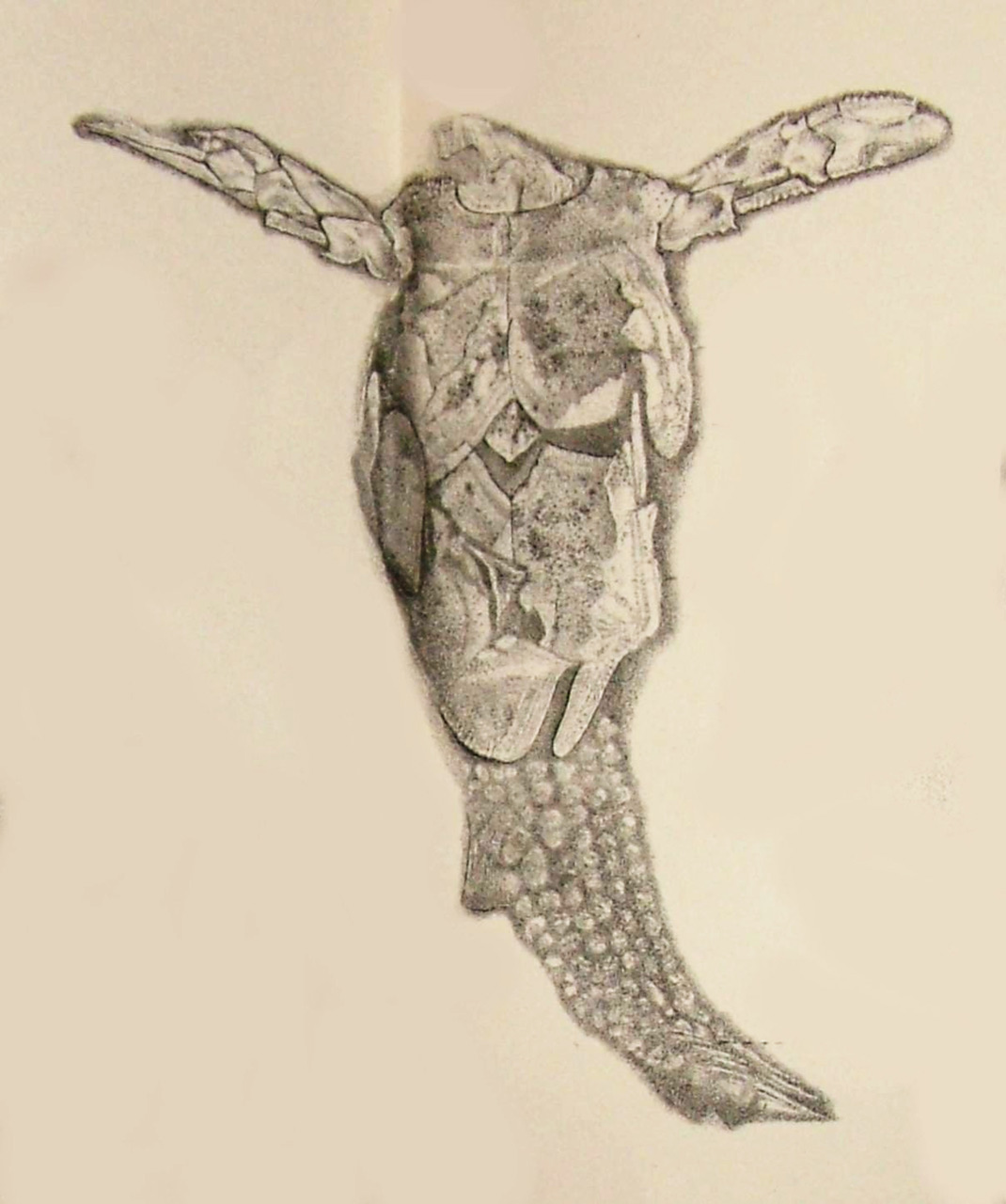