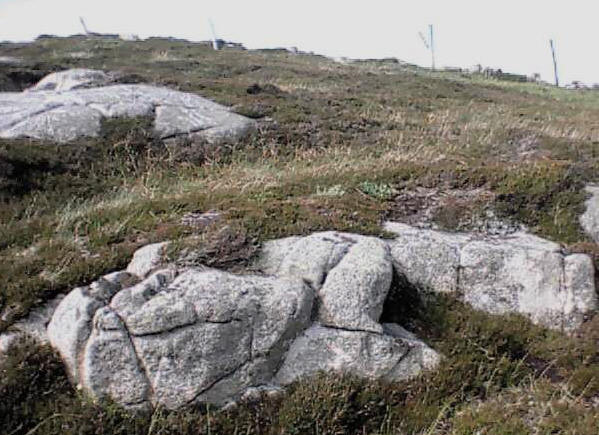 The oldest rocks in Orkney are the granite gneisses and schists exposed in West Mainland at Yesnaby, Stromness and on Graemsay (Strachan, 2003). The absolute age of the Orkney basement rocks is unknown. The rocks resemble migmatised Moine rocks found within the Kirtomy Nappe above the Swordly Thrust in eastern Sutherland. 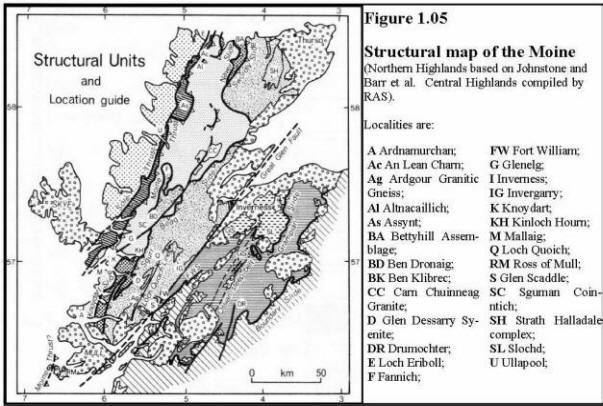 These rocks, and by inference the Orkney inliers,  with mica schists, psammites and subordinate semipelites belong to the Loch Eil Group of the Moine, with a sedimentary age of about 950 million years.

This is in contrast to the age of gneiss formation and migmatisation recorded in Moine rocks of the south-western part of the Northern Highland block and older rocks of the Central Highlands where the main tectonothermal event is dated about 840+/-11 million years. Detrital Zircons within the sedimentary precursors of these migmatites fall in the age range of 1,850 to 1,000 million years indicating that deposition of the Moine sediments in Sutherland probably occurred later than 1,000 million years ago.

After a long period of burial in the crust of the Earth, these rocks were thrust to the surface during the Caledonian Mountain building episode between 500 and 400 million years ago. By the close of this period deep erosion had exposed the gneisses as a series of low domes. a terrain that was then buried by the breccias, conglomerates and sandstones of the Early Devonian including in Orkney the Harra Ebb Formation.