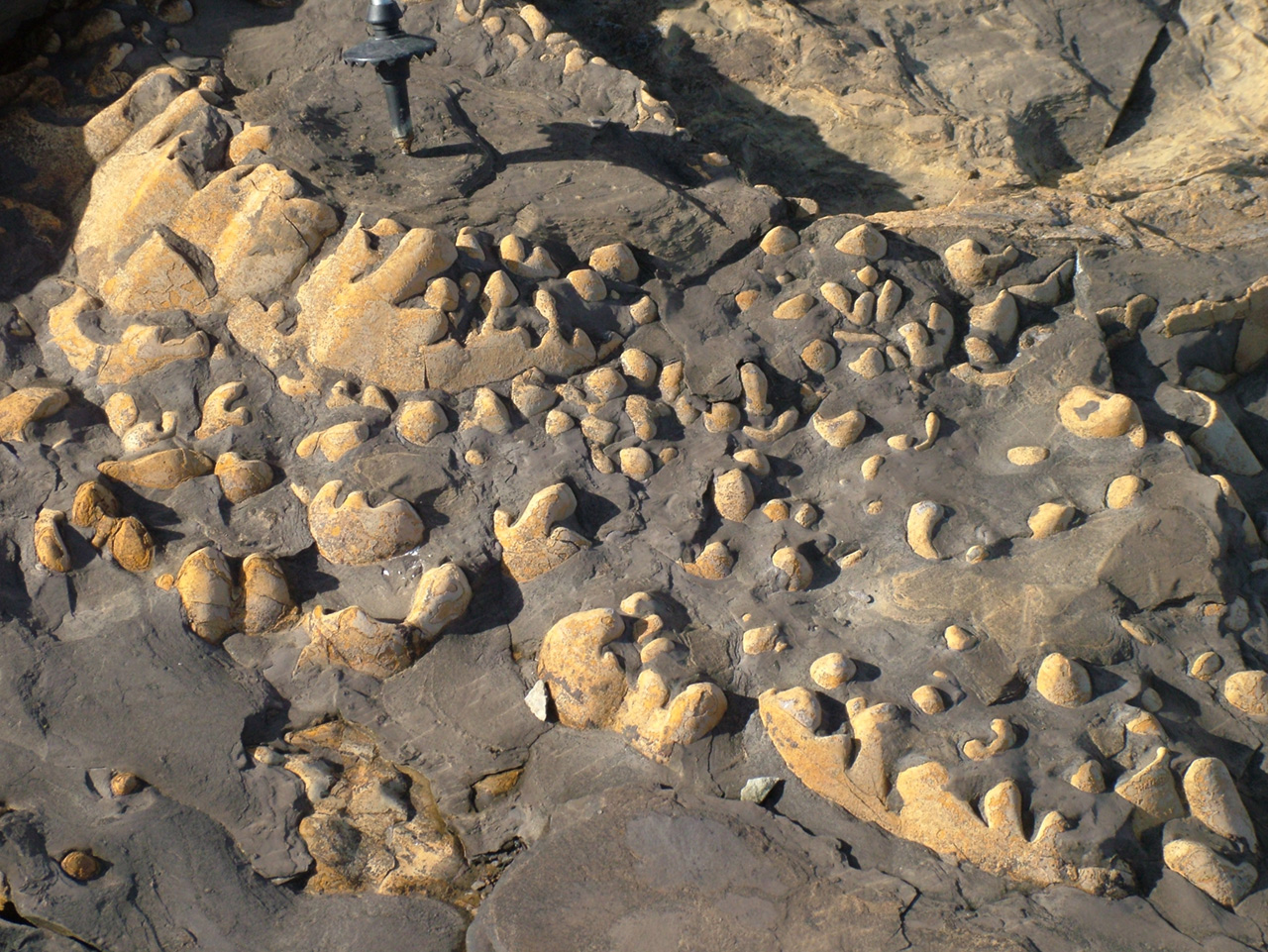 Stromatolites of the hemispheroid type, pointed at with walking stick. 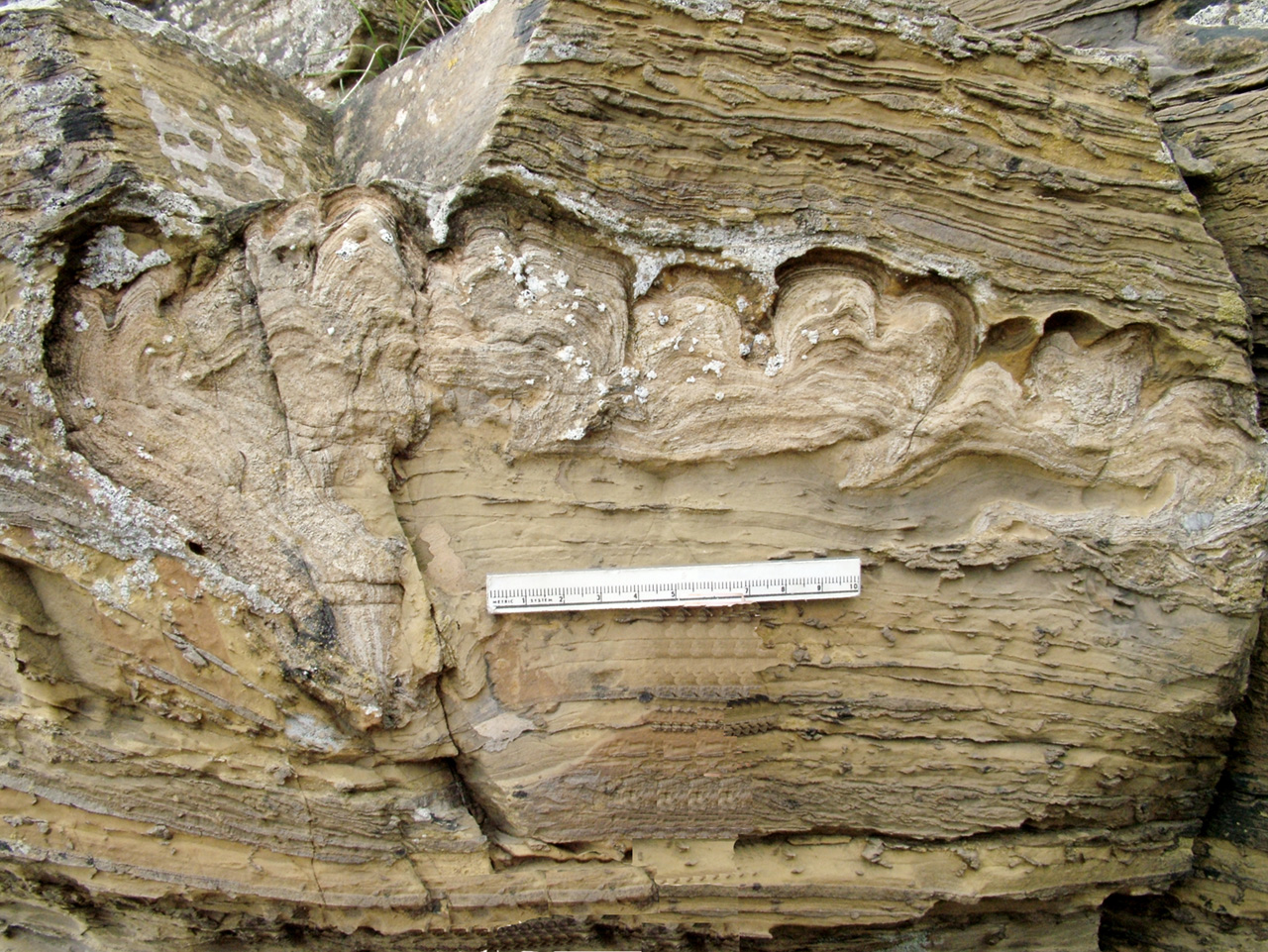 Stromatolites of the hemispheroid type in cliff section. 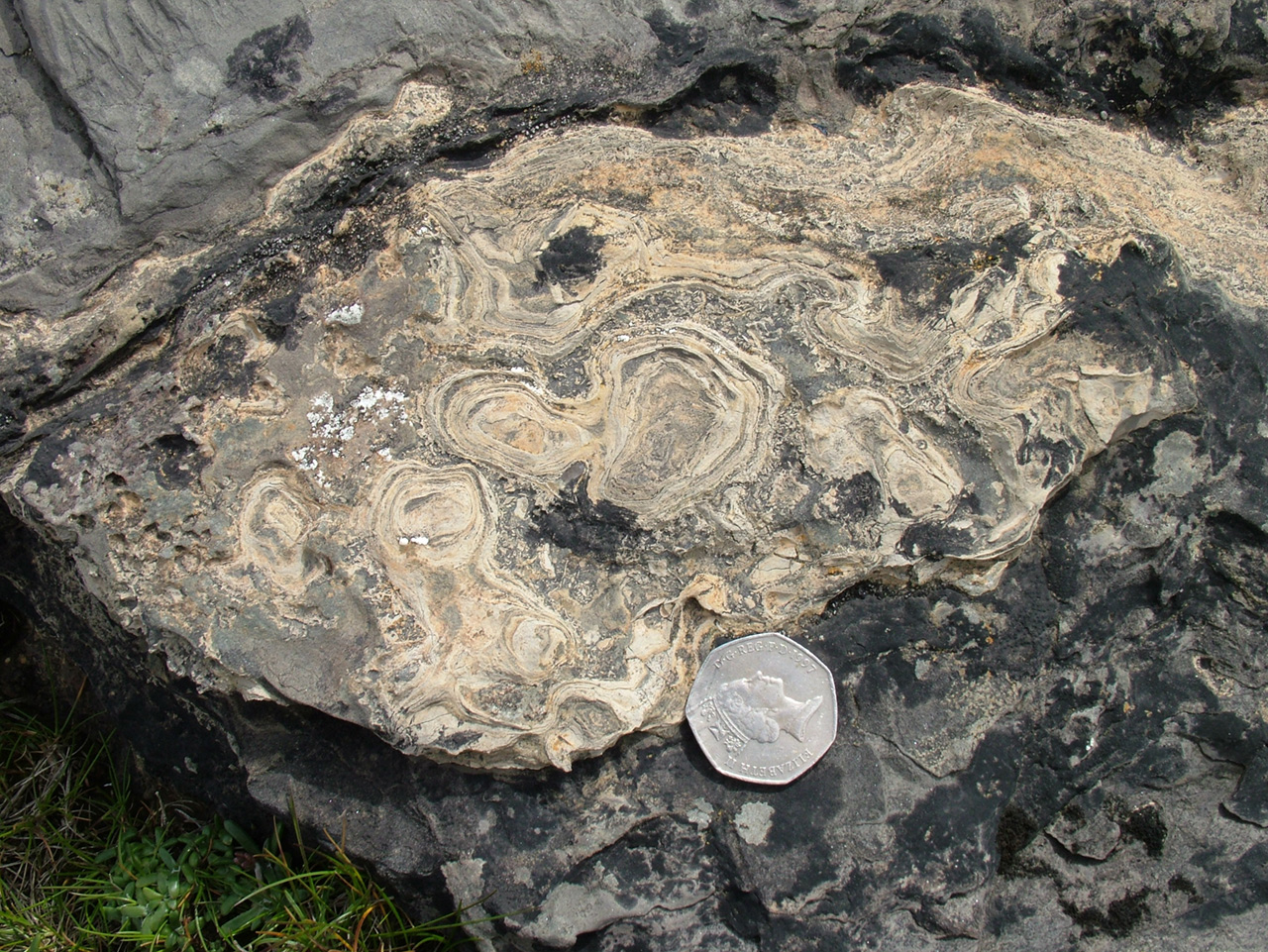 Stromatolites of the hemispheroid type, top partly eroded away.

The earliest stromatolites are found in the Precambrian. Stromatolites are sedimentary structures formed by cyano bacteria (blue green algae) together with other bacteria and algae. They play an important role in the Devonian of the Orcadian Lake

The definition of a stromatolite has changed over the years but one of the most recent (Krumbein 1983) says it is a varved sediment getting its structure from microbial and algal action. These microbial mat-building communities with cyano bacteria excrete lime into the sediment.

They are common in the Orcadian Lake and can be recognized by their laminated structure built up layer by layer through the sediment-binding and carbonate-secretion activity of the cyanobacteria.

These structures are often flat. On the other hand, depending on the environment, they form columns or hemispherical mounds. The columnar structures are like fingers sticking out from the sediment (in Orkney these are called horse tooth rock).  The mounds are easy to recognize when they are weathered on the foreshore or on top of the cliffs.

Most probably these structures were affected by grazing organisms, such as fish living in the lake.

From studies of recent cyano bacteria and fossil microbial mats it is clear that these structures could exist in extremely hostile conditions. When the Orcadian Lake was nearly dry, having become hyper saline, stromatolites were the last to disappear.

Cut and polished stromatolites of the hemispheroid type. 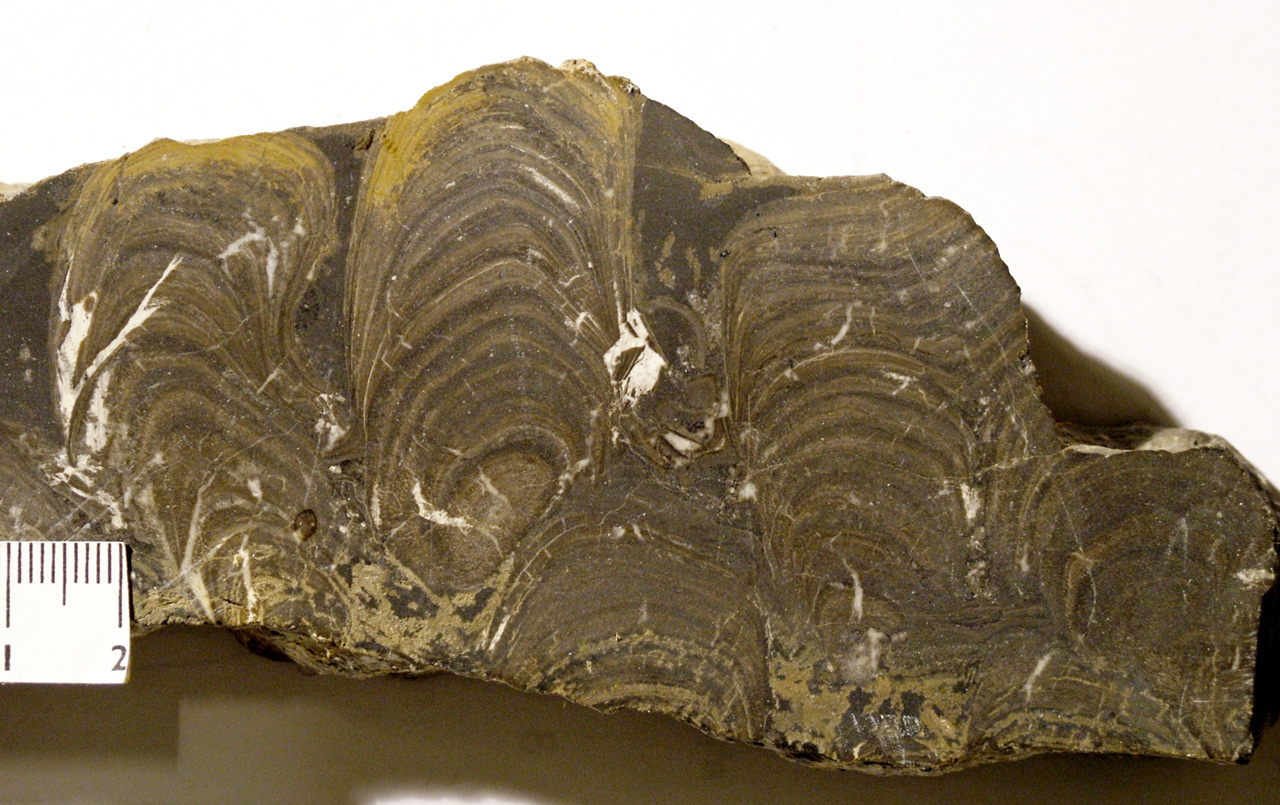 Close up of above specimen. 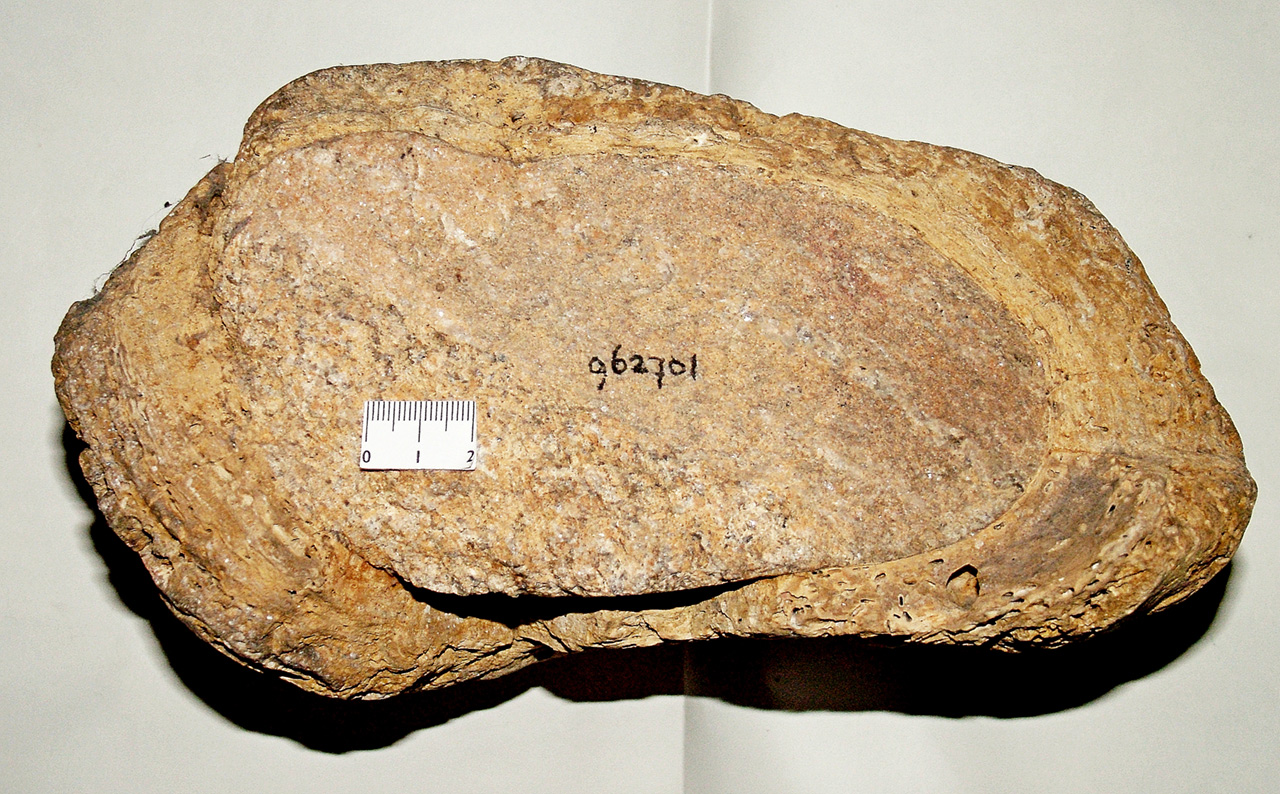 Cut and polished stromatolites of the hemispheroid type. 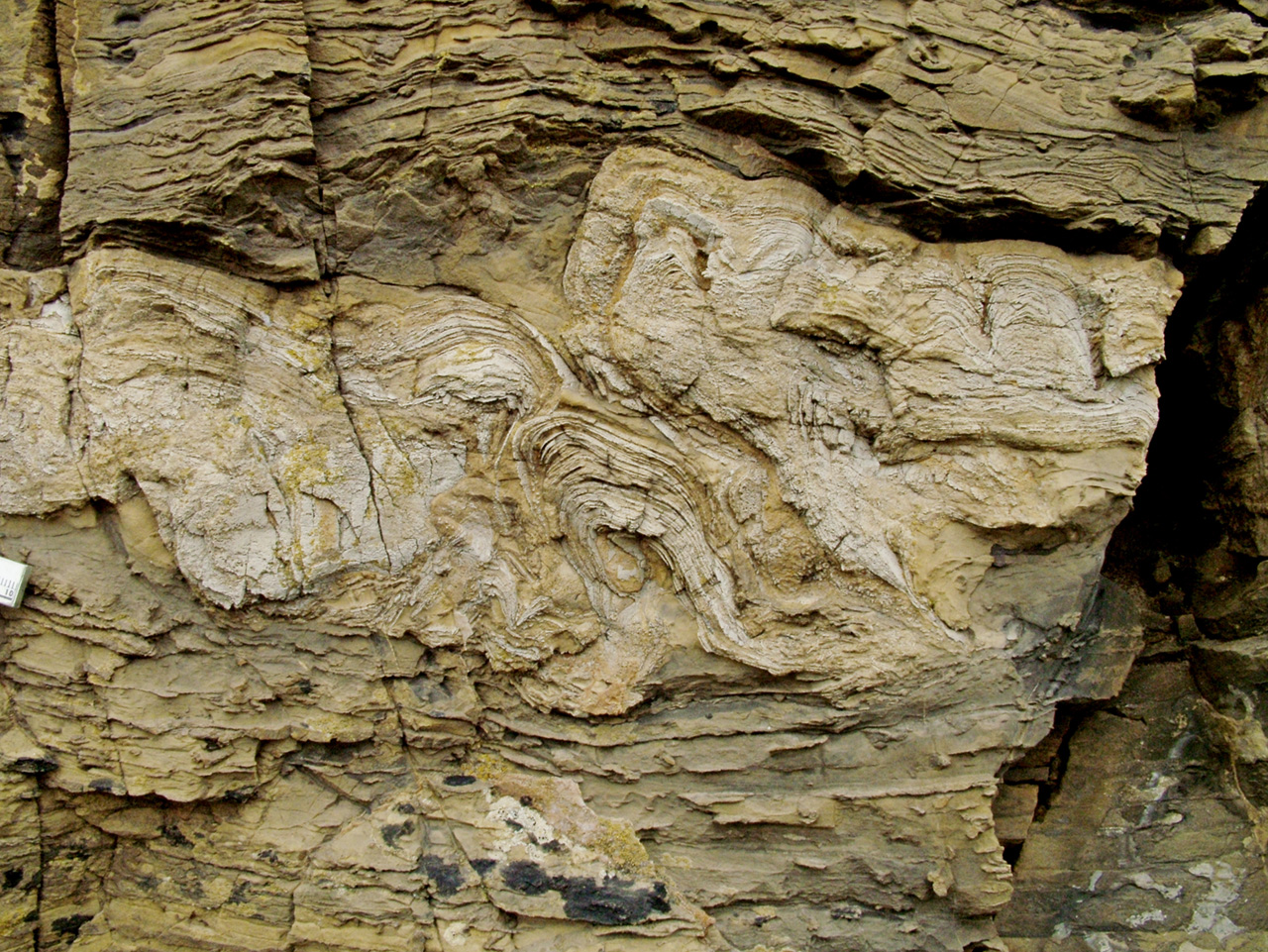 Stromatolites in a cliff section. 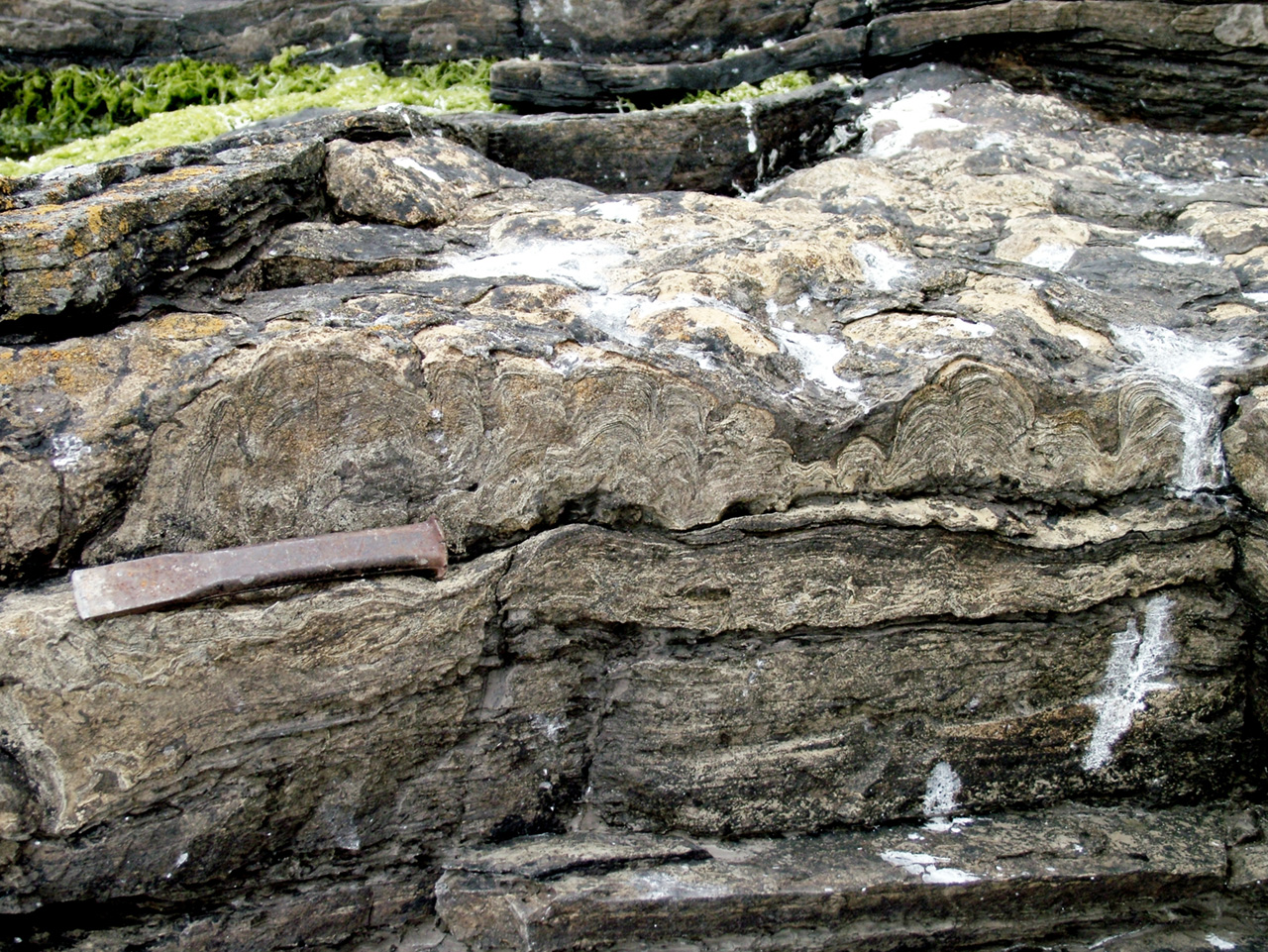 Stromatolites in section along a fault. 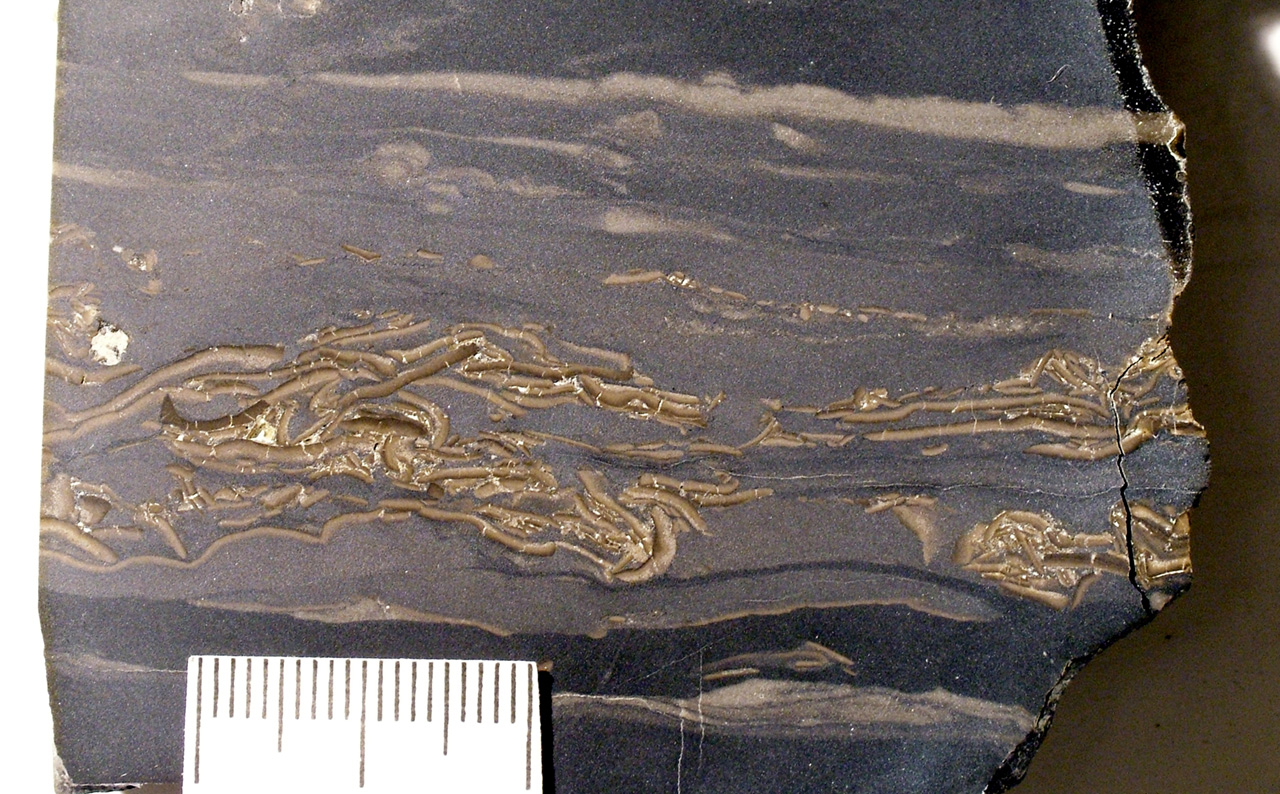 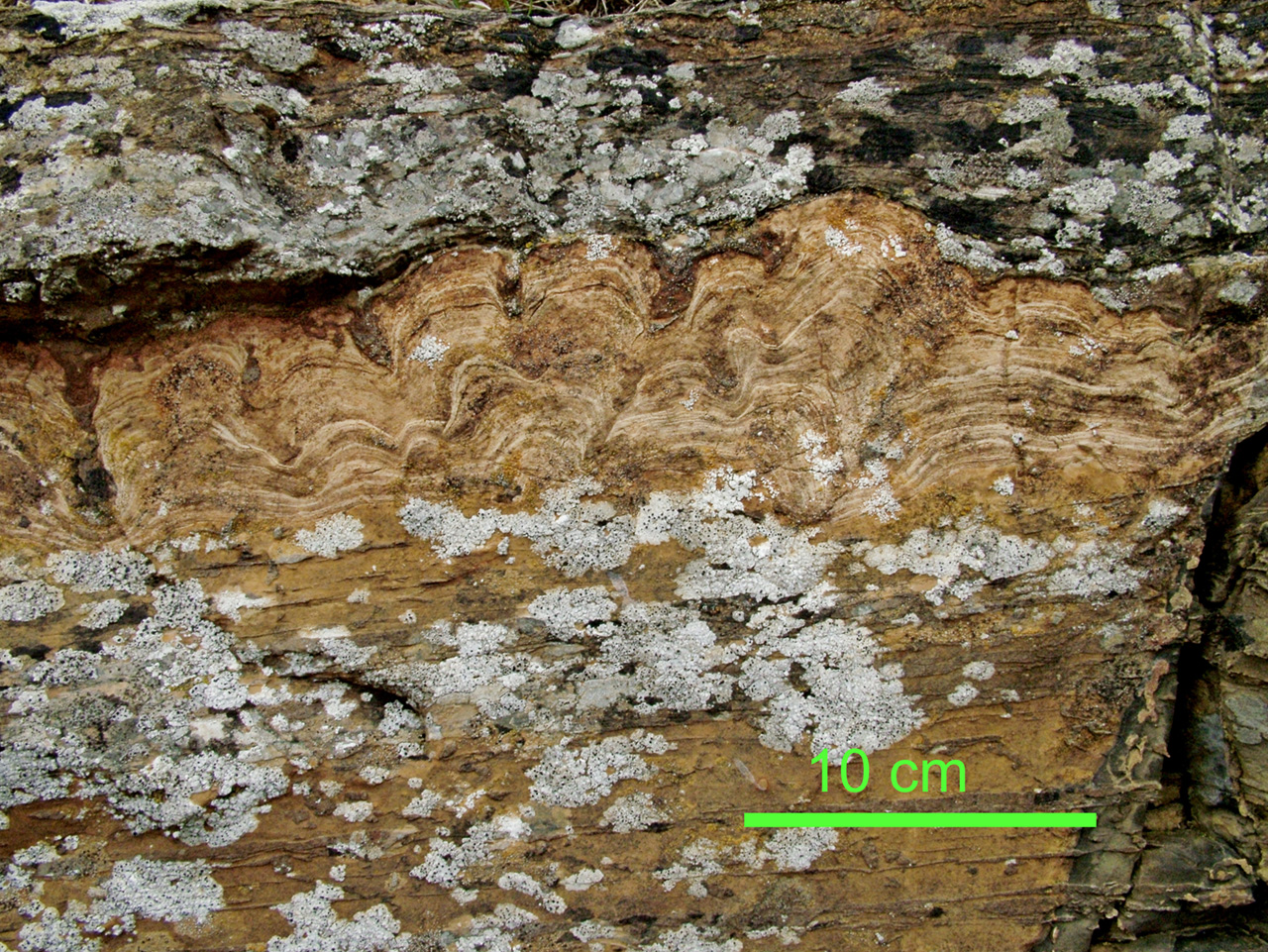 Stromatolites in a cliff section.

The stromatolites given in the pictures are of three major types:

-The coated pebble type (growing on or coating existing structures.

DONOVAN, R. N. 1975. Devonian lacustrine limestones at the margin of the Orcadian Basin, Scotland. Journal of the Geological Society, London 131, 489–510.