Definition: the buried basement terrain beneath the Devonian sandstones

In the area around Stromness small areas of basement rocks poke through the Devonian cover rocks. Erosion has exhumed a 380 million year old land surface of rounded hills developed in granitic rocks, Brinkies Brae is the largest of these rock islands. Near Yesnaby the ancient surface is more hilly and Devonian conglomerates are seen plastered onto a steep rock wall that now forms the upper part of the sea cliff. No buried soils are known and the hills were probably stripped just prior to burial by breccias, conglomerates and sandstones which contain abundant basement debris. It is remarkable that today we stand at just the same level erosion as in the Devonian – many hundreds of metres, if not kilometres of cover rocks have been deposited, buried, consolidated and then eroded in the meantime. 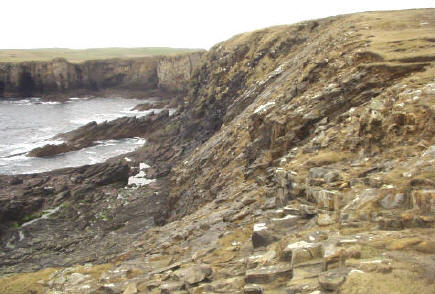 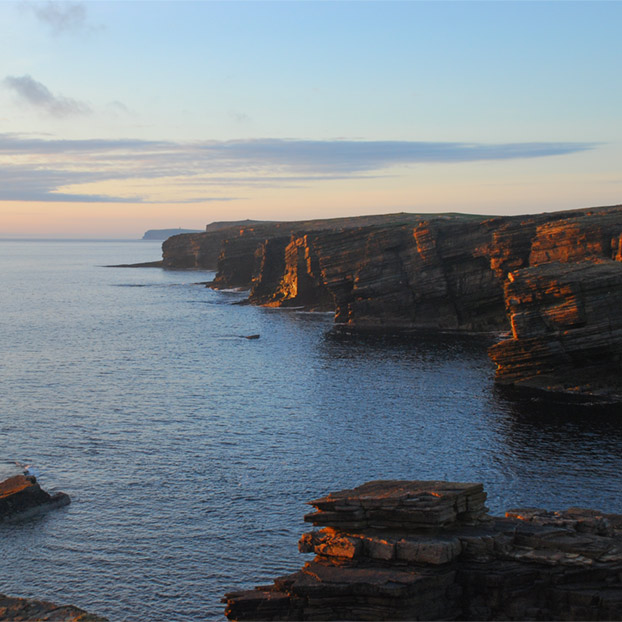