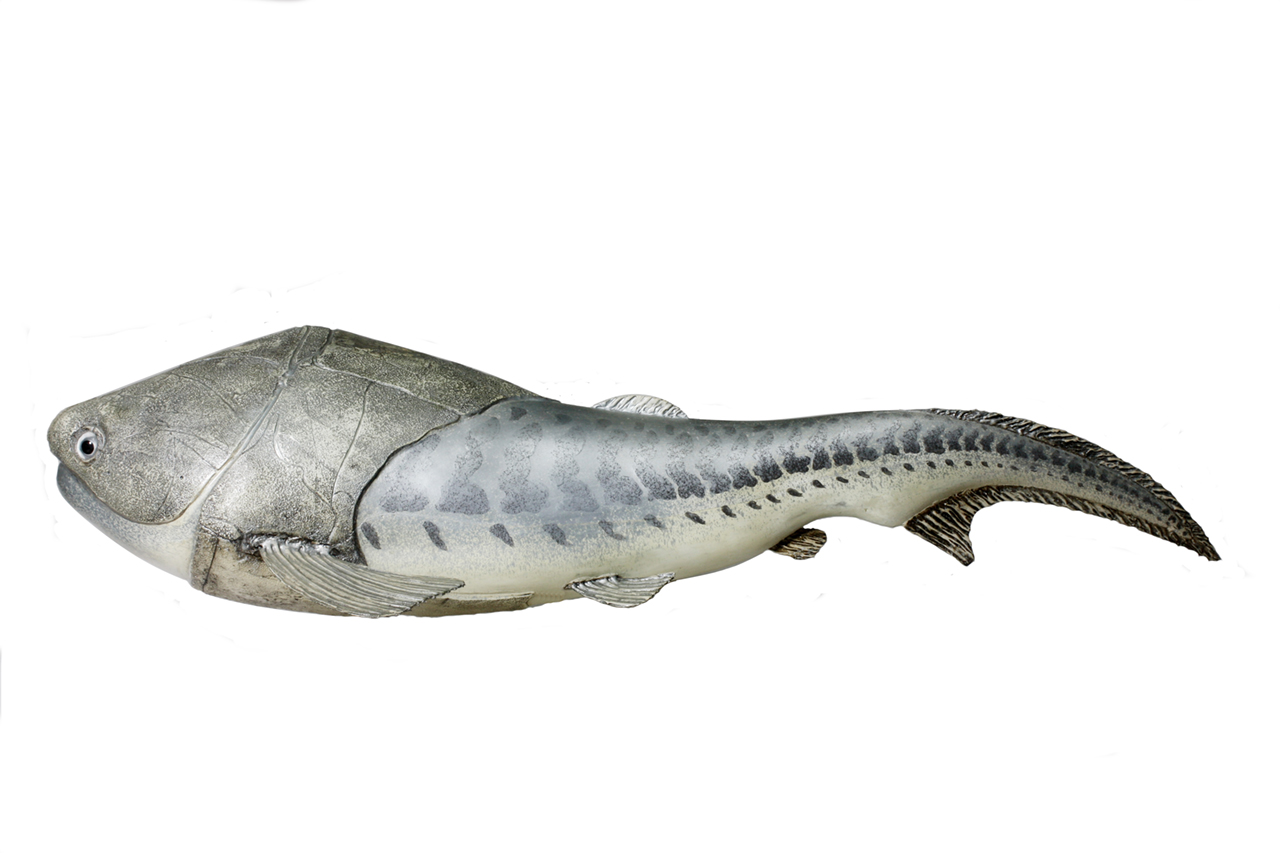 This big placoderm, which could reach a maximum length of about a metre and is found in the Eday Subgroup where it is very rare. There are some differences in the morphology of the dermal plates of the head and body, but in overall it compares well with the other arthrodires found on Orkney. Only Homostius milleri has a different morphology.

Feeding habits are uncertain, but there are strong indications that it was living on or near the bottom of rivers or the lake. We still have to check the stomach contents, but it clearly was picking up things from the bottom since there is a lot of sand in the stomach and intestines. The picture above shows a complete fish with tail.

From the specimens available, Miles & Westoll (1963) compare median-dorsal plates of some of the arthrodires (see his reconstructions below).

Miles & Westoll’s reconstruction of the medium-dorsal plate of W. fletti had a blunt tip, whereas the ones on these web pages have a pointed tip. We have seen that specimens of Watsonosteus from Estonia have both pointed and blunt tipped median dorsals. Perhaps the male was different from the female?

Recently a specimen was discovered that had several embryos in the body cavity suggesting that the species was viviparous (had live births, not eggs).

The tiny embryo plates are still partly made up from cartilage. See paper by Newman at al. 2021, Earliest evidence (Middle Devonian, Givetian) of vertebrate embryos in the fossil record. Palaeontology, 64, 21-30. 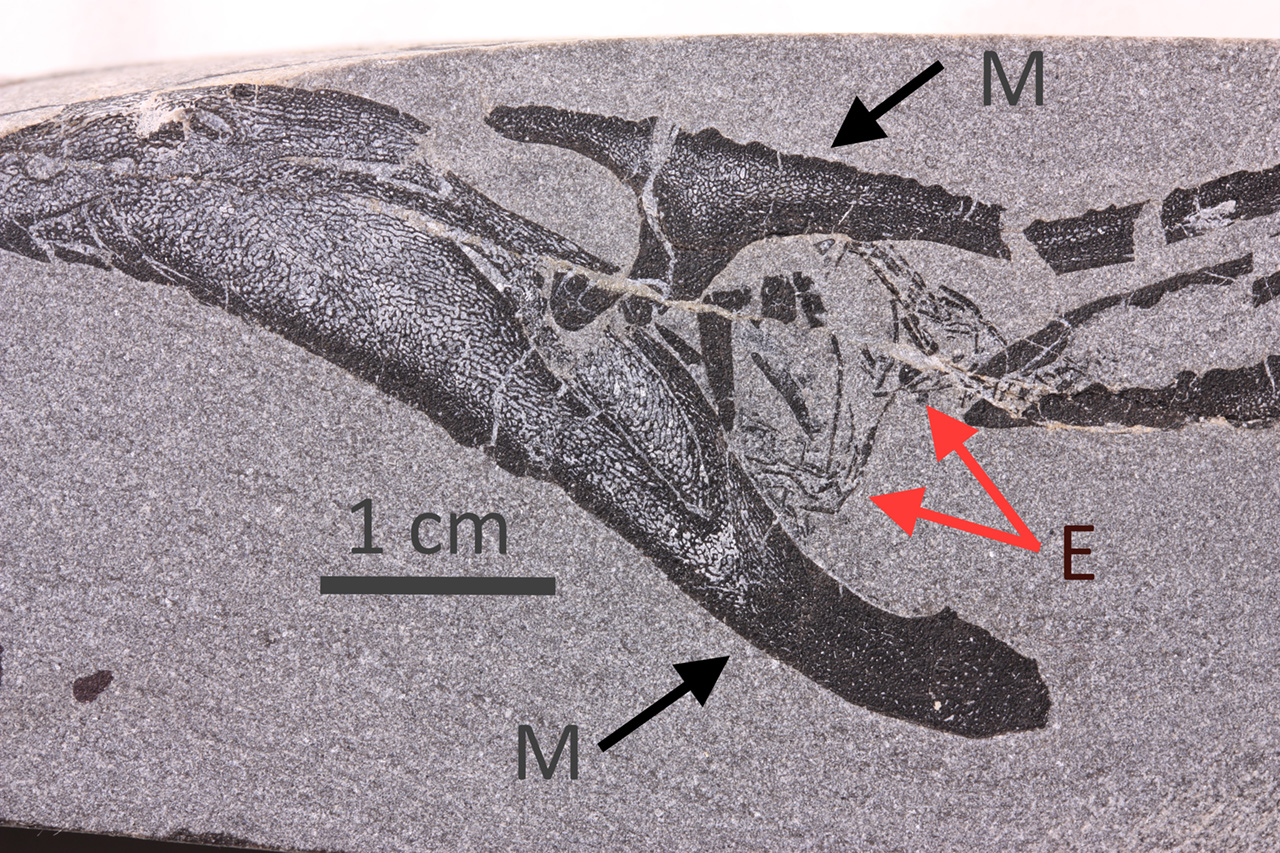 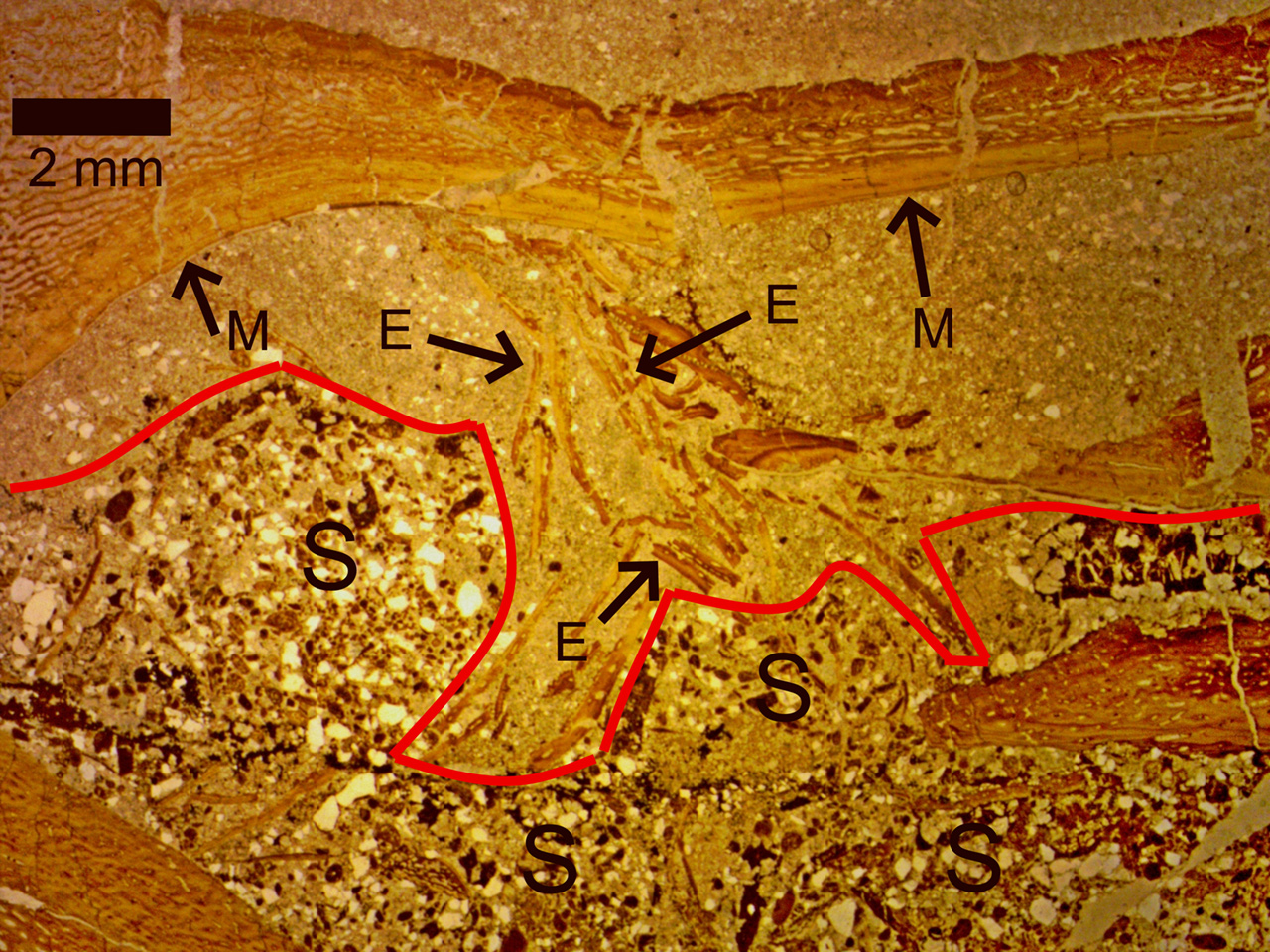 The stomach contents are Indicated with a red line (S, in the stomach or intestine) and beside it the embryos (E). M indicates the dermal plates of the mother. Photomicrographs are with and without crossed Nicols. 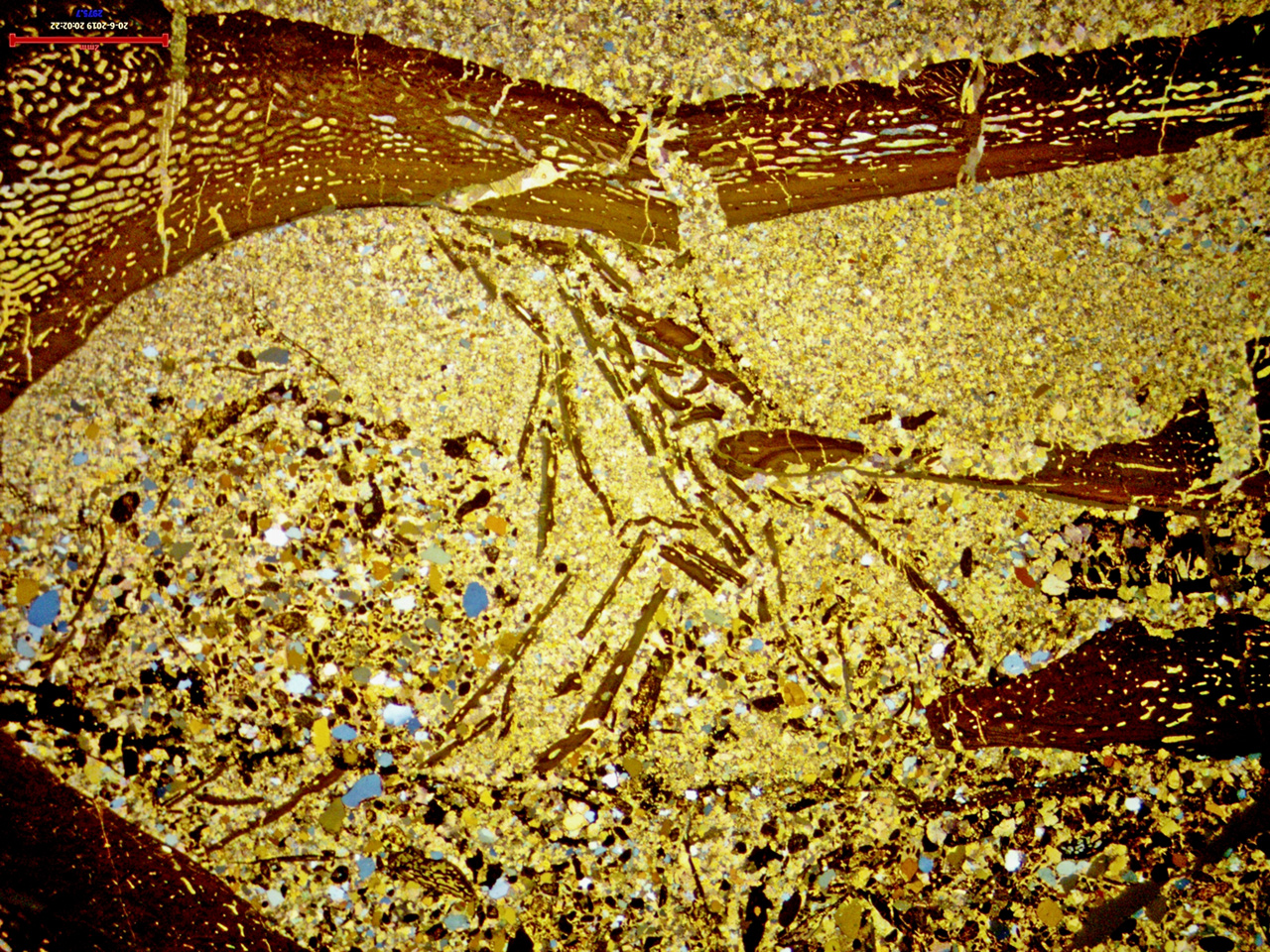 Photomicrograph with crossed nicols. Note the big sand grains in the stomach content compared with the grain size of the sediment embedding the specimen. 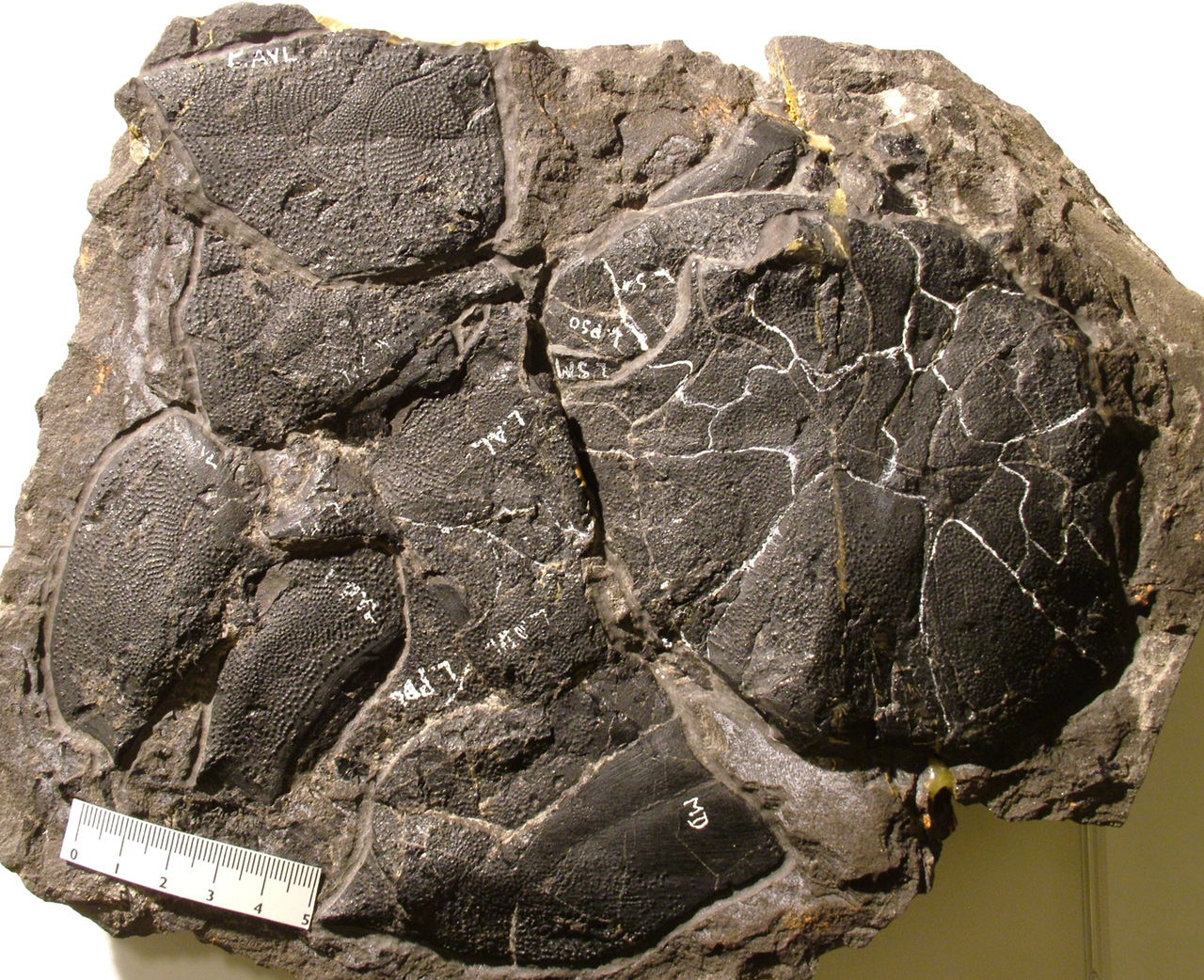 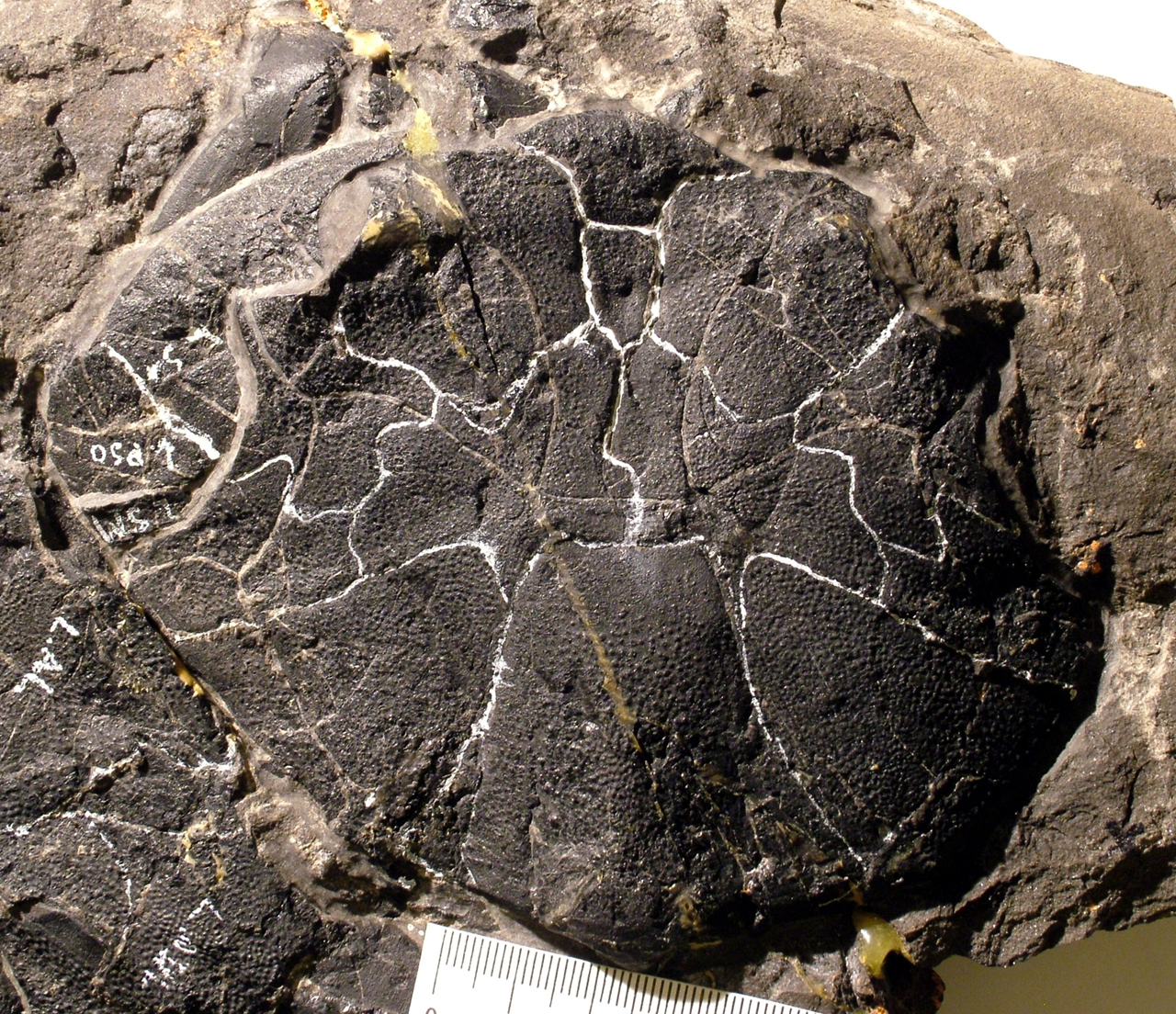 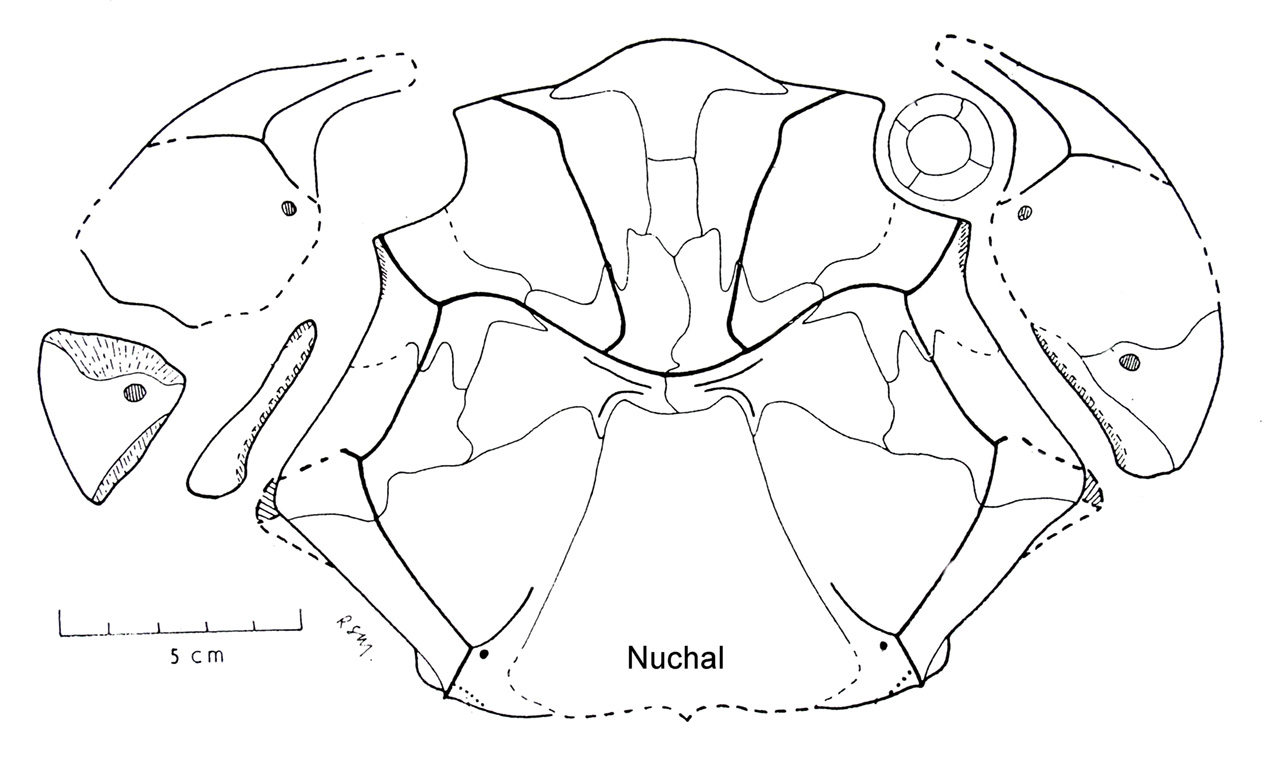 Reconstruction of head in dorsal view (after Miles & Westoll, 1963 ©). 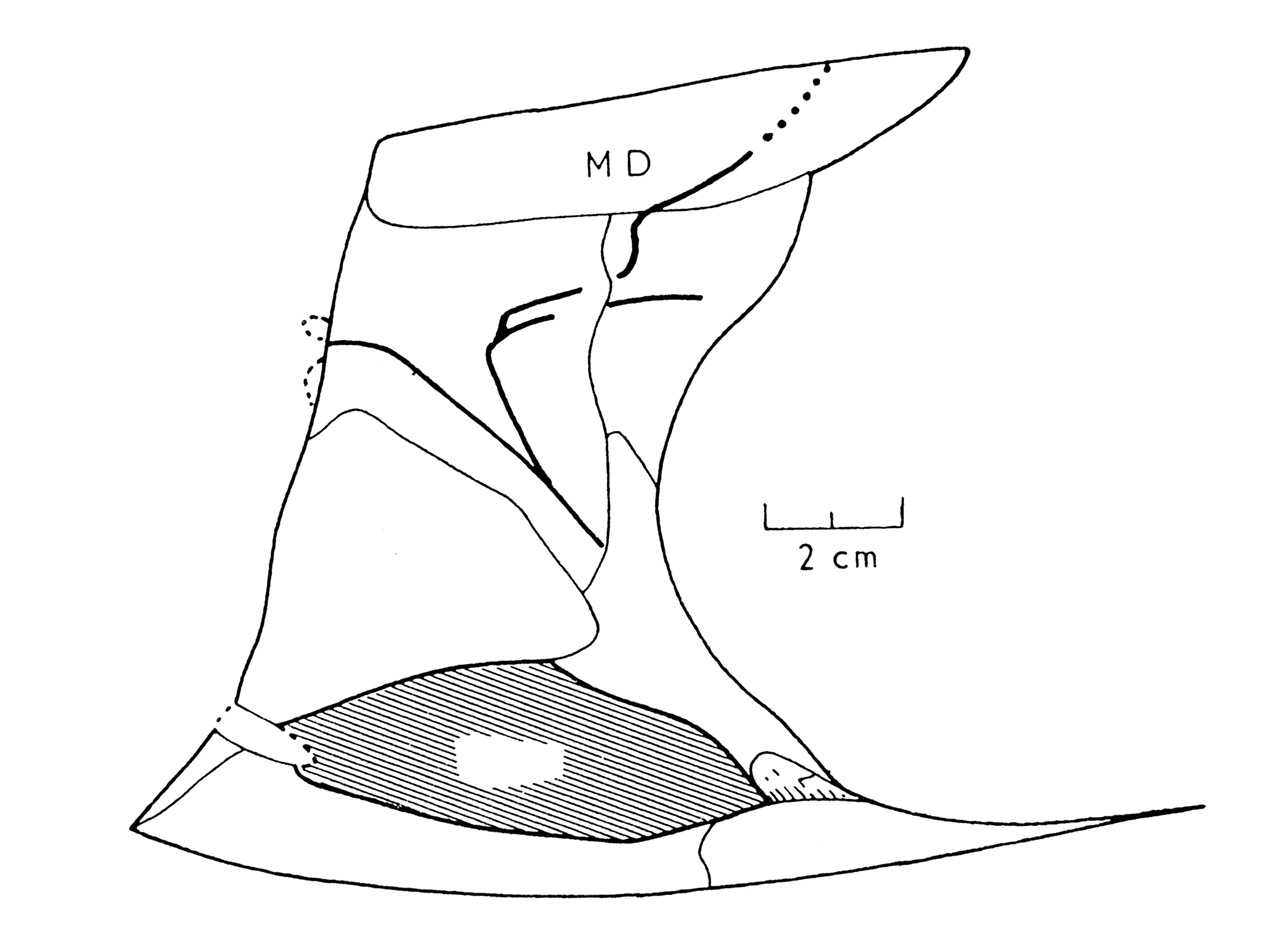 Reconstruction of body in lateral view (after Miles & Westoll, 1963 ©). 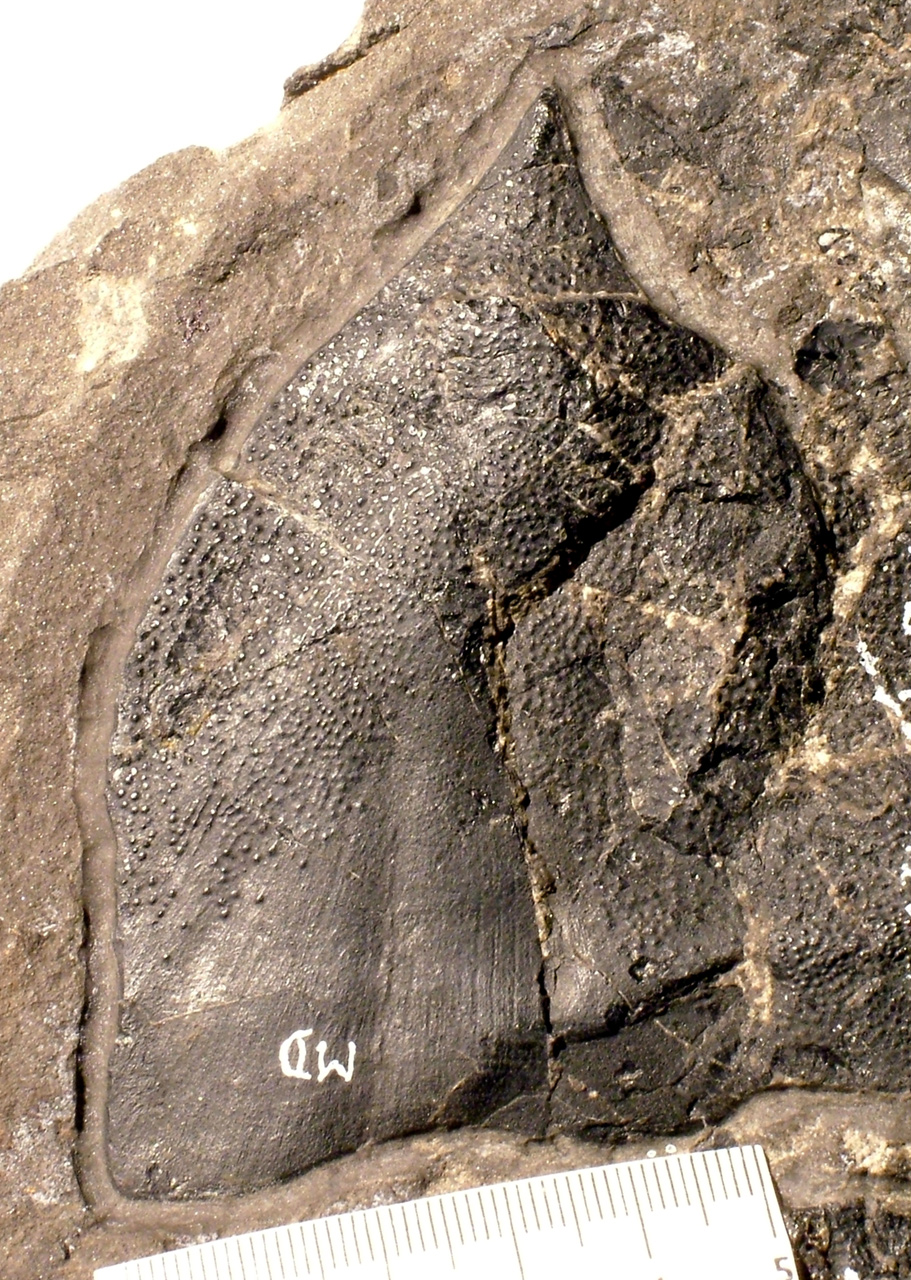 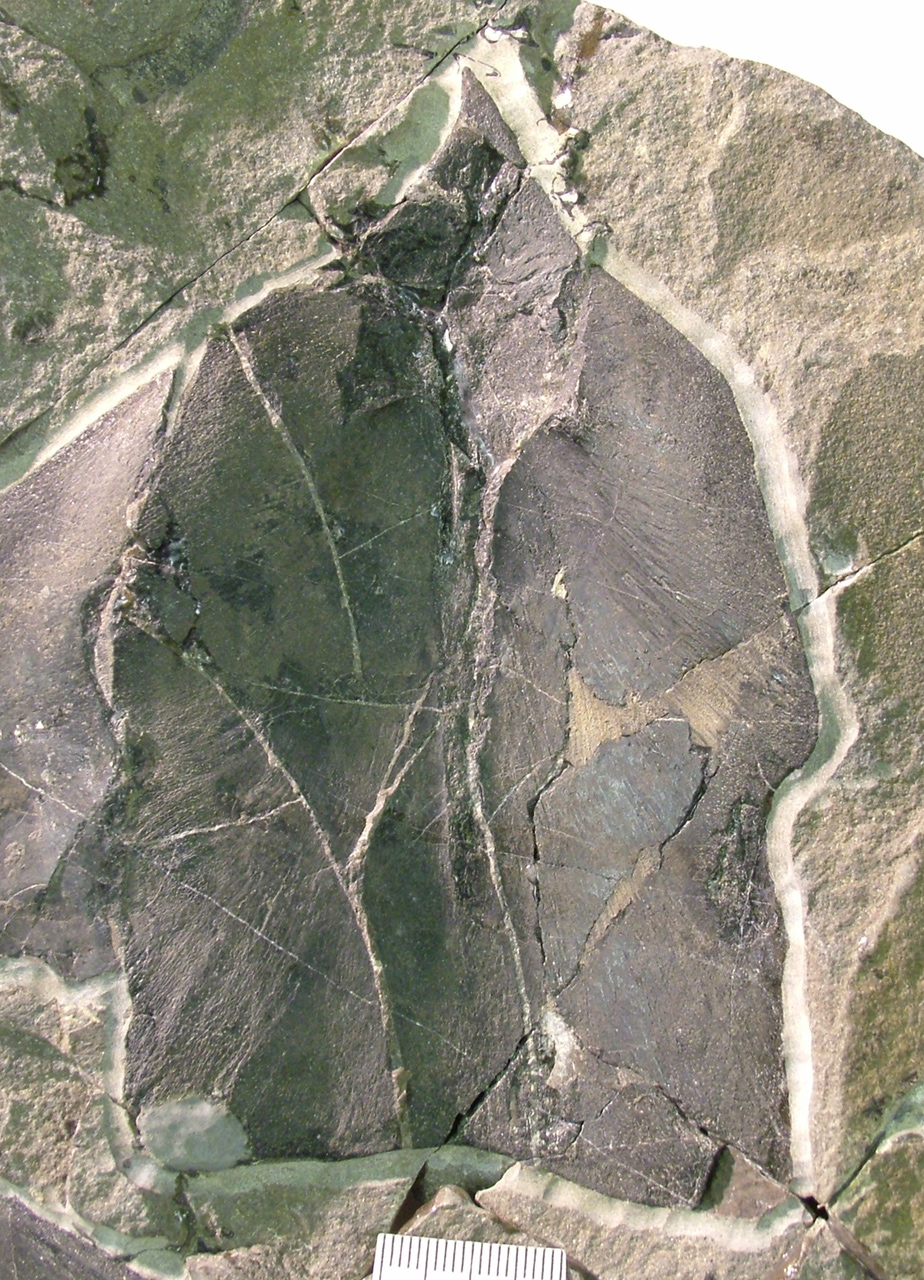 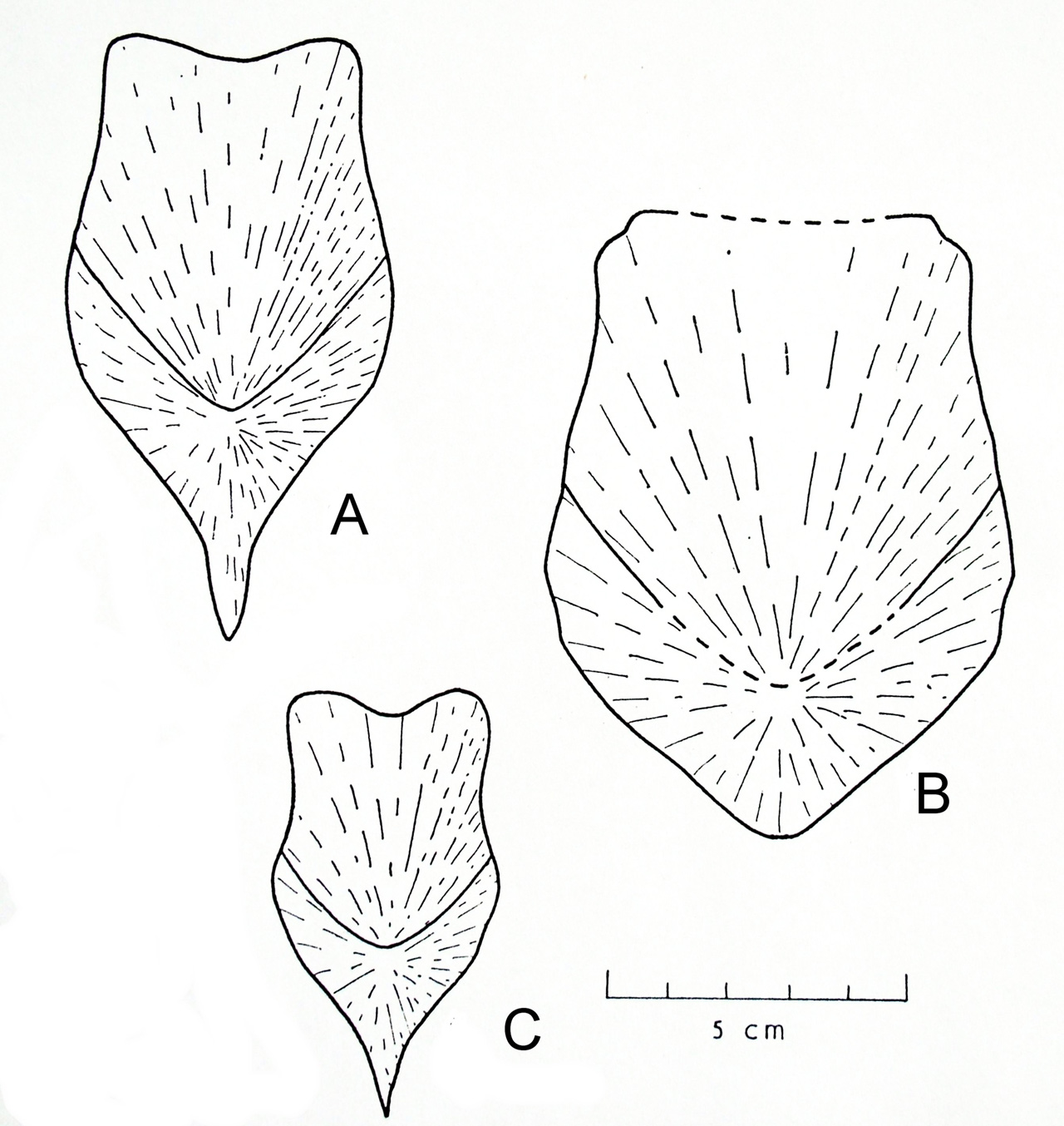 Reconstruction of median dorsal plates of A: Dickosteus, B: Watsonosteus, C: Coccosteus (after Miles & Westoll, 1963 ©). 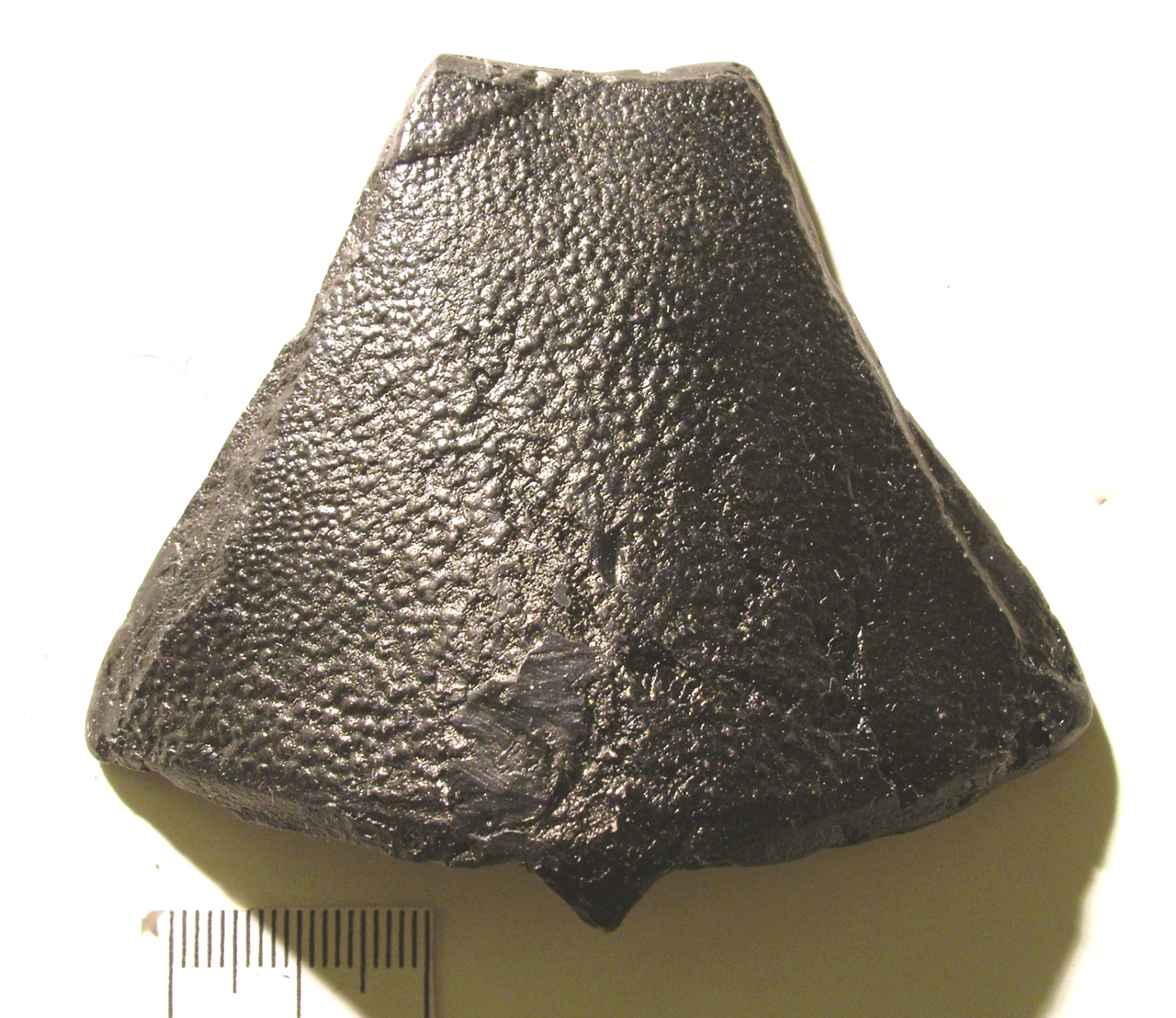 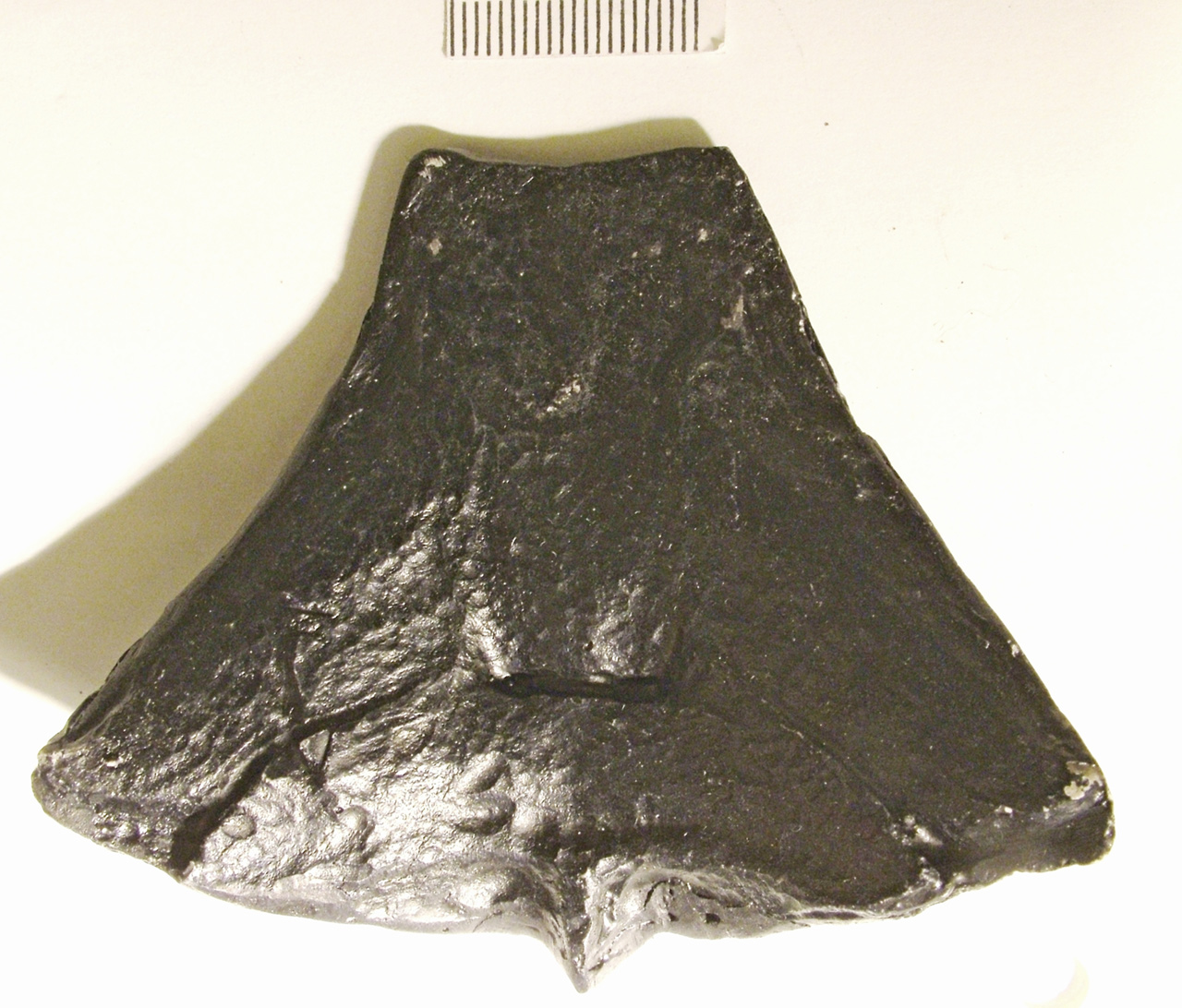 Cast of nuchal plate of Watsonosteus. Original in collection NMS ©.